ICYMI: Our Channel News Roundup for the Week of November 1st 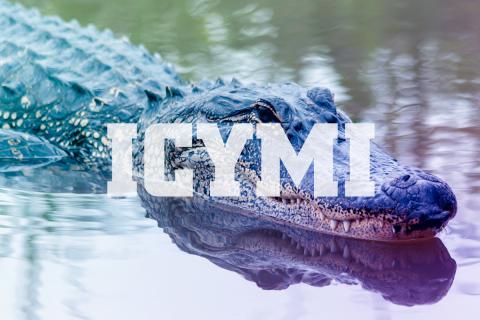 Ignite news from Microsoft, security news from Kaspersky, VoIP news from Ooma, and random news involving tied elections and golf ball eating gators are among the many items we leave you with as you head towards the end of daylight saving time. By James E. Gaskin
Tweet

The NFL just played their week eight games, so that’s the season’s halfway point, right? 16 games, they’ve played 8, so that means halfway. Not this year. In another example of things that never end, NFL teams now play 17 games. What else never ends? Helpful newstips, like these. 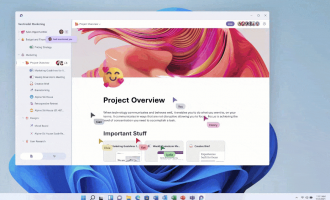 News from Microsoft Ignite. Microsoft, responding to the world of hybrid work with scattered teams, introduced Microsoft Loop (pictured). Three Loop elements work together across all types of Microsoft applications. You can open, modify, and collaborate on Loop components named pages and workspaces from a variety of applications.

In 2022, look for Mesh for Microsoft Teams, a collaborative space that includes holographic experiences, like Meta’s (Facebook’s) metaverse. The first step will be the option to use avatars in place of video or a picture during meetings, a good option on bad hair days.

Speaking of Microsoft Teams, there are two new ways to govern content, thanks to Microsoft Information Governance. Also, you have new ways to retain Teams private channels, and dynamically target specific teams for retention.

Dynamics 365 gets some hybrid work boosts as well, as Teams chats are now embedded within so you can chat without switching interfaces. Let Context IQ suggest team members to connect to, again without switching apps.

A tip of your green eyeshade to salute the fact that Microsoft Cloud for Financial Services is now generally available. Includes Unified Customer Profile to break down silos between legacy systems.

The healthcare market, you may have noticed, has become more prominent in the last 18 months. Microsoft Cloud for Healthcare hit GA a year ago, so it’s time for some enhanced features. Check out AI and machine learning, along with outside programs like Truveta integrating with Microsoft Azure.

Last but not least, the Microsoft Power Platform revved up with some goodies like enhanced collaboration for users building apps, flexible licensing, data insights, and more. 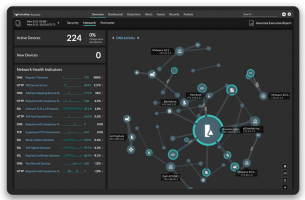 Tracking and defeating Microsoft protocol abuse tricks can be tough, but ExtraHop Reveal(x) 360 (pictured) now uses AI and out-of-band decryption to help you stop those attacks.

Qualys tagged TD SYNNEX as its North American distribution partner, so look for the Qualys Cloud Platform and VMDR on the virtual shelves soon. 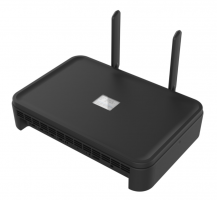 The new Ooma AirDial (pictured) combines phone service and a T-Mobile data connection in one small hardware appliance. Put POTS in the history books, says Ooma, as this works for systems like fire alarms that expect two copper wires running out of the back of the phone.

Products such as Dropbox Business Suite, HelloSign, and DocSend from Dropbox are now available on the AppSmart Marketplace. 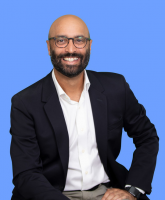 N-able has added Microsoft security exec Ann Johnson to its board and appointed her to its newly formed cybersecurity board committee.

JS Group CEO Janet Schijns was appointed to the board of directors at cybersecurity training vendor NINJIO.

The new CompTIA Tech Career Academy in North Carolina’s Triangle region will train adults 18 and older to fill some of the state’s 39,000 open tech jobs.

NetFortris reinforced its commitment to the channel with its new NetFortris Partner Program, which packs four levels: Bronze, Gold, Diamond, and Platinum. MDF, SPIFFs, and more.

Hello to the Aryaka Accelerate Partner Program that reinforces the company’s channel-first sales strategy. Simplified pricing and online quoting are among many improvements.

Ingram Micro Cloud released its second annual Cloud Technology: The 2021 State of the Channel Report and highlighted the three most important trends: remote work, modern MSPs, and the big three cloud providers pivoting toward the channel. The report recommends resellers and MSPs go deeper and offer end customers strategies to keep their employees happy and safe online. Being the “IT guy” may no longer be enough. The hybrid work revolution powered the cloud infrastructure market to $129 billion, and businesses are increasingly dependent on this for remote workers. This shift away from the office gives modern MSPs and resellers an opening to be proactive change agents. This push will result in the top 20% of MSPs commanding 80% of market revenue gains after the pandemic. Be ready to work with the cloud big three, AWS, Microsoft, and Google, as they increase their focus on channel partner programs.

The Riverbed | Aternity Hybrid Work Global Survey 2021 found that 83% of nearly 1,500 business decision makers believe at least a quarter of their workforce will remain hybrid after the pandemic. That number was just 30% in Riverbed’s 2020 survey. 42% believe more than half their workforce will be hybrid, but only 32% of the total believe they are prepared for the shift to hybrid work, and 88% remain concerned about digital disparity between in-office and remote employees. To help, 89% plan to invest in technology in the next 12-18 months to support their hybrid workforce. Of course, end-to-end visibility and cybersecurity are becoming even more critical, with 57% believing this will be even more challenging in a hybrid work environment. 93% say its critically important to get full end-to-end visibility to protect against cybersecurity threats. And network performance helps save time and money, along with reducing downtime and enhancing collaboration. 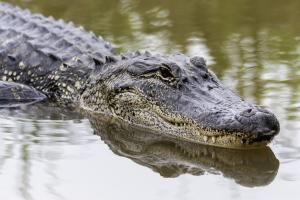 Short straw golfs with the gator. Randomness shows up in the strangest places. For instance, Keith Williams was playing in a golf tournament at the Windance Golf Course in Gulfport, Miss. At the 12th hole, he went near a pond to play his next shot when an alligator strolled up to his ball, took it tenderly in its jaws, and slithered back into the pond.

Yep, an alligator stole his golf ball. Luckily, the U.S. Golf Association has a rule for that, so he got a free drop.

Much farther north, in Portland, Maine, an election for an open city council seat resulted in a tie for two of the ranked field of four. The two winners agreed to let randomness decide the election by following the city charter rules. Brandon Mazer chose a card out of an antique wooden bowl, leaving Roberto Rodriquez the loser. Rodriquez asked for a manual recount, which will be performed on November 9th. Shouldn’t they have done the recount first?

To make it up to Rodriquez, what say we give him a free round of golf at the Windance Golf Course?