ICYMI: Our Channel News Roundup for the Week of November 14th 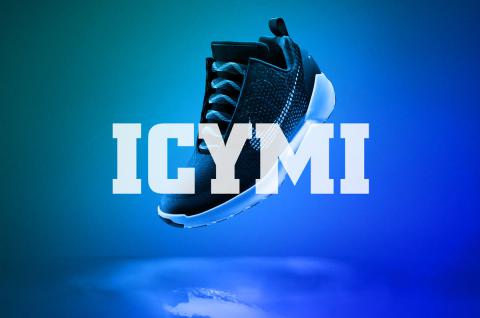 AI news from Intel, SaaS news from Amazon, and magnificent news for lazy people with too much money were all among the stories we didn’t get around to covering for you this week. By Rich Freeman
Tweet

Yeah, yeah, we know. Once again we failed to tell you much of anything about a bunch of stories from the world of IT. But, hey, some of us here at ChannelPro were in Scotland earlier this week. And some of those lately returned people live on the west coast, 8 time zones away from Edinburgh, and have only recently stopped suffering horrible jet lag-induced hallucinations. So, you know, have a little heart before cursing us out for being so late to the following.

Yep, it’s official. Artificial intelligence is where it’s at. We kind of knew that already, but Intel eliminated any lingering shred of doubt this week by proclaiming in as big, loud, and public a way as it could that it too has a master plan for AI. Theirs involves a combination of new processors and software from companies like Nervana, Saffron, and Movidius that Intel either owns or is acquiring.

It’s a sign of how quickly artificial intelligence is establishing itself as the next great frontier of tech industry competition, by the way, that there was no mention of it (short of a very quick, offhand reference to machine learning) in the grand strategic roadmap that CEO Brian Krzanich (pictured) wrote about in April. Doesn’t mean it wasn’t on their radar at the time, but it certainly wasn’t something they felt the need to emphasize much.

Anyway, it’s not entirely clear yet how much advantage owning both the hardware and software elements of an artificial intelligence stack will benefit Intel, but at least they’re showing up to this particular party a little earlier than they did to the mobility shindig.

And before we leave Intel in our rear view mirror…We should note that they’ve also forged a cloud computing alliance with Google. Doesn’t feel nearly as strategic as the AI stuff, but it couldn’t have been welcome news among their pals at Microsoft.

Except, of course, that Microsoft buddied up with Google this week too. By appointing the cloud giant to its .NET Foundation Technical Steering Group, a move Microsoft made public at its developer-focused Connect(); conference in New York.

The other big story from that conference is that Microsoft is now a platinum-level member of the Linux Foundation. Feel free to insert your own “when pigs fly” joke here once again, but Microsoft has been cozying up to Linux for a while, and especially since March, when it announced its intention to ship a Linux edition of its SQL Server database, so this week’s news isn’t nearly as shocking as it would have been once upon a time.

And before we leave Microsoft in our rear view mirror…We should note that they also:

From A to Z, with a stop at C. For “cloud,” of course, because Amazon’s famously all-inclusive online marketplace now offers SaaS applications from outside vendors, including NetApp, New Relic, Sumo Logic, and Trend Micro, among many others. Needless to say, there are plenty of additional SaaS marketplaces out there from distributors like Ingram Micro, SYNNEX, and Tech Data plus specialist vendors like SaaSMAX and Pax8. The difference here is that people who buy cloud services via Amazon’s AWS Marketplace can pay their AWS fees and third-party vendor fees on the same bill.

That’s only convenient, however, if you have AWS fees to pay every month, which probably isn’t the case for most SMBs right now. Even so, any attempt by a company as broad-shouldered as Amazon to muscle its way into a new market is worth keeping an eye on.

And by the way, you did know that the smile in Amazon’s logo points from A to Z, right?

And before we leave AWS in our rear view mirror…We should note that they’ve also put their user friendly QuickSight analytics solution into general availability and announced some forthcoming price reductions for their EC2 infrastructure-as-a-service offering, “just in time to make your holiday season just a little bit more cheerful”.

And now a word from more or less everyone else in the IT industry. Because they had news too this week. For example:

Just a few more. Because there were some non-product-related stories worth sharing this week too:

Another win for technology! Not to mention lazy people with way too much disposable income. We’re alluding of course to those new self-lacing sneakers Nike talked up this week, which for a mere $720 will spare you the time-consuming burden of tying your own damn shoes. But why stop there? If you’re willing to put the kind of money that can get you a pretty good laptop now and again into not lacing your shoes maybe you’d rather not stir your coffee, spin your ice cream cone, twirl your spaghetti, or walk a few feet to get yourself a tissue as well. Of course, to be fair, those gadgets will make you look like an idiot, while wearing $720 self-lacing shows will make you look…wait, what was the difference again?