ICYMI: Our Channel News Roundup for the Week of November 13th 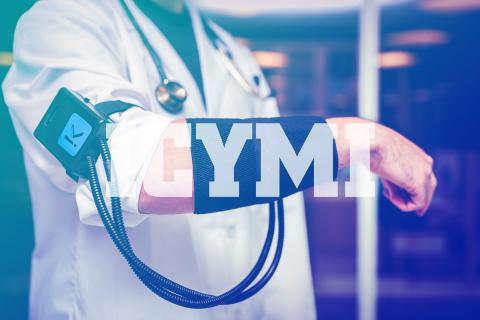 Relax and pull up a headline while you wait for your turkey. We’ve got all the news that may have slipped your attention—and certainly slipped ours—right here. By James E. Gaskin
Tweet

Holidays don’t stop news, they just obscure them. We gathered up some nice bits of business missed earlier as folks looked up from their computers and out toward the holidays.

One news-heavy spot was the Microsoft Connect(); show in NYC. The SC17 conference spit out some news bits as well. And last but not least, we torture some teens for their own good.

Microsoft Connect(); and more. New York, New York, went all Microsoft, Microsoft this week, both in person and via streaming video (a great time to clean your inbox as you watch). Focus was on developing for the intelligent cloud and intelligent edge.

As the European General Data Protection Regulation (GDPR) deadline nears, Microsoft also put the spotlight on another preview, this time of compliance management software for the recently launched Microsoft 365 suite.

Super news. In Denver, the SC17 supercomputing show became the stage for Lenovo’s increased push to accelerate its own AI projects. Something has to be smart enough to manage the 44 trillion gigabytes of data Lenovo says we’ll be wrangling come 2020.

Supermicro also stood on the SC17 stage and chatted up improvements in its Supermicro Big Twin system (pictured) that got it picked up by the NASA Center for Climate Simulation.

And Equus Compute Solutions, long-time custom and white-box builder, revved the fans on its new SDX Platforms of 1U, 2U, and 4U servers and storage chassis.

Surprise! We have some cloud news too! HPE and Rackspace announced a partnership to offer OpenStack Private Cloud capacity on a pay-per-use basis. CANDI announced a team-up with Google Cloud Platform for smart building solutions. Arise launched a new version of its SMB cloud-based customer management solution. And Cohesity revealed that DataPlatform Cloud Edition now runs on AWS.

Now we straddle cloud and security as Barracuda expanded public cloud functionality for its Web Application Firewall and NextGen Firewall. Security On-Demand, meanwhile, rolled out Version 5.0 of its ThreatWatch Platform.

Who goes there? You’ll know if the CyberArk Privileged Account Security Solution v10 has something to say about it.

And we’re still secure-a-clouding, as Forcepoint released 40+ new features for its Forcepoint Cloud Access Security Broker and other tools.

The cloud daddy, AWS, got some help from Chef. Building on AWS OpsWorks for Chef Automate, new goodies include integrated compliance. Remember, you’re not secure until you document and comply.

Other product news in time for Black Friday. Everybody wants faster Wi-Fi. Intel announced new advances on products to accelerate the adoption of 5G, which will be followed immediately by people screaming at vendors to hurry up and release 6G. Until then, check out Intel’s XMM 8000 series of 5G multi-mode modems, the XMM 8060, which is the first commercial 5G modem delivering multi-mode support, and the XMM 7660, an LTE modem supporting speeds up to 1.6gbps.

News about stuff not in a box. Avaya welcomed back Nikos Nikolopoulos (pictured) as senior vice president of corporate strategy, corporate development, and marketing.

SYNNEX has been named an authorized dealer for Microsoft Azure Government.

Rackspace wrote EOF on the acquisition of Datapipe.

Green Cloud has a new partner portal with enhanced tools for provisioning, managing, and reporting on its services.

Remember the GDPR we referenced earlier? Turns out most companies don’t. Thales did some research with Censuswide and, sad to say, only 35 percent of U.S. orgs will be fully prepared for GDPR come the deadline of May 2018. That low total will only bump up to about 50 percent by the end of 2018. Why? Biz folks worry about increasing complexity and red tape (56 percent) and lowered innovation (45 percent). 49 percent believe GDPR will result in an increased number of breaches. Oops.

The new Cradlepoint Business Intelligence Report, “The State of IoT 2017-2018” shed some more light on Internet of Things deployments. Almost 70 percent of companies already have or plan to get into IoT, but 40 percent have serious concerns about cybersecurity. Only 40 percent? Spiceworks ran the study and surveyed 400 IT pros in the U.S., Canada, and the U.K. at companies with more than 500 employees across 22 industries.

You would be lot happier after that previous news if you had a virtual assistant, says Cisco. In a bid to help market the new Cisco Spark Assistant, an enterprise-ready voice assistant for meetings, Cisco put out a 52 question survey. News flash: 94 percent of respondents said they dread meetings (guess that means the other 6 percent are calling all those dumb meetings). Also, people think new technology will lead to more, not fewer jobs, bots as co-workers are not an issue, some folks are more excited than others about virtual assistants (Star Trekkers arise!), and data privacy will be important even when your meeting scheduler is virtual not physical.

Klick Health tortures young people in the name of science. Toronto-based Klick Health unveiled a Parkinson’s disease simulator to help healthy young people empathize with those suffering from age and activity-related illnesses. The firm is also working on a chronic obstructive pulmonary disease simulator that restricts breathing and causes a nagging cough. Hopes are it will cut down on smoking among the youth. Nah.

We spoke to a few millennials for comment. Every single one looked up from their phone just long enough to say, “We’re way too cool for old people diseases.” Yes, and that’s exactly what all the Boomer, GenY, GenX, and other Gen folks said too, friends.

Now we just need something to let the little twerps feel the rain coming in their left knee, a constant backache, and, even better, the butt-puckering anxiety of turning a teenager loose in the family car.

Give Klick Health credit, though—they found new ways to torture young people and wrapped it up in science. Every parent of a teenager now has Klick on their Christmas list.

The Road to Success Is Paved with Service
END_OF_DOCUMENT_TOKEN_TO_BE_REPLACED

Jabra PanaCast Review - Get Your Huddle On
END_OF_DOCUMENT_TOKEN_TO_BE_REPLACED