ICYMI: Our Channel News Roundup for the Week of November 12th 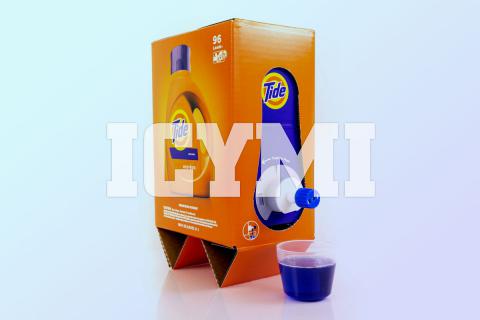 Finally, we reached the end of the push to check enough off our to-do list to not feel guilty taking all that time off for Thanksgiving next week. And while we search for balance in all things, Mother Nature sets a bad example with too much fire in the west and too much snow in the northeast. At least the weather will behave in the northeast for the holiday, or at least that’s what the weather boffins promise. 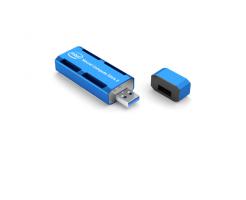 Of course, vision software needs vision hardware. One option is the Intel RealSense Depth Camera D435i, the newest camera in the RealSense line. Give advanced depth-sensing and tracking capabilities to drones, robots, and games. Internal linear accelerators and gyroscopes read your position with precision.

Robotics and everything else will be better when 5G rolls out, and the Intel XMM 8160 5G Multimode Modem is ready to help make that happen. Smaller than a penny, it lets you add 5G support to phones, PCs, broadband access gateways, and maybe those robots mentioned above.

New from RingCentral and Schneider Electric. RingCentral released its new RingCentral unified mobile app (pictured) at its annual user conference. Thumb your way to all internal and external communications needs with one app rather than the average four.

RingCentral added AI-enabled voice analytics too when Gong.io, ThetaLake, and Velvetech became part of the RingCentral Connect Platform Partner Program. Audio recordings for compliance, sales training, and machine learning tools to improve sales are all part of the package.

One more newsbit from the RingCentral ConnectCentral conference: the recent acquisition Dimelo (based in Paris) makes RingCentral Engage an even better customer engagement platform.

Schneider Electric also updated its EcoStruxure IT Expert, a cloud-based infrastructure management product that operates with all IoT-enabled assets like secure power and cooling. Last but not least, EcoStruxure Power 2.0 is fully certified to ISO energy management standards and compliant to IEC cybersecurity standards. 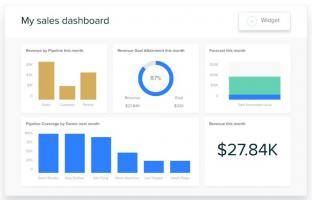 News from Zendesk and Zoho. Zendesk grabbed up FutureSimple, the company that produced Base, and begat Zendesk Sell (pictured), a new sales force automation tool. After all, you can’t service and support your customers until they become customers. Another way to find more customers is Zendesk Sunshine, a new CRM platform. Also helps developers build and deploy customer apps and services faster.

Sticking with the Zs, how about the new release of Zoho Analytics and the advances it made in self-service business intelligence? The data blender, powered by AI, lets you scrutinize massive amounts of data more efficiently.

AI also helps out the new Zoho CRM Plus, an all-in-one sales, marketing, customer support, and operations tool. Make sense of social media with the updated Zoho Social for social marketing. Social faster with better analytics, Facebook integration, and integration with Zoho Desk for support, among other improvements.

Random hardware news. Speaking at the latest Autodesk University event, HP Inc. announced new innovations in the HP PageWide XL printer line. The HP PageWide XL 4000 series is 25 percent faster for the same price, and the PageWide XL 4100 and 4600 single-function and MFP units collected some extra speed force. And there are some new apps, like HP Click for one-click desktop printing.

While USB thumb drives are still darn handy for some uses, they are data promiscuous and will give it up to anyone who asks. But not the newly enhanced Kingston IronKey D300 Encrypted USB Flash drive. Already equipped with FIPS 140-2 Level 3 certification and 256-bit AES hardware-based encryption, the new D300S adds a serial number with bar code for easy scanning, and a virtual keyboard to thwart keyloggers.

Wave a welcoming antenna at the new Omada Business Wireless System from TP-Link for organizations that need high-bandwidth Wi-Fi indoors and out. Build around the OC200 Cloud Controller for easier setup and maintenance through a mobile app.

Supermicro rolled out some new hardware at the SC18 supercomouting show in Dallas. Rack up the new Petascale line of all-flash NVMe storage servers. Or maybe the new NVIDIA HGX-2 based SuperServer, 9029GP-TNVRT with up to 16 NVIDIA Tesla V100 Tensor Core 32GB GPUs. Or perhaps the new SuperServer 6049GP-TRT for AI work, with up to 20 NVIDIA Tesla T4 GPUs.

Every installer knows the pain of a !*&$^%-ing cable run that’s just a little too long to support PoE. Alleviate that agony with two new long-range gigabit PoE+ switches from TRENDnet. You have a choice of the 5-Port Gigabit Long Range PoE+ Switch (TPE-LG50) or the 8-Port version (TPE-LG80). A DIP switch on each unit turns on the distance boosting to up to double the distance of the current standard. 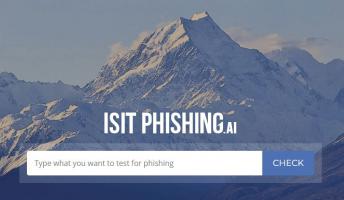 Missing some security news? Vade Secure (email defense) added to its catalog with IsItPhishing Threat Detection. Get a real-time verdict about whether a suspicious URL is a phishing ploy.

Digital Defense stepped up to the next generation of its Frontline Active Threat Sweep (Frontline ATS) as an option to Frontline Cloud. Use it to boost existing protection tools.

SentinelOne has integrated MITRE ATT&CK, a globally-accessible knowledge base of adversary tactics and techniques, into its next-gen protection platform. 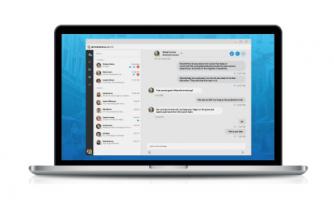 Still looking for a useful purpose for augmented reality? Try out the newly available TeamViewer 14 with TeamViewer Pilot, which uses AR for remote assistance.

The Microsoft Azure Marketplace now includes Nerdio for Azure, which comes with some new security features.

Nimble wants to put its Mobile CRM 3.0 for Android in your pocket.

You want to retain your data safely for a long time for compliance and smart data security, right? Unitrends version 10.3 software for Recovery Series hardware and Unitrends Backup virtual appliances promise to change the economics of data management for long-term retention without sacrificing recovery time and other access needs.

Want subscription pricing for your SD-WAN? Talk to Riverbed SD-WAN for a virtual appliance or a WAN Edge solution, both with acceleration, visibility, and security in a single device.

Altaro (data protection) stepped up its WAN-Optimized Replication to v8, allowing customers to make ongoing copies of their VMs and access them quickly if needed to shorten recovery time objectives. 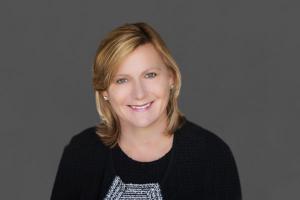 Speaking of acquisitions, SAP will acquire Qualtrics (experience management) for $8 billion in cash.

Speaking one last time of acquisitions, Citrix has bought Sapho, a micro app platform vendor what will help it enhance the guided work capabilities in Citrix Workspace.

Datto released the findings of its third annual Global State of the Channel Ransomware Report, a survey of 2,400 MSPs supporting nearly a half million SMBs. Guess what? Ransomware remains a serious problem. While ransoms average $4,300 per attack, the cleanup and related costs add up to an average of $46,800. Best options? Datto’s advice, not surprisingly, is business continuity and disaster recovery technology that can roll back encrypted data to a non-compromised state. MSPs report that 90 percent of protected clients erased effects of an attack within 24 hours. Of course, employees still need training, since phishing attacks remain the most common attack vector.

The pain referenced in the inaugural Small Business Social Media Confidence Survey from Sensai (social media marketing) won’t hit for a few months yet, but the study revealed that 46 percent of respondents find social media marketing harder than filling out income tax paperwork. Really? Yes, really. Is IG scarier than the IRS? Could be, since 66 percent reported they were not confident when it comes to social media networking, even though 57 say it’s one of their most important digital marketing channels. Almost a third said social media is their most important digital marketing channel. Anyone want to go back to putting ads in the Yellow Pages?

J.D. Power does more than car commercials, believe it or not. In a study of wireless router customers  with 846 respondents, it found satisfaction improved in 2018 from 833 to 841 on a 1,000-point scale. Linksys (848) hit the top, followed closely by a tie between ASUS and TP-Link (843). NETGEAR and Belkin came in fourth and fifth.

Time to start Christmas shopping, but not time to get desperate yet. McAfee’s Holiday Stresses survey found that more than half of online holiday shoppers would purchase from a dicey online retailer for a good price. That’s because almost 8 of 10 feel financial stress when gift shopping, and just over half let that anxiety make them “careless” while shopping online. Suggestions? Avoid public Wi-Fi when shopping, think before you click, use protection (you know, browser security with HTTPS), and use some type of identity theft protection and a recovery tool just in case. 2,472 U.S. adults responded in October 2018.

Would you like Tide with those cheese and crackers? Who is the new designer at Tide Detergent, the Darwin Awards? Last year people were noshing on Tide Pods while filming the resulting purge on YouTube. Maybe Tide shouldn’t make the pods smell so good. Or do they smell like soap and teenagers are just idiots? Probably that one.

Once is a mistake, but twice? Now Tide has a new box for their liquid pack that looks for all the world like a box o’ wine your sketchy aunt buys at the grocery store. It’s called an “Eco-Box” because it uses less plastic than the older milk-jug type container. But the spigot whispers “chardonnay” even though the box says Tide.

Tide executives swear they are completely baffled by all this attention. After all, they put a Tide label on each side of the box, and even a photo of a giant Tide bottle like they used to use. But really, have we ever talked about Tide detergent before? It’s not like servers need a good scrubbing now and then (they do, but on the inside with security tools, not with Tide).

Somebody warn YouTube to be on the lookout for teenage idiots (a redundancy) filming themselves washing down Tide pods with Tide-arnnay.