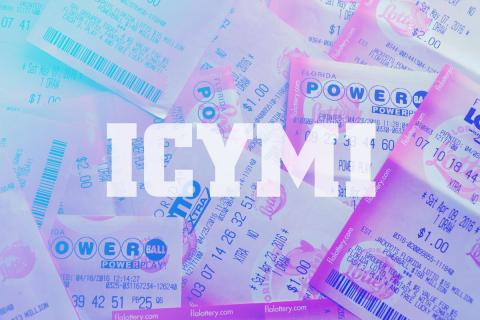 Event news from Intel, SAP, and Google, managed security from Microsoft, an integration between Liongard and Gradient MSP, and proof that knowing math can pay off at the lottery are a few of the stories we’ve finally managed to bring you. By James E. Gaskin
Tweet

The Reddit Meme Stock Pick Club was back at work, pushing GameStop (GME) up 10% while the rest of the market was down. Other hot Redditor stocks include AMC Theaters and Bed Bath & Beyond. On the other hand, those who live online love games, staying home (maybe in bed), and when they go out, movies. Maybe it’s not the Meme Club, it’s just buying what you know. 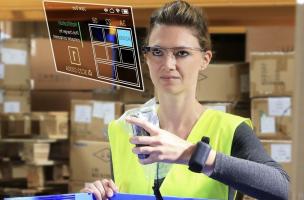 News from conferenceland. Intel Vision 2022 was cloudy, but not clouded. Lots of cloud-to-edge products, along with the new Habana Gaudi 2 AI processor and 4th Gen Intel Xeon Scalable processors were on view. Project Apollo boosts enterprise AI deployments, and a data center GPU code-named Arctic Sound-M is the first with an AV1 hardware-encoder.

Both new Intel processor families are featured in new models from Supermicro, such as the Gaudi AI Training Server for deep learning or the 2U 2 Node single processor servers with the Intel Arctic Sound-M GPUs for cloud gaming, streaming, and more.

Intel also rolled out some security goodies such as BeeKeeper AI to help Microsoft Azure’s confidential computing infrastructure stay safe and some tools for their Secure Quantum computing program.

Over at its I/O conference this week, Google unveiled the Google Pixel 6a, an A-series phone shipping in late July with a mid-level price of $449. Metal frame, three interesting colors, Night Sight camera tools for low-light situations, and Live Translate. The rest of the Google Pixel portfolio will include the new Google Pixel Watch, Pixel Buds Pro, and attendees got an early look at a new Android tablet too.

Clouds keep filling up with files, and Western Digital (which held a conference of its own this week) pulled the curtain on a new family of high-capacity SSDs for cloud data centers. Samples are available of the Ultrastar NVMe PCIe 4.0 to some hyperscale customers. Size matters, and these drives hold up to 15.36 TB. Need help with your hybrid workforce? New purpose-built PC SN740 NVMe SSD models will rev up OEM PCs. 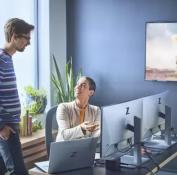 Those looking for heavy-duty gaming in the lightest possible package will enjoy the new Lenovo Legion Slim 7i and 7, 16-inch gaming laptops that are as thin as 0.75 inches thick and weigh only 5.5 pounds.

The Webex Room Bar uses AI to frame meeting participants correctly and remove noise. On the other end, a new Cisco Desk Camera 1080p might do the trick for desktop users without a camera in their display. 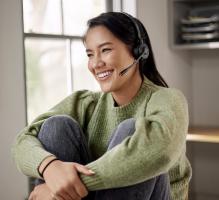 Other product news. If you think accounting is boring, you’ll think billing reconciliation is torture. Automation platform Liongard teamed with Gradient MSP to pull actual usage data from systems and compare that against billed amounts and adjust automatically.

All the remote support tools for today’s hybrid work environment rolled up into GoTo Resolve are now available in the GoTo Resolve Slack App.

Whether you’re in your cubicle or serving as a napping surface for your cat at home, you still need to be heard clearly on the phone. Hello to the new Jabra Engage 55 hybrid work headset (pictured, on someone not working), which includes noise canceling technology.

Kodak Alaris launched two new scanners: the S3120 and S3140. Both personalize workflows with the included Smart Touch software and process up to 140 pages per minute. 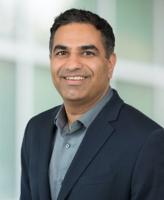 Non-product vendor news. The red carpet unfurled at Egnyte for Ravi Chopra (pictured), the new CFO. But wait, there’s more! Egnyte revved up its partner program with dedicated pricing and packages for partners; a dedicated team of solution engineers, marketing support, services pros, and other experts; and an expanded partner portal with slick new sales tools.

Now part of Citrix, Wrike work management tools will be available to partners through Ingram Micro’s cloud to U.S. resellers first, and then elsewhere later.

Deals were made so that Ivanti Neurons for Zero Trust Access (ZTA) works with Lookout’s Cloud Access Security Broker and SecureWeb Gateway.

Splashtop’s 2022 State of Remote Support Market Trends Report found, no surprise, that the rapid shift to a fully remote and now distributed workforce came at a cost: 65% of IT help desk teams in the U.S. report an increase in stress to unstainable levels. Care to guess why? 94% say their help desk has been hit by hiring and retention challenges, and skill shortages in the employees they do have were mentioned by 67%. Remote support means higher ticket volumes, more devices to support, and far greater security challenges. 95% report they face new technical challenges supporting remote users but realize hybrid work is critical. No surprise, but user error accounts for half or more of all IT help desk tickets, according to the 70% who said it out loud. Augmented reality for support is a big deal for 42% and helps resolve issues. 200 IT decision makers in North America provided responses.

A new report from Kaspersky titled How Business Executives Perceive the Ransomware Threat finds that 88% of global organizations previously attacked by ransomware would choose to pay the ransom if attacked again. Those who haven’t been victimized are more defiant, with only 67% willing to pay. Unfortunately, 64% of companies have already suffered an attack. Of previous victims, 33% are inclined to pay as soon as possible to get their data back, while only 15% of non-victimized companies will pay that quickly. 97% of those who paid a ransom believe that’s the most effective way to get their data back and would pay again if attacked.

The State of Ransomware and Disaster Preparedness 2022, a white paper from IDC commissioned by HPE company Zerto, brings up the significant growth in unrecoverable data after ransomware attacks. 509 North American and Western European medium-to-large companies reported an average of over 19 total attacks and 2.3 ransomware attacks in the past year. 93% suffered a data-related business disruption in the past 12 months, and nearly 68% were hit four or more times. 83% admitted at least one attack resulted in data corruption, while almost 60% experienced unrecoverable data loss in the past 12 months. Over half, 55%, are adopting a cloud-centric data protection strategy as the result of the shift to the cloud. A growing role for continuous data protection with the possibility of an effective recovery point objective of seconds will become increasingly important as companies lack confidence in current backup and disaster recovery processes.

NetApp’s annual Cloud Infrastructure Report finds companies continue to accelerate cloud adoption, but many don’t believe they’re effectively optimizing their infrastructure. Confidence in visibility into public cloud costs dropped from 31% in 2021 to only 21% in 2022, and 62% will focus on cost management this year. While 96% say FinOps is important to cloud success, only 10% report they have a mature FinOps practice. 90% have or plan to have a Cloud Center of Excellence, while 61% of those who do say their reward for good work in the past is more responsibilities in the future. It’s nice that 71% use MSPs for cloud operations and 100% of those say they benefited from that relationship. 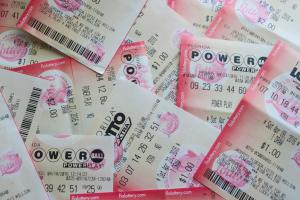 Revenge of the math nerd. People who play the lottery have a wide range of tricks to generate their numbers. Birthdays, addresses, phone numbers, random choice by the ticket machines, and even guidance from fortune cookies are popular options.

Math nerd for the win! Ruby won a jackpot of $192,941 for remembering the first six numbers after the decimal point.

ChannelPro 5 Minute Roundup for the Week of January 23rd, 2023
END_OF_DOCUMENT_TOKEN_TO_BE_REPLACED