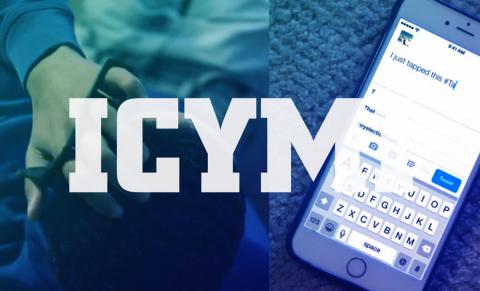 Some big new Internet of Things announcements, an interesting take on where the server virtualization market is headed, and the ultimate enabler for your hopeless texting addiction were all among the stories you may have missed this week. By Rich Freeman
Tweet

There we were, feeling pretty good about how well the ChannelPro team filled you in on the latest from Kaseya, Lenovo, Sophos, Spiceworks, and others this week. And all the while the rest of the IT industry was churning out a gazillion other stories that we didn’t write about. Here’s a recap of the biggest ones we couldn’t get to.

First, let’s fess up. Strictly speaking, we didn’t actually cover all of the news out of Lenovo this week. Yes, we told you about their Accelerate 2016 partner conference and a couple of new laptops, but said nothing about the new Lenovo Smart Meeting Room Solution that also debuted this week. Co-developed with Intel, it combines a Lenovo ThinkCentre Tiny desktop with Intel’s Unite videoconferencing technology, giving Lenovo partners a new way to sell solutions rather than boxes to their clients.

Lenovo Accelerate wasn’t the only big conference this week, by the way. There was also Internet of Things World, which had some of the largest vendors in techdom vying to make the splashiest IoT-related announcement. For example:

And finally, while it didn’t use Internet of Things World as it’s venue for saying so, Webroot shipped its new BrightCloud Threat Intelligence for IoT Gateways security service.

And then there was Microsoft. Which may not have launched anything new at Internet of Things World, but sure did participate actively. And besides, they shared plenty of non-IoT news this week, including:

There are some more bullet lists coming soon. So let’s take a quick break from them to reflect on yesterday’s word from Gartner that while x86 server virtualization revenue will be up 5.7 percent this year, license shipments will actually decline for the first time since the whole server virtualization phenomenon took off over a decade ago. In other words, we’re nearing (if not past) peak virtualization. The main reason why, contends analyst Michael Warrilow (pictured), is a shift from virtualization to its opposite, “physicalization,” especially in the SMB space.

We now return you to our regularly-scheduled ginormous bullet list. It’s packed with product news that involved neither the Internet of Things nor Microsoft:

Hard to believe after all that, I know…But vendors did more than launch new products this week.

And finally, here’s great news, smartphone addicts! The tool you need to text and tweet everywhere, all the time, no matter how stupid it makes you look, is finally on its way. Called Tap, it’s a Bluetooth-enabled gizmo that lets you use pretty much any surface—including, based on the promotional video below, your skull apparently—to type one-handed messages. Are you the kind of person hungry for a way to text while bicycling, or who can’t bear to go the length of an entire 30-minute meeting without surreptitiously exchanging missives with pals under the table? We suggest you get yourself on the waitlist for the forthcoming product immediately. And then seek professional help. Because, really, if you recognize yourself in Tap’s hypothetical use cases you may be badly overdue for a digital detox.

ChannelPro 5 Minute Roundup for the Week of January 11th, 2021
Why IT Is Still Great for Career Changers, Even Amid COVID-19
END_OF_DOCUMENT_TOKEN_TO_BE_REPLACED

Jabra PanaCast Review - Get Your Huddle On
END_OF_DOCUMENT_TOKEN_TO_BE_REPLACED