ICYMI: Our Channel News Roundup for the Week of May 6th 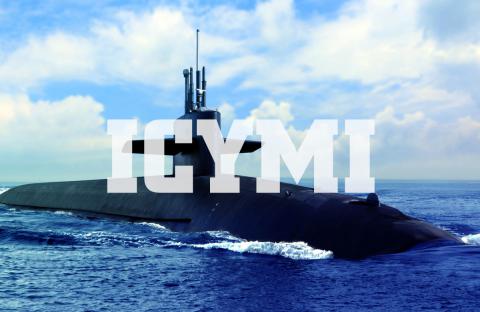 Conference news from (deep breath) Microsoft, Nutanix, SAP, Google, Red Hat, and ServiceNow, plus a reminder for submarine crews that closing the hatch is pretty important, are among the many stories we’ve just now found time to report. By James E. Gaskin
Tweet

Someone should remind the weather programmers that we can’t have our typical summer drought if the middle half of the country keeps flooding. Rivers are coloring outside the lines wilder than a four-year-old on the first day of Pre-Kindergarten. And like that four-year-old, our attention wandered, and we missed some news bits from a busy week of conferences, so let’s catch up. 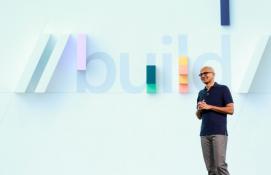 News from Microsoft Build. The annual developer conference for Friends of Bill, Microsoft Build, happened this week, so hang on. First, data omnivores will glom onto Microsoft Graph data connect. The service grabs data feeds from here and there and provides new insight-powered applications, sometimes with help from Azure Data Factory. Fluid Framework, a web-based and componentized document model for shared interactive experiences, can help you revitalize the static document. Microsoft Edge gets an IE mode tab for those companies running apps built on IE. And more.

Artificial intelligence (the real stuff, not that exec who reads one issue of Forbes and believes he’s the productivity whisperer) and MyAnalytics will combine to offer a dashboard called Insights in Outlook, as well as weekly email digests, to provide usable personal productivity information. Fewer distractions means more (and better) work.

Updates to AppSource and Azure Marketplace offer a broader set of features for partners selling cloud products. Like transaction capabilities for partner SaaS solutions. Like an expanded IP co-sell program, and a new channel for ISVs.

Azure IoT saw some spotlight time at Build, powered partly by that $5 billion commitment last year. This year, IoT Plug and Play, based on an open modeling language, lets IoT devices connect to Azure IoT Central (and partner solutions) and start interacting, all without writing new code. The Azure Sphere hardware ecosystem continues to grow, making it easier to bring in new classes of IoT devices.

Once IoT device data gets to the Azure cloud, the real work begins. To help this and many other projects, Azure SQL Data Warehouse announced some new goodies to improve price-performance, flexibility, and security. 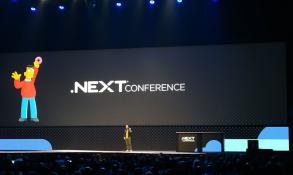 News from Nutanix .NEXT and SAP SAPPHIRE and Google I/O and Red Hat Summit and ServiceNow Knowledge and…oh my there were a lot of conferences this week. At its .NEXT event, Nutanix rolled out Nutanix Xi Frame for private clouds, Nutanix Xi Leap to extend cloud-based DR, and more security.

Nutanix Mine (a new open solution integrating secondary storage operations with the Nutanix Enterprise Cloud Platform), also made its debut. It works with leading backup vendors like Veeam (above), HYCU, Commvault, Veritas, and Unitrends. Nutanix Mine with Veeam, a tightly linked combo package of Veeam Backup & Replication with Nutanix Enterprise Cloud Platform, is now in beta.

At the SAP show, innovations to SAP S/4 HANA make adding AI, robotics, and app customization easier. The 1905 release of SAP S/4HANA Cloud has all this and more, such as financial journal entry with intelligent robotic process automation.

SAP SE partners now can get 12 months of free access to test and demo systems on SAP S/4HANA Cloud. This works across five different cloud solution portfolios, but you’ll need to have some consultants certified.

Now let’s tie some things together. SAP and Microsoft extended collaboration to physical assets in the IoT space. Hence the availability of SAP Leonardo IoT integration with Azure IoT Hub. In fact, Microsoft Azure integrated even more tightly with SAP HANA in a variety of ways, including 6 and 12 TB VMs, bare metal instances with Intel Optane (coming Q4), and Azure AI integration into SAP’s digital platform.

Yes, Red Hat (now part of IBM) had a show too, and now has a new logo to boot. But this newsbit is about Red Hat tightening its alliance with NVIDIA to scale artificial intelligence and machine learning across hybrid cloud environments.

New strategic partnership for ServiceNow as well. As a first step, ServiceNow IT Operations Management (ITOM) integrates with Google Cloud.

Tired of peeling off a thousand-dollar bill for a new phone? Google Pixel 3a lets you get $600 change back. Same great camera, Google Assistant, battery life, and security. 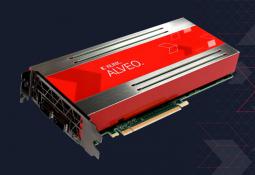 Distributors made some news, too. At its Beyond Security conference, SYNNEX announced new cybersecurity program management tools, an expanded NOC, security management support through a SIEM and SOC-as-a-Service, and access to a tool by Vation Ventures for assessing emerging technology manufacturers. Word came as well of a new Technology Modernization Advisory Council aimed at helping resellers understand the best ways to leverage SYNNEX offerings in security, networking and unified communications.

D&H signed papers with Axcient to offer its business availability and cloud migration tools for MSPs. 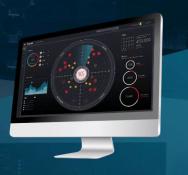 Interested in the Cynet 360 Incident Response Tool? Use it (pictured) for free to track and remove active IT security threats.

And then there’s this: 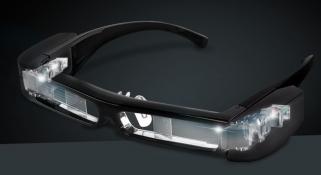 ThinPrint announced details of its print solution built specifically for Windows Virtual Desktop running Windows 10 on Azure. A new version of ezeep will be ready in July for the Microsoft rollout.

Jamf (Apple management) updated Jamf Pro and Jamf Connect, and launched Jamf School to provide education technology to any school of any size in the world. 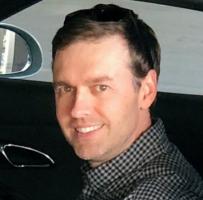 Say farewell to Greg Clark, the now ex-CEO of Symantec, who has been replaced on an interim basis by Richard Hill, a current Symantec director and former CEO of Novellus Systems. Logitech and Hewlett Packard Enterprise veteran Vincent Pilette, meanwhile, has been named EVP and CFO.

OpenText (information management) told the world its content services can now be delivered through SAP Cloud Platform and other SAP products.

Those interested in VMware Cloud on AWS can now purchase same directly through AWS and AWS Partner Network partners in the AWS Solution Provider Program.

People worry about data breaches in the cloud for the right reasons but look at the wrong area for culprits, according to a new Kaspersky Lab report. Users want to blame the cloud provider, but surprise, surprise, the culprits are the users themselves. Data breaches of public cloud infrastructure are the results of social engineering 88 percent of the time in SMBs, and 91 percent in enterprises. Yet 35 percent of SMBs and 39 percent of enterprises are concerned about problems caused by a third party. One problem (of many) is that few small and large companies (39 and 47 percent) have implemented tailored protection for the cloud. Most rely on the cloud provider’s protections, perhaps giving them a false sense of security.

In the same vein, the Third Annual Ponemon Institute’s study on Third Party Risk for the IoT found companies don’t know what they don’t know. Why? Only 21 percent of board members are highly engaged in security practices and understand the risks in general. Few companies make board-level governance an essential part of their risk management program. Few have approved enough staffing and budget to manage third party IoT risks. Most conduct no employee training on the risks from IoT. The Ponemon report warns that IoT regulatory oversight will rise. 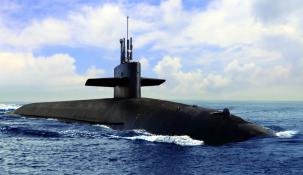 Details, details. Remember back when your parents yelled at you to close the door? Parents in India must not do that, because unnamed sailors haven’t gotten that message.

Now, if you’re just letting flies in or the cold A/C out, that’s bad enough. But when the door you forget to close is a hatch on a $2.9 billion nuclear submarine, no amount of parental yelling can make it right. Nope. The INS Arihant, India’s first nuclear submarine, has been out of commission for the last 10 months because someone forgot to close a hatch soon after the sub’s launch. Water, as one would expect, flooded into the submarine.

The long repair time has been needed to replace many of the pipes carrying pressurized water coolant to the 83-megawatt nuclear reactor. While “nuclear reactor” sounds all high tech, it really just uses radioactivity to heat water to spin a turbine blade and provide power. Since seawater is corrosive, smarter heads prevailed and the order was given to replace pressurized pipes just in case.

Next, the Indian Navy should invest in a bunch of signs that say, “Please close this hatch before the submarine dives underwater.”

ChannelPro 5 Minute Roundup for the Week of April 5th, 2021
END_OF_DOCUMENT_TOKEN_TO_BE_REPLACED

Jabra PanaCast Review - Get Your Huddle On
END_OF_DOCUMENT_TOKEN_TO_BE_REPLACED