ICYMI: Our Channel News Roundup for the Week of May 30th 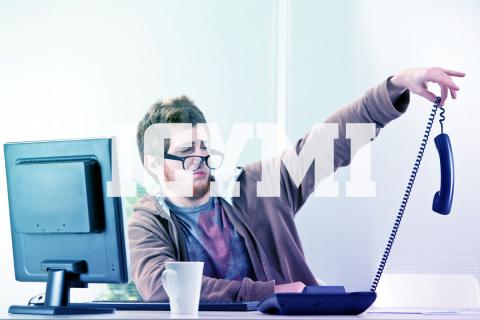 Software from ESET and VMware, laptops from Microsoft, and a law against voicemail hell from Spain are among the stories we finally got around to just before the weekend. By James E. Gaskin
Tweet

Hurricane season officially started on Wednesday, June 1, and our first contestant is a Tropical Storm named Alex spinning up off the Yucatan Peninsula in Mexico and heading straight for south Florida. Do the online betting services have on over/under for the numbers of storms this year? Take the over. And take these hot newsbits with you into the shelter.

News from VMware. Hello to VMware Contexa, full of new security tech to monitor the breadth of your VMware network, endpoint, and user technologies to see what other solutions don’t and stop the bad things.

Protecting endpoints is just as important, hence the updated VMware Workspace ONE to help manage and secure all employee devices, including the wide variety of mobile endpoints. 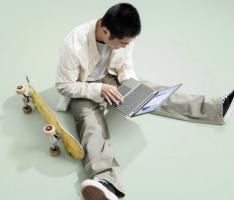 News from Microsoft. The Microsoft Surface Laptop Go appeared in the fall of 2020, time enough to need an update and to improve many details for the new Surface Laptop Go 2 (pictured). Less than 2.5 pounds, 12.4-inch screen, quad core 11th Gen Intel Core i5 processor, powered by an all-day battery.

Microsoft, Accenture Sustainability Services, and Avanade expanded their partnership to help organizations improve sustainability with an eye to reducing carbon emissions and more. 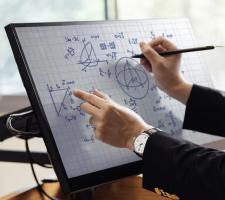 Other product news. As promised mere weeks ago, ConnectWise’s incident response service is available on demand.

Network electrical signals have yet to learn how to jump across open space between plug and port, so air-gapped systems have a security advantage. Clumio SecureVault Lite for Amazon Elastic Compute Cloud and Amazon Elastic Block Store offers air gap protection at about the same cost as account snapshots.

Stepping up its EdTech game, ViewSonic’s new ID2456 (pictured), a 24-inch touch monitor with an MPP 2.0 active pen, becomes a smart podium to share to other screens, with 10-finger touch functions and support for high resolution projectors.

Kodak Alaris scanners get a software bump with the new update to the Capture Pro document capture software. Includes support for Windows 11, Windows Server 2022, and TLS 1.2. Updates to the OCR and barcode engine are included. 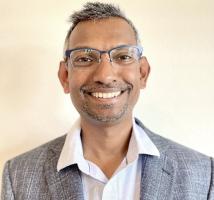 Non-product vendor news. The red carpet at VuWall was for Nick Mathis, who joined as director of business development for the U.S. market.

The new guy in the breakroom at Logicalis US is Mohammed Ibrahim (pictured), the new VP of managed services.

Google jumped into the cloud business, and therefore the cloud security business, early, and the Googlers now offer a way to team up and leverage that expertise with the new Google Cloud Security OEM Partner Program.

If you’re a member of the Aryaka Accelerate Channel Partner Program, check out the new Aryaka Certified Partner online training and certification option.

You may now get Axonius through Amazon Web Services following the completion of the Amazon Foundational Technical Review process for security and reliability.

In its first direct agreement with a technology provider, UPSTACK will source and sell Lumen’s integrated portfolio of IT services to customers.

We all knew revenue from everything cloud jumped recently, but we didn’t know how much until now. The Worldwide IaaS Public Cloud Services Market Share, 2020-2021 from Gartner showed the market grew 41.4% in 2021. The usual global suspects led the way as the top five IaaS providers accounted for more than 80% of the market, meaning Amazon, Microsoft, Alibaba, Google, and Huawei. Amazon dropped from 40.8% of the market in 2020 to 38.9% in 2021, while Microsoft, Google, Huawei, and “Others” grew. Growth over the period was led by Google followed by Huawei and Microsoft. While Huawei grew at 56.3%, which looks darn good, the two years before its growth rate topped 200%. Alibaba continues to lead the Chinese cloud market and is poised to be the leading regional provider in Indonesia, Maylasia, and other emerging Pacific countries.

Run-of-the-mill cyber criminals cause enough problems, but the Human Factor 2022 report from Proofpoint found the crooks are getting creative. Every day, Proofpoint analyzes more than 2.6 billion emails, 49 billion URLs, 1.9 billion attachments, 28.2 million cloud accounts, 1.7 billion mobile messages and more. Findings? The bad guys shifted attention to the most loved and least protected device we use, the smartphone, with over 100,000 telephone-oriented attacks per day. Even within that range, highly privileged executives and managers were targeted by almost 50% of attacks, even though they’re only 10% of total users. 80% of businesses were attacked through a compromised supplier account each month. Ever opportunistic, phishing lures follow popular subjects, like Squid Game in the fall of 2021, playing off the popularity of the Netflix series.

Criminals don’t ignore SMBs, unfortunately, as the CyberCatch Small and Medium-Sized Businesses Vulnerabilities Report (SMBVR) for Q1 2022 showed clearly. Focusing on SMBs in North America, The SMBVR found 78% of Canadian SMBs have spoofing vulnerabilities that a cyber attacker can identify and exploit. Session riding vulnerabilities were detected in 50% of U.S. and 49% of Canadian company respondents out of the 12,050 in the U.S. and 1,172 in Canada. Spoofing, clickjacking, session riding, and sniffing were the four key vulnerabilities of studied SMBs. A higher rate of vulnerabilities was found in defense contractors, manufacturers, MSPs, technology companies, colleges and universities, legal and accounting firms, and medical practices in both the U.S and Canada. 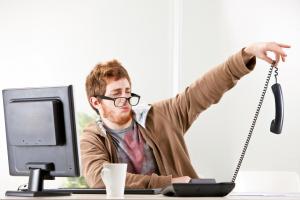 The human touch. Despite automation, or maybe because of it, customer service departments actually got worse over the years, as a mounting screams of frustration have proven. Reaching a person seems purposefully difficult, as companies either try to cut costs or avoid supporting their products.

The government of Spain had enoug h, thank you very much. At least the left-wing coalition government party did, and they presented a new bill to Spain’s parliament.

Companies will be forced to answer calls within three minutes if the bill passes, and offer access to a real live person if the caller requests it. Basic service providers like utilities and ISPs must offer customer service 24x7x365, and customer complaints must be responded to within 15 days.

Come on, Spanish left-wingers, turbocharge this bill. Make the execs of the 100 largest organizations take a turn on the support line at least one day per month. Giving execs an earful of angry customers regularly will galvanize much-needed improvements, right? If not, at least it’ll keep those VPs from wreaking havoc one day per month.

ChannelPro 5 Minute Roundup for the Week of January 23rd, 2023
END_OF_DOCUMENT_TOKEN_TO_BE_REPLACED