ICYMI: Our Channel News Roundup for the Week of May 24th 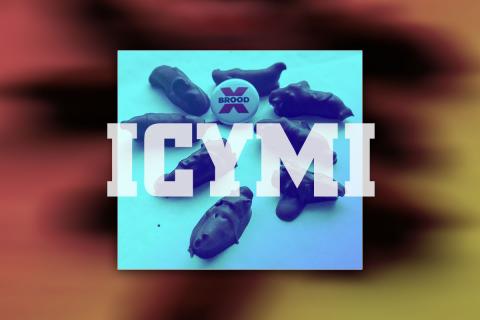 Azure updates from Microsoft Build, laptops from Acer, and a tasty new use for swarming cicadas are all among the stories we’re sending your way just in time for the holiday weekend. By James E. Gaskin
Tweet

While everyone focuses on the cicadas crawling above ground after a 17-year nap, the tick population has exploded. The Weather Channel calls this a “tick time bomb,” and no phrase ending in “time bomb” is a happy one, right? Special warning to the upper Midwest, where lots of humidity and an early spring prompted a tick explosion. 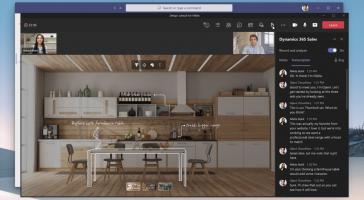 Microsoft and SAP news. Microsoft, at its annual Build conference, told the world it wants to power the hybrid work model like it powers the desktop world, and that Teams is a crucial part of the plan. Developers have an entire new class of collaborative apps from Microsoft (sample pictured) to encourage third-party developers. 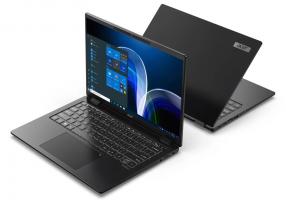 Hardware news. Acer added two new members to its TravelMate P6 series of premium thin-and-light notebooks (pictured) with 11th Gen Intel Core vPro processors and Corning Gorilla Glass screens. All packed into a 0.6-inch high unit that starts at 2.2 pounds for the modern exec. For the creators, the Acer ConceptD notebooks add some new models as well, with NVIDIA RTX displays including a 16-inch model with a resolution of 3072 x 1920.

Less portable but just as exciting are the three new HDR Predator gaming monitors from Acer. The NVIDIA G-SYNC units range from 28 to 42.5 inches, with refresh rates of 155 Hz, 175 Hz, and 144 Hz, respectively. All have VESA DisplayHDR certifications.

Schools and enterprises glommed onto Chromebooks in a big way during the last 15 months. New glom-worthy models include the Acer Chromebook 317 (CB317-1H), the OEM’s first 17-inch model, and other display sizes of 13.5 and 14 inches.

Not every mobile user works on spreadsheets. For those with Halos around their Fortnites, Acer announced new Predator Triton and Helios series gaming notebooks. Wide range of 11th Gen Intel Core processors including i9s, NVIDIA graphics options, DTS:X Ultra audio, and more. To power those screens, peruse the new Acer Predator Orion and Nitro gaming desktops. All the same deets as the notebooks along with AMD Ryzen 5000 Series desktop processors available.

Speaking of AMD Ryzen, the new Acer Swift X ultrathin-and-light notebook can be loaded with the AMD Ryzen 7 5800U Mobile Processor and 16 GB of RAM. And, oh yeah, up to 2 TB of SSD storage. 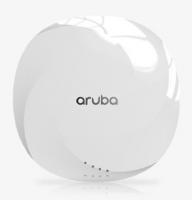 Time to get serious about Wi-Fi 6, and the new Aruba AP-635 (pictured), the first enterprise-grade Wi-Fi 6E access point and member of the 630 series of APs, has arrived to help.

Would you prefer real-time notifications for sysadmins in one place for security alerts? Lucky that Keeper Security rolled out Webhooks across all messaging platforms.

There’s a new version of Endpoint Health from Adaptiva which extends health checks and remediation capabilities to remote endpoints disconnected from the corporate network.

The word is out: StorMagic SvSAN and Zerto are now validated with HPE ProLiant servers through the Hewlett Packard Enterprise Complete Program.

There’s a new API for Zylo so you can add data about even more applications into the platform and export data into other business systems. 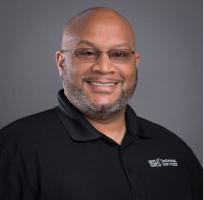 You can now find Fortanix expanded security offerings in the Microsoft Azure Marketplace.

Barracuda’s The Evolving Landscape for the MSP Business report for 2021 includes responses from more than 400 global partners. No surprise that 80% feel “overall security” was a significant business opportunity. Remote work leads the lucrative list with 90% of those responding tagging it as money-making opportunity. 59% have expanded their services portfolios in the last 12 months, but security remains the top driver in services. Another 59% expect to generate up to half of their overall income through services. Some of those services? Digital transformation, remote work adoption, and ransomware attack training and protection, all driven by the COVID-19 pandemic.

Research commissioned by ThycoticCentrify with CensusWide polled 150 I.T. decision makers across the U.S. on the most common privileged access risks and zero-trust adoption trends. Nearly half experienced a data breach as a result of giving an employee or contractor too much access in the past year. 77% currently use a zero-trust approach in their cybersecurity strategy, and 42% listed cyberthreats as the top motivator for adoptions. Common barriers for adoption include complicated or inadequate security solutions (57%), fear of disrupting user experience (43%), budget (38%), and staffing resources (30%). 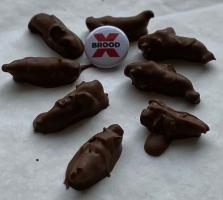 Yes, Chouquette Chocolates is selling cicadas dipped in either milk or dark chocolate (after being frozen, bathed in boiling water, coated in spices, air fried, and finally dropped in chocolate). If you’re feeling really brave, they’ll just give you the recipe and let you turn the cicada problem into a DIY project. Bon appetit!

Perhaps chocolate-coated cicadas were what the uninvited guests to a high school pool party were looking to score. During a Jefferson County High School Junior ROTC celebration, seven black bears in Gatlinburg, Tennessee, ambled out of their Great Smoky Mountain habitat, jumped in the pool, and took over the tennis courts.

Yep, bears crashed the high school JROTC party. Not a one of the ingrates saluted properly.