ICYMI: Our Channel News Roundup for the Week of May 23rd 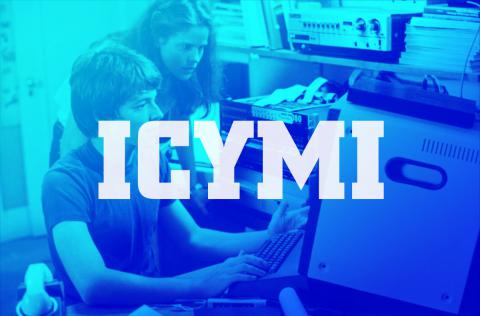 News from Citrix and its partners, a new way for Office 365 partners to get credit for their work, and the scariest intersection of outdated technology and potential nuclear Armageddon since WarGames are all among the stories you may have missed this week. By Rich Freeman
Tweet

Hey, we thought on Monday. This week’s gonna be a breeze! I mean, there’s a holiday weekend coming up so surely the tech industry will ease up a little and stop bombarding us with news, right?

Wrong. And before we bring you the proof, we should mention that the ICYMI action news team (that would be me) is taking next week off. But fear not: We’ll be right back here two weeks from today with another batch of noteworthy stories we lacked time to write about, like these.

I guess it’s official. Workspace-as-a-service is the next new, big, hip, with-it, where-it’s-at thing in cloud computing. And how do we know? At its Citrix Synergy customer and partner event in Las Vegas this week, Citrix tried to make a bunch of largely unrelated product updates look like a coordinated extension of its workspace-as-a-space strategy—mostly, we assume, so they could say “workspace-as-a-service” a few times.

Not that those updates weren’t interesting in many cases. For example, Citrix ShareFile, the company’s file sync and share solution, now provides “follow the file” rights management functionality that protects documents even after they’ve been downloaded onto users’ devices, while Citrix XenMobile now offers a Secure Forms feature that lets companies digitize paper-based workflows with the help of mobile “mini-apps” that require no coding. It’s just not immediately apparent what those or the other enhancements Citrix showcased have to do with WaaS exactly.

Citrix partners had news to share at Synergy too. And they, by contrast, kept things simple:

And finally, in what’s starting to look like a pattern…Microsoft grabbed a share of the spotlight at Synergy much as it did at SAP’s SAPPHIRE NOW event last week by jointly announcing an expanded alliance relationship with Citrix. The new agreement has Citrix helping companies deploy Windows 10 images hosted on Microsoft Azure via its XenDesktop VDI solution, adding enhanced support for Office 365 to both XenDesktop and XenApp, and integrating XenMobile and Citrix NetScaler more closely with Microsoft’s Enterprise Mobility Suite, among other things.

You didn’t really think that was all the Microsoft news we’d hit you with this week, did you? Because you should know better by now. Aside from Microsoft’s much heralded decision to “streamline” its smartphone hardware business (which is PR speak for “lay off up to 1,850 people and take a roughly $950 million charge against earnings”), the folks in Redmond also announced:

And now for a word from all of the other vendors out there. Because they had news too: 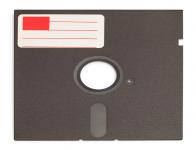 Rest easy, world! Because, per the BBC, the Department of Defense wants you to know that it’s only using a 1970s-era system and eight-inch floppy disks to coordinate ICBMs and nuclear bombers for now. The floppies will be phased out next year and the rest of the system will go in 2020. Which means those of you who understand just how hard it is to keep a system only a fraction as antiquated running properly have only four more years of sleepless nights ahead of you.

By the way, our favorite part of that BBC story? The sidebar entitled “The floppy disk—what is it?” Thanks for making us feel even more ancient than the Pentagon’s nuclear defense infrastructure, BBC.