ICYMI: Our Channel News Roundup for the Week of May 21st 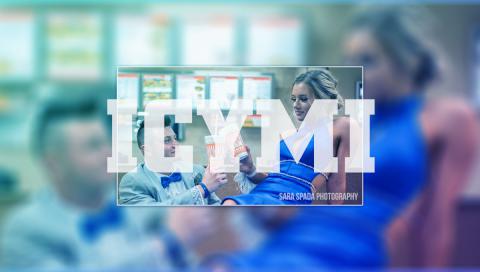 Chromebooks, PCs, and more from Acer, AI-a-plenty from Microsoft, and proof positive that every other burger bows in humility before the Whataburger are among the many stories we’re finally bringing your way. By James E. Gaskin
Tweet

It’s been a busy week, with all the Memorial Day plans (stockpiling burgers and hotdogs to grill and assorted libations) and the shift in population. According to the U.S. Census Bureau, seven of the fastest growing cities in the country are in Texas. It’s GTT (Gone To Texas) from the early 1800s all over again. Welcome, but leave the crazy back home. We’ve got plenty of our own here. And we also have plenty of news that we missed among the moving vans, so let’s get rolling.

Acer-palooza (and Razer). Chromebooks are big business now, and Acer’s new Chromebook Spin 15 (pictured) has 360 degree hinges and a 15.6 inch display. They call it the first convertible Chromebook in that size class.

Those looking for something smaller might like Acer’s two new 13 inch Chromebooks built for business use. Keyboarders will love the Chromebook 13 while tablet/doodlers will go for the convertible Chromebook Spin 13. Both have all-aluminum chasses making them thin, light, and durable.

Also big business? Hot rod gaming boxes. Conquer digital worlds with one of the gaming desktops in the new Predator Orion 5000 series from Acer. Top end Intel 8th Gen i7 processors, up to 32 GB of Intel Optane memory, and NVIDIA GeForce GPUs will polish your halo, Sarge. They hit the stores in July.

Got lots of game but fewer bucks? Acer also unveiled its new Nitro 50 Series of gaming desktops and high-resolution monitors. Support up to four monitors at once, perhaps choosing some of the new Nitro VGO and RGO series displays.

Are you on the go for business? Put your order in now for the Acer Swift 5, which sports a 15-inch display but weighs just 2.2 lbs. and includes hot 8th gen Intel processors plus lots of RAM and SSD space. The keyboard is backlit for working during those red-eye flights.

Mashup time: heavy-duty gaming performance in a thin, light package. Try out the new Razer Blade, a 15.6-inch gaming laptop (8th gen Intel etc.), which is milled from a single aluminum block and as thin as 0.66 inches and as light as 4.56 pounds.

Microsoft, Accenture, and Avanade (AI gurus) now work together to bring AI-based solutions to the market. First will be Accenture’s Intelligent Customer Engagement framework with the Microsoft AI Solution for Customer Care.

Want to talk AI? Microsoft will be able to help more now that they acquired Semantic Machines, experts in conversational AI.

Of course we have security news. Guess what? The average cost of data breaches globally keeps going up. Thanks to the Kaspersky Lab’s 2018 B2B Survey we know that breaches average $1.23M for enterprises (up 24 percent from 2017) and $120k for SMBs (up 36 percent).

Intel gives some details about mitigation options for what is called Variant 4 of the “side-channel” vulnerabilities in its processors and others first disclosed back at the beginning of the year when the world got to know Meltdown and Spectre. Darn those pesky chip hackers.

Fortinet (security products) has woven multiple industry partners into the Fortinet Security Fabric with the help of its new Fabric Connectors. All types of cloud, SDN, and automation tools from Amazon Web Services, Cisco, Azure, and more now work together.

Threat Stack (cloud infrastructure security) enhanced its Threat Stack Cloud Security Platform and Cloud SecOps Program. Since we’re all moving toward a world of containers, Threat Stack believes we should have some container-ready tools to secure them.

Other products made some news, too. Who wants less memory? Nobody. So good on Intel and Micron for shipping the first 4bits/cell 3D NAND technology memory chips. They somehow crammed 1TB of memory onto a single die for the highest-density flash memory on the market (at least for now).

Micron didn’t stop there, however. At the Micron 2018 Analyst and Investors Event, new Micron 5210 ION SSD drives (pictured) were given away in every swag bag. OK, not really, just checking to see if you’re reading closely. But they did tout the bit density in that brand new product, which is 33 percent greater than triple-level cell (TLC) NAND. Look for a 2.5-inch form factor SSD holding from 1.92TB to 7.68TB in the fall.

OpenStack Summit 2018 made some news, especially for the new Supermicro Rack Scale Design 2.1 (RSD 2.1). Need a rack that shares half a petabyte of high-perf storage with up to 12 hosts simultaneously? They got it.

News that doesn’t fit in a box. Brad Schow (pictured) is now vice president of consulting for ConnectWise. Natural step since Schow was a biz consultant at HTG when ConnectWise acquired same in January.

VMware blogged about its new Master Services Competencies in cloud, virtualization, and desktop and mobility.

Arcserve (data backup) has been certified compliant with the EU-US Privacy Shield Framework. Yep, part of the GDPR rush.

Have you heard about this new cloud stuff? Seems to be catching on, at least according to the CompTIA report “Cloud Computing Operational Efficiency in the Channel.” Details are based on an April 2018 online survey of 502 U.S.-based businesses, 91 percent of which are using the cloud in some way, and three quarters of which have been doing so for one to five years. The cloud has reached critical mass it seems. 81 percent of respondents say it’s enhanced their automation efforts. 83 percent have performed some type of secondary cloud migration. About half work with a third party to reach the cloud, while 40 percent work directly with cloud vendors.

Feeling converged lately? Techaisle’s US SMB & midmarket survey on converged infrastructure and hyperconverged infrastructure found 18 percent of firms are using those technologies now, but another 46 percent are actively planning to adopt over the next 12 to 18 months. 46 percent of larger firms (500-999 employees) are HCI users and another 38 percent are planning to join them. Not a surprise. But almost one third of “IT mature small businesses” with 1-99 employees are also planning to adopt. Surprise!

Spiceworks surveyed 544 folks in businesses across North America and Europe about the cloud services used in those workplaces. Winner? Microsoft’s OneDrive (51 percent), followed by Google Drive and Dropbox (34 percent each). About 80 percent are cloud-y now, with another 16 percent planning to get cloud-y in the next two years. Big jump for OneDrive since the 2016 report had them at 31 percent with Dropbox at 33 percent.

Whataburger—the National Burger of Texas, and Primo Prom Date Destination. Since 1950, Whataburger has dominated the fast food burger market in Texas (the company started in Corpus Christi). You’re forgiven if you haven’t used both hands to lift a Whataburger (not a joke) because the 800+ bits o’ heaven known as Whataburger outlets stretch from Arizona to Florida. The Texas legislature voted the chain a “Texas Treasure” in 2001.

So, yes, Whataburger is the National Burger of Texas (take that, you misguided California posers who think those little flat things from In-N-Out are real burgers). White Castle? The free jalapeno pepper slices from Whataburger are larger than those greasy gut bombs. Whataburgers are what the Big Mac and the Whopper hope to be when they grow up.

So how big is Whataburger in Texas? This big. And this big too: In Magnolia, Texas, (a northwest suburb of the sprawling Houston area), high schoolers Madison Hefner and Rance Henry (pictured) made time on prom night to visit their favorite after-school hangout—the local Whataburger. Photographer Sara Spada grabbed some shots and the story took off.

Another Houston-area couple stopped off at Whataburger on the way home from their wedding, because that’s where they first broke bread together. Ante up, In-N-Out and White Castle. Not for the parties, but to make better burgers for those who don’t have the good luck to live close to a Whataburger.

Hmm, is this why Texas has seven of the fastest growing cities? Lots of Whataburgers in those seven cities.