ICYMI: Our Channel News Roundup for the Week of May 1st 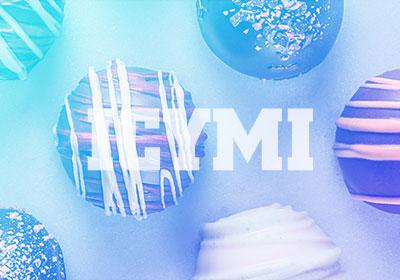 Products from Microsoft for the education market, products from Red Hat for the containerized cloud, and a new way to more or less eat chocolate for a living are all among the stories we didn’t get around to writing about this week.

What kept us from reporting everything happening in the world of technology this week, you ask? The latest of our hugely informative and engaging SMB Forum events, we answer. And this won’t be the last time we enlighten the SMB channel in person while studiously neglecting several days’ worth of important news on our website either. We have another show coming up in Southern California this September and one more after that in November near New York City.

We’ll make up for it then as we’re about to now, by catching you up on all the stuff we would have written about if we weren’t so busy staging awesome conferences that will help you grow your business. And that you can register for right here.

Did we mention that they’re awesome?

B+ effort. We took a guess Monday as to what Microsoft had in store for us at its mystery event in New York City this week, speculating based on the show’s pre-announced “#MicrosoftEDU” hashtag that the lightweight, long-rumored Windows 10 Cloud operating system and an inexpensive accompanying laptop platform of some kind were about to make their debut amid efforts by Microsoft to keep Google’s Chrome OS/Chromebook combo from extending its run of success in the education market.

Turns out we were pretty close. The new OS, named Windows 10 S (as in “school” or perhaps “student,” though Microsoft isn’t saying) sacrifices breadth of functionality for speed, especially during startup, limits software options to secure, pre-vetted titles on the Windows Store, and promises battery life long enough to get kids through a day’s worth of classes.

It’s cheap too, as in free for any school running Windows Pro PCs. Users can get a free copy of Office 365 for Education complete with an education-optimized edition of the recently introduced Microsoft Teams collaboration tool as well, plus a free one-year subscription to the new Code Builder for Minecraft: Education Edition, which aims to turn today’s schoolkids into tomorrow’s developers.

As for the accompanying hardware, Microsoft says that Acer, ASUS, Dell, Fujitsu, HP, Samsung, and Toshiba will all ship affordable Windows 10 S devices priced at $189 and up “in the coming months.” In the meantime, Microsoft itself has introduced a new Windows 10 S-powered Surface laptop named...Surface Laptop (pictured). A touch under 14.5 mm high at its thickest point and weighing in at just 2.76 lbs., it features a 13.5-inch touchscreen display and an anodized metal case in four tasteful colors.

Microsoft will begin selling the new device June 15th for $999, which just happens to be the same price Apple charges for the entry-level version of its Macbook Air. That’s more than any sensible parent or school district will spend on a device for grade schoolers, needless to say, but a manageable price point for the high school and especially college set.

At first glance, the total software/hardware package looks impressive. We’ll reserve a final grade, however, until we’ve seen it all in action.

Hybrid bidness. Red Hat isn’t a name that generally comes up in the same breath as titans like Microsoft, Google, and Intel. But Linux commands a huge share of the data center market and Red Hat is the top (or at least most familiar) name in Linux, so when Red Hat speaks, the IT world listens.

And this week it had a lot of listening to do, because Red Hat had a lot to say at its annual Summit event. So much, in fact, that we’re going to breeze past the specifics and just tell you that the open source software maker picked up where it left off at last year’s Summit with a new crop of products aimed at turning Red Hat into the go-to vendor for containerized hybrid cloud applications, including a new storage platform for container-native solutions and not one but two new tools for developing such systems.

Most interesting of all, though, was the alliance agreement Red Hat announced with Amazon under which developers will be able to access AWS services from directly within applications built on the OpenShift Container Platform, whether said applications reside on-premises or in the cloud.

It’s the “directly within” part that’s important here. Hosting containers in the cloud isn’t new. Tapping into cloud-based services like Amazon’s Aurora database or Elastic Load Balancing system from inside a potentially onsite container-based application is. The arrangement appears to give Red Hat a small but potentially important advantage in the fight for hybrid cloud leadership, and helps advance the hybrid cloud strategy that AWS has been pursuing since the partnership with VMware it announced last year.

Elsewhere in big deals involving big vendors...Cisco bought Viptela this week for $610 million. Four quick thoughts: 1) Everyone and their uncle these days wants a piece of the SD-WAN market, which IDC expects to produce $6 billion in global revenues by 2020, 2) SD-WAN is a natural fit for a networking leader like Cisco looking for relevance beyond hardware, 3) This is Cisco’s second big software-related acquisition of the year, following its $3.7 billion purchase of application performance management vendor AppDynamics in January, and 4) the $610 million price tag for this deal appears to be a bargain.

There may be some bargains among these new products too. Or maybe not, but we’re going to list them all for you anyway:

And the hits keep coming! In the form of these solid gold non-product related announcements from the vendor community:

Attention dream job hunters! If you’ve always wanted to eat chocolate for a living, Mars may have the opportunity you’ve been looking for. Take it away, Mars!

Mars, Incorporated announced today the launch of THE COCOA EXCHANGE™, a direct to consumer platform that provides a rewarding way to turn a passion for cocoa into a worthwhile profession…The direct to consumer format of THE COCOA EXCHANGE™ provides a simple and rewarding opportunity for anyone looking for a “side hustle.” As a Curator, any cocoa-obsessed individual can take their love of chocolate and turn it into their own business by hosting an in-home tasting experience for friends and family.

Let’s break this down, shall we?

But we’re picking nits, no? Next to professional beer taster, it’s pretty tough to beat professional chocolate-eating-party-hoster, even if the job does require you to hustle a few people who care about you.