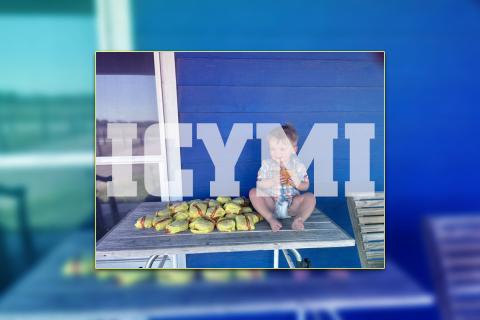 News from the big Lenovo and Veeam conferences, hardware from HP, DaaS from Citrix, and an answer to the age old question, “what happens when a toddler discovers DoorDash?” are among the stories we’ve finally brought you. By James E. Gaskin
Tweet

We all have that friend of a family member, deep into astrology, who brings it up constantly. You know, the “I wrecked my car because Mercury was in retrograde” person. According to them, the best techs are Aquarius (the sign representing technology) and the worst may be Capricorns (who like things old school). Update your application form at your leisure, but hurry to catch these hot newstips before Pluto goes into ascendency or whatever. 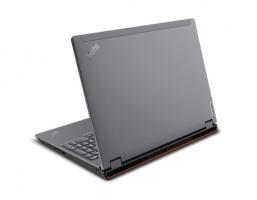 News from Lenovo, Veeam, and New Relic. Generations of ThinkPad laptops provided high-end performance and durability, and the new ThinkPad P16 (pictured) merges the P15 and P17 models into a new compact and improved form factor with a 16:10 aspect ratio. A new cooling solution keeps the Intel 12th Gen HX CPUs ready for your most demanding applications.

A different platform with the same label, the ThinkPad C14 Chromebook Enterprise supports cloud-based users with Google Chrome OS running on 12th Gen Intel Core processors up to the i7. 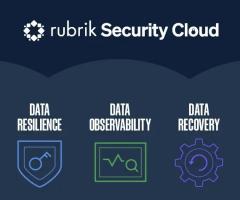 Security news. Need help with ransomware attacks? According to a Kaspersky survey, 77% of senior non-IT execs admitted they couldn’t handle an attack alone or with the help of their regular IT service providers. Hence the new Kaspersky Windows Incident Response Training and expanded online expert training portfolio.

Hello to the new Rubrik Security Cloud, a place to secure data across the enterprise, cloud, or SaaS. Boosts data resilience, observability, and recovery.

If you have a Chromebook population where users turn over, such as a school, the Blancco Chromebook Eraser could be interesting. 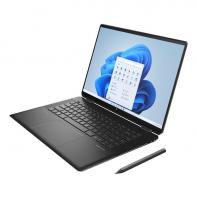 Other product news. Maybe HP stands for “Hustle Power” now, thanks to its newest Spectre and Envy laptops built to inspire creative people working hybrid much of the time. Two new Spectres (13.5- and 16-inch models, latter pictured) and four new Envy units from 13.3 to 17 inches are now available. All sorts of processor, memory, and storage options.

Gamers are creative, too, so the newly announced HP Victus 15 Gaming Laptop PC and OMEN 16.1 Gaming Laptop PC are ready to race, battle, build empires, and save the world in any game you want starting this summer. Intel or AMD and NVIDIA or Radeon are just some of your options.

If you’re not thrilled with your RMM platform, Action1 has a deal for you: use their RMM for free until your current license runs out. That gives you mitigated security risks, policy-based patching, endpoint management, and more right now 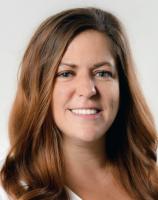 The Welcome Wagon greeted Christine Gassman (pictured) as she moved to Blackpoint Cyber as director of channel engagement.

If you see a new person looking for the break room at Dialpad, it might be Danny Gunter, who joined as the first chief customer officer.

New partners Aryaka and AppDirect will help you apply the former’s managed SD-WAN and SASE solutions to the latter’s B2B commerce platform, and Aryaka will be available in the AppSmart Marketplace.

The Evolving Landscape of the MSP Business report from Barracuda surveyed 500 decision makers from MSPs in North America, EMEA, and ANZ. Good news? Revenues should grow by a third in 2022 to an average of over $12 million for MSPs with between 5 and 250 employees. Service-based income will account for 63% of revenue, and 94% of respondents expect to expand their services portfolio by an average of six services. Bad news? Burnout is a growing concern, and fears of cyberattacks are on the rise. 16% feel the average employee is highly stressed, and 80% believed their customers are increasingly concerned about breaches. Levels of regulation and compliance demands are increasing, and 100% say they need more vendor support.

KnowBe4 Research’s 2022 Security Culture Report found that security culture worldwide has improved overall globally. There’s a tradition and interest in security culture in Africa, especially South Africa, while there’s a wide variation of security cultures across Asia. Japan’s doing fairly well, but some like Indonesia have a seriously low security culture score. In the U.S., smaller organizations are outperforming larger ones in security culture. Australia and New Zealand, although close geographically, are quite different except for their poor security culture. In Central and South America, companies are just beginning to measure security culture, and more countries are getting involved.

The Multicloud Annual Research Report 2022 from Rackspace found more organizations are becoming more comfortable with more sophisticated “Cloud 2.0” tech, balanced by the difficulties of hiring and retaining IT talent. 56% do not envision owning a corporate data center in five years, while 77% of the 1,420 global IT leader respondents said struggles finding talent is slowing adoption of new cloud development methods. Priorities are evolving from basics to more sophisticated issues like security (46%) and compliance (36%). Over half plan to invest in hyperscale providers.

A new study of 614 IT security practitioners performed by Tessian and The Ponemon Institute revealed that nearly 60% of organizations suffered data loss or exfiltration via email and caused by an employee mistake in the last 12 months. No surprise, the leading cause of data loss was employee negligence according to 40%, and it takes up to three days for security teams to detect and remediate an incident caused by a malicious insider using email. About one in four experienced up to 30 security incidents involving email every month, such as mail sent to the wrong person. 73% said their employees don’t understand the sensitivity or confidentially of data they share through email. 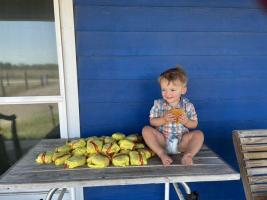 McLovin Alexa. Anyone with a two-year-old lives with constant unpredictability and fear, because the kids don’t know anything useful but have a magic ability to twist electronics to their childish desires. A mother in Ricardo, Texas, on the Gulf Coast south of Corpus Christi, learned that the hard way when her son Barrett, age two (you were warned), found her phone unattended and unlocked. Cue the lessons on securing devices.

Mom Kelsey discovered Barrett’s toddler tyranny when a deliver driver rang the doorbell with bags and bags of cheeseburgers. Barrett, of course, only ate half a burger, so mom invited neighbors to drop by and share.

And warn them about Barrett and the value of locked devices.

ICYMI: Our Channel News Roundup for the Week of June 20th
END_OF_DOCUMENT_TOKEN_TO_BE_REPLACED