ICYMI: Our Channel News Roundup for the Week of May 14th 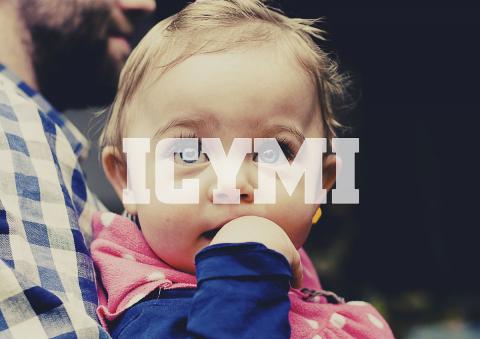 New goodies from Veeam and HP, new benefits for members of Ingram Micro’s Trust X Alliance, and new evidence that Amazon has ruined the name Alexa for newborns everywhere were among the many stories we overlooked this week until now. By James E. Gaskin
Tweet

The weather has settled down, but the volcano in Hawaii hasn’t, blowing its top more than that boss you had in your first job. What’s really blowing up? Conference season, so let’s catch up before the next conference starts.

Veeam me up, Scotty. Can’t decide whether to have your conference in Las Vegas or Orlando? Split the difference and visit lovely Chicago, like Veeam did for VeeamOn 2018. The 11-year-old company outlined its Hyper-Available Enterprise vision and journey to Intelligent Data Management on a bigger scale than ever.

Also unveiled was Veeam DataLabs, helping organizations create new production instances on demand. Now you can go beyond typical DevTest to security and forensics testing, and setup a variety of on-demand sandboxes for IT operations.

Say hello to the HP Elite 1000 series. HP rolled out a revamped lineup of premium PCs, portables, all-in-ones, and monitors in the new HP Elite 1000 and HP ENVY product lines. The HP Elite 1000 series includes a 2.76-pound business convertible (pictured), a detachable with a 13-inch screen in a 12-inch chassis, an ultra-slim business notebook, a 34-inch curved AiO with built-in collaboration tools, and a 14-inch USB Type-C portable display. More new units have the HP ENVY label, including a desktop and an AiO with Amazon Alexa built in.

Happy Anniversary. It’s been a wonderful 20 years for Ingram Micro’s Trust X Alliance, which celebrated that landmark in Colorado Springs, Colo. this week (Chicago must have been full). Announcements at the soiree included plans to increase the community’s nearly $2 billion in global buying power by double digits, new financing options, a members-only SaaS demand generation program, and promises to bring born-in-the-cloud providers, developers, ISVs etc. into the family.

Things about the Internet of Things. IoT security company Pwnie Express just conducted its fourth annual “Internet of Evil Things” research. Worst news? 85 percent of IT security pros expect a cyberattack on critical infrastructure in the next five years.

Perhaps the answer is to upgrade. That may explain why ABI Research expects IoT device management services, especially in industrial, automotive, and telematics, to ring up $20.5 billion on the cash register by 2023. Here are some cash registers so the young’uns know what we’re talking about.

Remember that Amazon one-click button you use to reorder items like detergent? The Bezos Band has now rolled out AWS IoT 1-Click (pictured), which triggers AWS Lambda functions. No need to write low-level code to execute quick, simple functions like requesting coffee or dispensing dog treats (which sounds like a lousy employee perk).

Dell Boomi upgraded the IoT functions in its Spring 2018 release. Low-code workflow applications for business outcomes, integration accelerators, and even more productivity for Boomi developers are now in hand.

Intel’s IoT business grew by 20 percent in 2017 and isn’t slowing down. To sustain that momentum, the company has announced the OpenVINO (Open Visual Inference & Neural Network Optimization) toolkit, which aims to help developers accelerate deep learning and transform vision data into business insights.

IoT devices have to network, and those networks have to be secure. Aerohive has accordingly launched A3, a vendor-agnostic secure access management solution with a focus on IoT, BYOD, corporate, and guest device management.

Notice this clever segue from IoT security to just plain security. Barracuda Networks has a new cloud-delivered, as-a-service Web Application Firewall designed to deliver enterprise-grade protection without the expense of deploying and managing an appliance.

According to Gartner, 77 percent of users rely on BYOD. Most corporate BYOD policies, however, are like the Roach Motel—devices check in but they don’t check out. Luckily for you, Duo Security now offers Duo Beyond, which lets you limit network access to devices that meet specific security requirements.

Thycotic (privileged access management) has teamed up with IBM to release the IBM Security Secret Server, powered by Thycotic’s technology.

Other products craving attention. Send some crave-appreciation over to the new Rackspace Kubernetes-as-a-Service. 451 Research says the application container software market will grow to $3 billion by 2020.

Paessler AG (network monitoring and ChannelPro vendor on the vanguard) has a new CTO. Say howdy to Steven Feurer, a volunteer Egyptologist when he’s not corralling technology.

Call the movers for Kaspersky Lab as it moves its core infrastructure from Russia to the significantly less controversial Switzerland. For full transparency, a Swiss independent third party will manage the lab.

Converged infrastructure has moved from buzzword to one of the top 10 IT priorities for SMBs and midmarket businesses, according to TechAisle. Its SMB & Midmarket research found that more than 1/3 of SMBs and 2/3 of midmarket businesses think highly now of CI, which they hope will help them gain efficiency, manage resources more easily, capitalize on performance advantages, improve IT agility, lower costs, and raise security protections. 1000+ SMBs domestically and 3000+ worldwide responded.

What’s slowing U.S. IT job growth? The talent shortage, according to the TechServe Alliance, which recorded an anemic 0.96 percent year-over-year increase in IT employment since April 2017.

What’s in a name? “That which we call a rose by any other name would smell as sweet,” says William Shakespeare. Maybe not if that rose is named Alexa, however.

In 2015, when the Amazon Echo arrived bearing Amazon’s Alexa virtual assistant, that name tagged 311 of every 100,000 female babies born. Now that name is used 33 percent less often. Not terribly popular, in other words, but certainly not unheard of. Like, say, Siri, a name that in pre-Apple days was attached to about 6 of every 100,000 girl babies and now belongs to just one of every 100,000.

University of Maryland sociology professor Philip Cohen did the research, reported by Recode, but he stopped too soon. What about tech-inspired boy names?

Recode lost a great chance for a contest. Who would be the first to name their child Recode? Is that a boy or girl’s name? How about Reboot, as in Reboot John Davidson or some such? The middle name is a good fallback.

What about NVIDIA for a girl’s name? Free GPUs for life to the first one? Hey, NVIDIA, don’t pass up this chance.

Maybe we should go the other way as well. Intel’s Purley, Broadwell, Coffee Lake, and Kaby Lake show an amazing lack of flair. Yo, Intel, start a new processor line called the Fraternity Boys. Start with Chad, then Clint, Biff, Trey, Preston, Connor, Corey, and the top of the line, Brandon.

Time for MSPs to Carry the Mantle of Leadership
END_OF_DOCUMENT_TOKEN_TO_BE_REPLACED