ICYMI: Our Channel News Roundup for the Week of May 13th 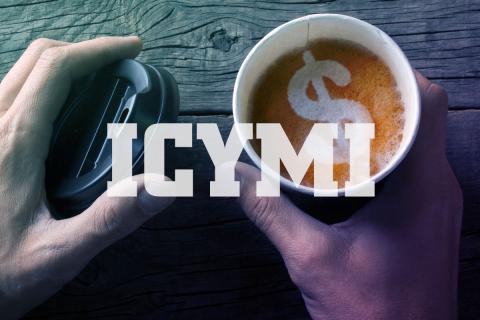 Open source updates from Intel, a lifeline for Windows 7 users from CloudJumper, and a crazy expensive new way to get your morning caffeine jolt were a few of the many stories we’ve finally taken the time to write about. By James E. Gaskin
Tweet

Ever had “goulash” stew? That was a euphemism for “throw everything we can find into the pot” for my family. What we have going on now includes, like goulash, one thing that doesn’t belong. Today we have basketball and hockey playoffs, a spring storm with possible tornadoes, and … snow. In mid-May. Get your shovels out, Dakotas. With all this going on, it’s no wonder we missed some news, so let’s catch up. 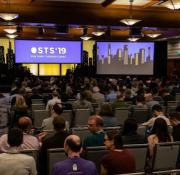 Security news. After that visit from Skynet, we need some extra security. Trend Micro released added cloud and container workload security updates to ensure Trend Micro Deep Security protects across all the way from DevOps through production. 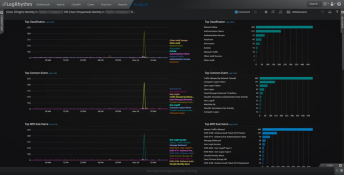 LogRhythm just released a cloud version of its NextGen SIEM Platform, LogRhythm Cloud. Same protections as the on-premises offering with some of the cost benefits of cloudliness.

Sometimes it takes a team to deal with security headaches during digital transformation. Hence the move by WhiteHat Security and IT outsourcer Rural Sourcing to team up on services for identifying and remediating application-level vulnerabilities.

The new ExtremeAI Security application, from Extreme Networks, helps address attack surfaces down to all those Internet of Things endpoints being installed by the bajillion each month. Keep the baddies out with behavioral monitoring and baselining, zero-configuration, unsupervised learning, insights provided by granular analytics, and more. 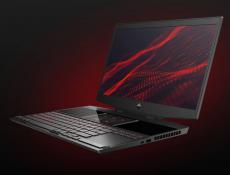 Other products are grabbing for the microphone. Still love Windows 7? Then talk to CloudJumper, who just announced three more years of extended Microsoft support for Win7 in Azure via Windows Virtual Desktop (WVD). Companies will get this support at no charge, and a simple migration path to Windows 10 when ready.

If you were wracked by disappointment when the dual screen foldable Galaxy phones failed, you may have better two-screen luck with the new line of HP dual-screen gaming laptops. The OMEN X 2S (pictured) comes in 15- and 17-inch versions. Innards stay cool thanks to HP’s Thermal Grizzly Conductonaut that provides up to a 28 percent frames-per-second performance boost.

Print up your gaming high scores on the new Lexmark Cloud Print Infrastructure. Using IoT and cloud technologies together with managed print services, it gives businesses a modern, secure print process. And the subscription model lets customers pay only for what they use.

IGEL expanded its Universal Desktop line to include the new IGEL UD2. Optimized for desktop-as-a-service and other cloud-enabled tech.

Want faster SaaS apps? Of course! Then check out the new Riverbed SaaS Accelerator (see, faster is right in the name). Combine it with Riverbed’s End User Experience Monitoring, part of their Digital Experience Management, for monitored and managed app boosting.

Amazon Chime, the real-time communications service, certified two new Sennheiser headsets: the 165 USB and D 10 USB. Any company that uses an open office plan should do employees a favor and check these out. And companies that like clear communications, too.

When laptops get skinny, one of the ways they slim down is by dumping the Ethernet port. But then sometimes Wi-Fi isn’t enough, or you just yearn for that old-fashioned cable feel, and you’re port-less. If that sounds familiar, check out the brand-new USB-C Multi-Gigabit Ethernet Adapters from TRENDnet. Two flavors: TUC-ET2G for 2.5 Gigabit Ethernet, and TUC-ET5G for 5 Gigabits.

GPS signals rarely work under a roof, so Gozio Health and AT&T joined hands to provide mobile wayfinding services to healthcare systems all across the country.

Getting the 5G itch? You’re not alone, according to the 2019 State of Corporate Connectivity study from Spiceworks. Examining organizations across the U.S. and the U.K., Spiceworks found 32 percent of businesses have plans to grab 5G-enabled devices as soon as services become available in their area. Longer term, over half (55 percent) will fill out those purchase orders within a year of availability. Smartphones lead the purchase parade (83 percent), followed by 5G-capable modems (44 percent) and 5G tablets (42 percent). Interestingly, for all the hype about how we need 5G for IoT, only 7 percent plan to purchase IoT devices that leverage 5G. Guess they discovered many IoT functions work great with 4G, but smartphone users demand faster and faster everything.

Linksys, the connected home group within newly merged Belkin International and Foxconn Interconnect Technology, commissioned an InfoBrief from IDC. “Successful Strategies for IT Providers that Server Small Business Customers” looked at firms with fewer than 300 employees and the channel partners that support them. Massive infrastructure upgrades for those SMBs over the next five years are pushing them toward more SaaS, hybrid clouds, and more managed IT services. Top verticals include accounting, food services, finance, technology products, and construction. 90 percent of equipment providers and 83 percent of MSP/ISPs will offer more network services to small businesses.

In honor of Small Business Week, Linksys also released survey data regarding SMB Internet of Things projects and networks that found SMBs need to rethink their IoT strategy. In other words, beef up those networks and that management infrastructure before diving too deep into the IoT pool. Half cite network limitations, such as outdated networks, limited network infrastructure, and office safety as reasons for concern. Already, 59 percent have an IT solutions provider, and more will look for outside help as IoT makes their network more complicated.

Nearly half of organizations (46 percent) that store personally identifiable information (PII) in the cloud may move it back on-premises soon. Or so says Netwrix in its 2019 Netwrix Cloud Data Security Report. 75 percent of orgs that don’t classify the PII data between employees and customers experienced a security incident in the last year. 31 percent point to users as the major security threat, while about half aim that finger at IT. Accidental errors have increased 14 percent over 2018, with malware attacks up 11 percent. 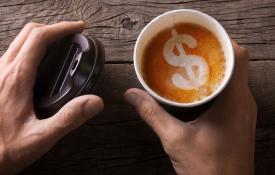 Conspicuous coffee consumption. Yo, all you tech titans in your $2 million dollar 657 square foot San Francisco condos, here’s another way to blow big bucks: the $75 dollar cup of coffee. Don’t pretend you’re not crazy enough to spend $75 on what you can make at home for a dime a cup, because Klatch Coffee Roasters sold out of coffee made from their mega-buck beans.

Only 100 pounds of Elida Geisha 803 coffee beans from Panama were available at the latest Best of Panama auction, referred to as the “Oscars for coffee.” Klatch Coffee bought 10 of those pounds, at $803 each, and sold them in several Southern California locations and, of course, San Francisco. That totaled about 80 cups of Elida Geisha coffee.

Yes, these beans are the ones eaten and later pooped out by civits, a cat-like animal in Panama. Maybe the beans cost so much because they pay high salaries to the poor shmoos who dig through jungle cat poop to collect them.

Nah, we’re kidding. They charge $75 per cup because some folks are dumb enough to pay that. And if you’re one of those fools, please write and tell us whether the coffee was worth the bucks.

Jabra PanaCast Review - Get Your Huddle On
END_OF_DOCUMENT_TOKEN_TO_BE_REPLACED