ICYMI: Our Channel News Roundup for the Week of May 11th 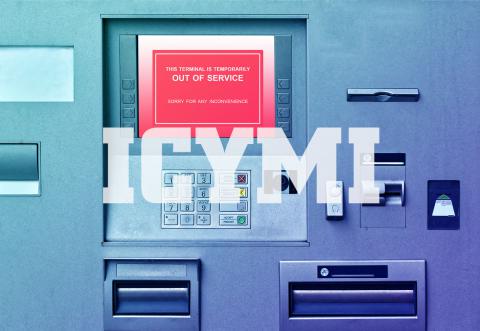 New leaders for HPE, new chips from Intel, a new channel chief for Nutanix, and a failed attempt at ATM robbery involving a monkey (because slow news week) are all among the stories we’ve just now managed to bring your way. By James E. Gaskin
Tweet

It’s Friday and lately that means it’s time for the weather to get mean. A new storm system stretches from Houston, Texas, to Syracuse, N.Y. Thunderstorms, some with hail and some with tornadoes, will dump two to three inches of rain over the weekend. Stay in and stay dry and catch up on the fascinating newsbits we missed this week. 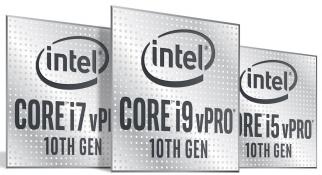 Big news from big names. HPE is responding to the COVID-19 business environment by stressing agility and its edge-to-cloud platform-as-a-service company. A new go-forward Executive Committee will chart the path. Five global function leaders will help guide the committee.

Big problems need big systems, and these days that means building exascale systems (as in a billion billion, or 10^18). Lenovo and NVIDIA have teamed up to develop some of the building blocks for these systems. “From Exascale to Everyscale” means combining Lenovo’s Neptune Liquid Cooling tech and the latest NVIDIA A100 Tensor Core CPUs and more.

In a process that started last summer, boffins at Google and VMware announce the new Google Cloud VMware Engine. Yep, end-to-end support to migrate and run your VMware environment in Google Cloud. New t-shirts for everybody! 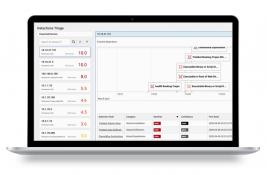 Security news. Remember the good old days when coffee shop wireless was your big security concern for mobile employees? Now the kitchen table of every employee is a compute location. To help, Gigamon shipped a new version of its ThreatINSIGHT network detection and response tool (pictured).

Asigra and Priseda pulled the curtain on the new GridObserver (GO) on-demand DR and network management services tool. And disaster recover-as-a-service as well.

Open source Sudo project sponsor One Identity added security measures and more effective management for privileged access in Sudo 1.9. Better logging, auditing, command approval, and Python plug-in support among the goodies. Not to be confused with the Sudoku your mother does. 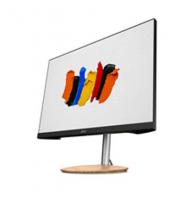 Graphics folks get touchy about monitor color. They should gripe less when they get a look at the new Acer ConceptD CM2241W (pictured). The 1920 x 1200 24-inch monitor provides color accuracy covering 99% of the Adobe RGB color gamut. Available now.

VoIP pioneer Vonage upgraded its Vonage Contact Center to seamlessly integrate with ServiceNow. Agents no longer need to toggle between applications among other advancements.

According to Cradlepoint, its new E3000 Series is the industry’s first 5G-Optimized, all-in-one wireless edge router for enterprise branch deployments.

Also from Cradlepoint: You can now order its wireless edge solutions and have them fulfilled and billed directly from AT&T.

Lenovo has introduced Virtual Rounding, a telehealth solution that lets doctors meet with patients virtually from a safe social distance at their office.

Blancco and Carbon Neutral Technology jointly developed a calculator to determine both carbon credit and cash values for end-of-first-life IT equipment. Hello to the Data Erasure Carbon Credits Calculator.

The new ERP1 from EnGenius Technologies is a universal wireless repeater with speeds up to 1.3 Gbps that comes in a low-profile wall-plug. On the shelf now. 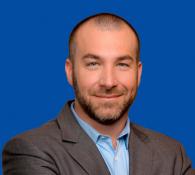 CompTIA reframed its Channel Advisory Board into the new Channel Development Advisory Council, now one of seven CompTIA advisory councils. Jason Bystrak of D&H and Robert McFarlane of Sirius Computer Solutions are co-chairs. Juan Fernandez of ImageNet Consulting is vice chair. 19 other top executives from all corners of the IT industry are involved too.

SYNNEX signed up to offer Bitdefender’s Cloud Security for MSPs.

The pandemic and stay-at-home orders are showing up in spending reports now. “Gartner Market Databook, April 2020 Update” gives us a good look at the actual numbers. Worldwide expected IT spending is down 8% from 2019 to $3.4 trillion. Emergency “cost optimization” plans from clients mean softening demand. Data center systems outlays will be down around 9.7%, enterprise software will drop 6.9%, devices will slump 15.5%, IT services will drop 7.7%, and communications services will dip moderately by 4.5%. Recovery through 2020 will be slow, especially in hard-hit verticals like entertainment, air transport, and heavy industry.

Kaseya’s 2020 MSP Benchmark Survey asked 1,300 MSP folks in more than 50 countries about pricing and service delivery trends. Number one concern? Security. While the survey was finalized before the coronavirus shutdown, security remains a top concern. MSP system security has become more critical since they have RMM access to multiple customers. 37% worry that they’re more prone to cybercrime now than before. 95% report customers have turned to them for help on cybersecurity plans and best practices. And, oh yes, the need for compliance services keeps growing.

Sophos released The State of Ransomware 2020 and found that paying cybercriminals to restore data lost during a ransomware attack almost doubles the total cost of recovery. Over 5,000 IT decision makers in 26 countries took part. Paying the ransom made little different in the recovery burden. Often, several encryption keys are used, and it’s a complex and time-consuming recovery process. More than half (56%) of IT managers reported they were able to recover data from backups without paying the ransom. The public sector seems to have particularly bad success. 13% of public sector victims were never able to restore their encrypted data, compared to 6% overall. 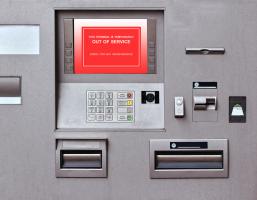 Monkey heist. A monkey got trapped in an ATM kiosk lobby in New Delhi and did what monkeys do: jumped around and tore stuff up. The video even shows the little fellow taking a nap.

But it also shows the monkey pulling the front panel off the ATM machine. Then it used the open panel like a trampoline to bounce around a bit.

Finally, the monkey attacked the door in a way that opened it, and he escaped. Luckily, he didn’t bring a bag with him, so all the loot was left behind.

ICYMI: Our Channel News Roundup for the Week of January 23rd, 2023
END_OF_DOCUMENT_TOKEN_TO_BE_REPLACED