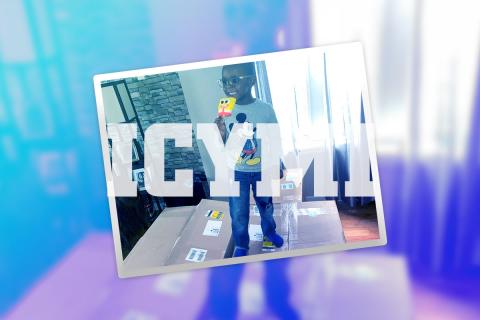 A new CEO for VMware, new security software from HP and Trend Micro, and a vivid reminder of what can happen when a determined four-year-old gets access to an Amazon Prime account are all among the stories we’re belatedly bringing your way. By James E. Gaskin
Tweet

Now that school nears the last day, thoughts turn toward summer. Good news for many is that June will be cooler than average, thanks to extra rainy days. Those in the upper Midwest may want to buy an extra air conditioner now, because July will be hotter than average. Speaking of hot, grab these newsbits with oven mitts.

News from industry hot shots. VMware named Raghu Raghuram as CEO, a step up from his prior post as executive vice president and chief operating officer, product and cloud services. Raghuram joined VMware in 2003.

Every cybersecurity report says cybercriminals are more active, which is little comfort to those mid-Atlantic readers waiting to buy gasoline. A new tool entering the fray is HP Wolf Security, an integrated portfolio of secure by design PCs and printers, endpoint security software, and services. Hybrid work print solutions with HP Wolf Security to protect corporate networks and data, including a new Flexworker offering, internet printing through HP Advance, and HP Secure Print compatibility for Universal Print from Microsoft.

The laptop boffins at HP have been busy as well, resulting in the latest HP ZBook Studio G8, ZBook Fury G8, and ZBook Power G8 (pictured), all built for professional creators and power users. 11th Gen Intel Core processors, NVIDIA graphics, and Thunderbolt ports are just some of the mobile goodness. On shelves this summer.

Rev up your customer data platform game with the new Salesforce CDP (as in Customer Data Platform) to make every customer interaction more personalized and, hopefully, profitable. Built on Salesforce, works with Mulesoft and Tableau, and can be put to work today.

Google Cloud and Starlink from SpaceX teamed up to locate Starlink ground stations inside Google data center properties for secure, low-latency data delivery over the more than 1,500 Starlink satellites. Ready for SpaceWAN? Roll that space truck!

Tired of passwords? Users hate ’em but hackers love ’em, hence multifactor authentication. The new BIO-key MobileAuth with PalmPositive app (pictured) is one of the options for BIO-key’s PortalGuard Identity-as-as-Service (IDaaS) platform. Have the correct palm, get access.

More integrations between CrowdStrike Falcon and Google Cloud make it easier to share data between the two platforms and better secure your customers’ entire cloud or hybrid environment. 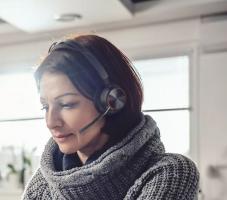 Maintaining focus when on the phone with that one whiny user, er, valued customer will be easier with the new Poly Voyager Focus 2 stereo Bluetooth headset (pictured). Advanced Digital Hybrid Active Noice Cancellation so you can’t hear coworkers laughing about how they Rick-rolled you to pick up that, ah, valued customer’s call sitting on hold.

Cisco will acquire Sedona Systems for its NetFusion, a player in the hierarchical controller market that enables multi-vendor, multi-domain automation, and software-defined networking. Complete network abstraction and control.

Turn websites into powerful sales tools with help from the new Wildix x-caracal, an analytics tools to evaluate effectiveness of customers communications in generating leads and profits. 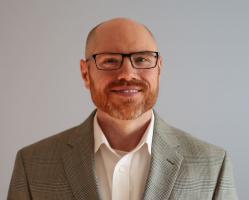 Over at UPSTACK, Paula McKinnon started as vice president of vendor relations.

The search for IT help will get easier now that IT By Design (ITBD) has opened an office in the Philippines.

Another new partnership, between Agiloft and Tableau, will improve integration for data visualizations and analysis, including contract management data.

Research from Parks Associates, in preparation for the annual CONNECTIONS Premier Connected Home Conference series, found that 37% of U.S. SMBs are likely to purchase cybersecurity services in the next six months. The top five SMB concerns about remote workers start with just over half of companies being concerned or very concerned about the security of employee home networks. Other concerns include securing company files, internet bandwidth, and two-way communications between remote employees and their employers.

If you’ve been overly happy lately, take a look at the Verizon Business 2021 Data Breach Investigations Report. More breaches than ever before, with 5,258 confirmed breaches and 29,2017 “quality incidents.” Phishing attacks were up 11%, with ransomware up only 6%, which actually feels like good news. Where are the problems? 85% of breaches involved a human element. Worse, over 80% were discovered by external parties. When you’re breached, you don’t know it. Try not to think of that detail when you go to bed. Misrepresentation increased by 15 times from last year, with 95% of respondents reporting credential stuffing attacks as some of the 3.3 billion malicious login attempts during the year. Ouch. 83% of data compromised in breaches in the financial and insurance industries was personal data.

The IDC Worldwide Semiannual Public Cloud Services Tracker tallied IaaS, SaaS, SISaaS, and PaaS and found revenue grew 24.1% year over year in 2020 to $312 billion. Leaders were the usual suspects: AWS, Microsoft, Salesforce, Google, and Oracle took 38% of the haul, er, worldwide total, up 32% year over year. Microsoft and Amazon Web Services are neck and neck for the top revenue spot. Spending on IaaS and PaaS continue growing at a higher rate than the overall cloud market. Market size and revenue share are tracked for more than 70 segments of the global public cloud market. 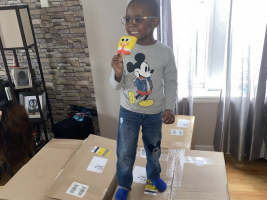 Popsicle under the sea. If you don’t have children, or they’re older, you might’ve forgotten how determined a four-year-old can be. Jennifer Bryant, mother of four-year-old Noah Ruiz, will never forget.

Noah managed to order 918 SpongeBob SquarePants popsicles. They arrived in three 70-pound boxes and needed immediate freezing. Cleverly, he managed to send them to his aunt’s house, who shares the Amazon account with his mom, but the aunt ratted him out. Should’ve sent them to grandma.

PS: parents, never leave your Amazon tab open when you give a child your computer.

ChannelPro Weekly Podcast: Episode #235 - Greetings from the New Hampshire Chamber of Commerce
8 Best Hacking Training Courses to Boost your IT Career
10 Things You May Have Missed at ChannelCon 2022
END_OF_DOCUMENT_TOKEN_TO_BE_REPLACED