ICYMI: Our Channel News Roundup for the Week of March 9th 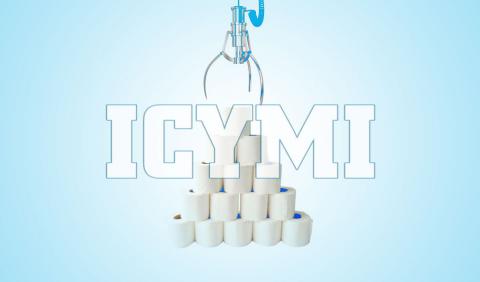 A mashup between VMware and Kubernetes, an alliance between AVANT and Zoom, new Wi-Fi hardware from D-Link, and a new way to satisfy your toilet paper hoarding urge are just a few of the stories we’re belatedly bringing your way. By James E. Gaskin
Tweet

This has certainly been an interesting week, one that we all hope we never see the likes of again. On the other hand, all those with experience in remote client support, personal VPNs, and telecommuting need sunglasses to deal with the spotlight. 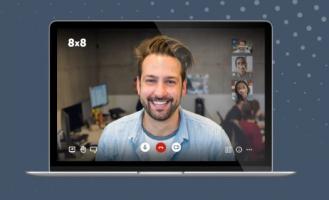 Just because you’re working at home doesn’t mean you can skip meetings. 8x8 announced expanded capabilities for the free, standalone version of 8x8 Video Meetings (pictured). Coverage includes more than 125 countries and the number of users has tripled, as has the registered user base for the system. But wait, there’s more! 8x8 also launched 8x8 X Series and 8x8 Contact Center in Canada. That means 8x8x X Series is available just about everywhere globally.

Companies love their SD-WANs thanks to improved performance and security. Now mobile users can benefit, thanks to the new MetTel SD-M cloud service. Get actionable insight and better control performance, lower costs, and higher security for your mobile users across multiple carriers. 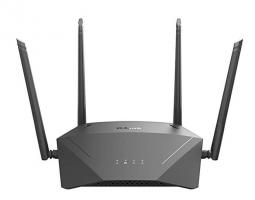 Other product news. D-Link pulled the curtain on a batch of Wi-Fi mesh routers and extenders, including MU-MIMO support. The units also support Google Assistant and Amazon Alexa to deliver flexible and affordable products to consumers. The deets:

As edge computing demands increase, so does heat. Say hello to the Schneider Electric Uniflair rack-mounted cooling unit. Officially the Uniflair Rack Mounted Cooling 3.5kW, DX solution takes the cooling gear off the floor and is a good option for the type of micro-data centers popping up. 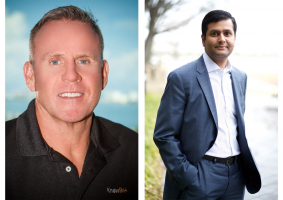 StorageCraft promoted Andy Zollo to head of global sales, up from his previous post as head of sales in EMEA and APAC.

Malwarebytes brought in Adam Hyder to be its new senior vice president of engineering.

NinjaRMM hopes to expand its customer base of over 4,000 customers with the additional funding it just received from private equity investor Summit Partners. Summit holds a minority stake.

To improve endpoint security with some special AI sauce, Lenovo struck a deal with SentinelOne. The autonomous endpoint protection from SentinelOne will fold into Lenovo’s ThinkShield security offerings.

Jenne has been tagged as a master agent for Avaya Cloud Office.

PlanetOne added Spring Business as one of its preferred providers. PlanetOne is the first master agent to sign such a deal as Spring grows its partner channel.

Speaking of partner programs, the BlackBerry Cylance North American Partner Program just got juiced up as well. The three levels are gold, platinum, and emerald. MSSPs will be ramped and billing within 30 days of joining the program, BlackBerry says.

Students and career-switchers should look at the new My IT Path program from CompTIA. The free resource includes step-by-step guidance on planning a career in IT. To help the noobs and experienced alike, CompTIA also created the Advancing Tech and Diversity Community, pulling four earlier groups into one.

IDC’s Worldwide Black Book Live Edition for February 2020 shows that the Covid-19 virus is dropping expected hardware spending levels already. On the low end, IT spending could grow only 1% compared to the original forecast of 4% growth. These and other projections are expected to trend down in the next few weeks. February spending growth will likely be 4.3% rather than the 5% anticipated back in January. Worldwide IT spending growth originally predicted at 5% is likely to drop to 3% in March. Extending the crisis in China beyond Q2 could drop the growth prediction to about 1%.

CompTIA’s “Trends in Managed Services” report says that two-thirds of MSPs expect to expand their service portfolio over the next year. This comes on top of two years of solid to excellent results for 85% of MSPs. Looking forward, expect solid (40%) or excellent (44%) performance to continue. Center stage? Cybersecurity. Tech area zooming up? Managed IoT services, attracting the interests of MSPs looking to diversify and expand. 400 tech businesses across the United States were surveyed for the report.

Open source organization Eclipse Foundation released its first annual IoT Commercial Adoption survey, one of the first of its kind. 366 individuals from a wide range of industries and organizations were surveyed last fall. First of all, IoT is real and growing, if not as fast as the hype. Just under 40% are deploying IoT solutions now and 22% plan to start within two years. Sometimes only toes are being dipped as 30% of organizations are spending less than $100K in the next year. But 40% plan to increase IoT spending in the next fiscal year. And, as with many other technologies today, hybrid cloud leads the way for IoT deployments. AWS, Azure, and Google Cloud Platform are the leaders. 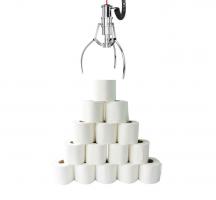 Want that toilet paper badly? Prove it. Nobody confuses Covid-19 with a comedy show. But that doesn’t mean you can’t have a little fun no matter the situation.

In this case, Chapman’s Funland in Bridlington, East Yorkshire, England, decided to gamify the rush on toilet paper. Yes, disaster preppers are grabbing as much TP as possible recently. So owner Eddy Chapman replaced the toys inside his claw machines with toilet paper rolls.

Eddy reports people laughed, which was the idea. And good news travels fast. Bob Braddick of Ho Barts Amusement Arcade in Devon, England, replaced all the toys in his claw machine with soap and hand sanitizer.

ICYMI: Our Channel News Roundup for the Week of April 5th
END_OF_DOCUMENT_TOKEN_TO_BE_REPLACED

Jabra PanaCast Review - Get Your Huddle On
END_OF_DOCUMENT_TOKEN_TO_BE_REPLACED