ICYMI: Our Channel News Roundup for the Week of March 7th 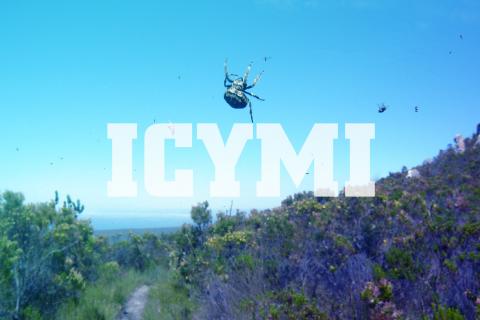 Shiny new devices from Apple, a big cybersecurity acquisition by Google, a new Ryzen Threadripper from AMD, and the world’s latest weird and unexpected hazard (giant flying spiders from Japan) are among the stories we waited until just now to bring you. By James E. Gaskin
Tweet

Fans of a certain age, or those who watch the all-rerun over the air broadcast channels at Grammy’s, know the meme of Lt. Columbo saying, “Just one more thing.” It appears Mother Nature is a fan, but in this case, “one more thing” means another bomb cyclone! Those on the Atlantic side of the country should stay in and enjoy these warm newsbits with some hot chocolate. 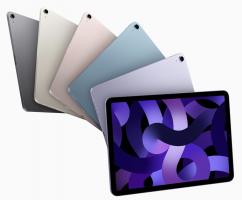 Apple gadget news. The M1 chip is the real news from Apple, since it’s all over the product lines, including the most powerful and versatile iPad Air ever (pictured). 5G on cellular models, Wi-Fi 6, faster USB-C port, and a 16-core Neural Engine to power machine learning functions that support many of the apps using the ultra-wide 12 MP front camera with Center Stage.

If the iPhone 13 models are too big, wrap your hand around the new iPhone SE model, with a 4.7 inch display. The Home button and Touch ID returns, the A15 Bionic chip with a 6-core CPU does the work, and the starting price of $429 for the 64 GB model aims at a big selling point of the Android competition, affordability.

Also returning? A desktop computer in the form of the new Mac Studio, powered by the new M1 Ultra. Designed for the “creator” crowd, especially with the new Studio Display and a 5K Retina screen. Lots faster but not much bigger than two stacked Mac Minis.

Catch that M1 “Ultra” mention? The new chip includes the UltraFusion Architecture that connects the die of two M1 Max processors, bypassing the performance loss of linking processors across the motherboard. The 20-core CPU, made of 16 high-performance and four high-efficiency cores, delivers a claimed 90% higher multi-threaded performance than competing 16-core PC desktop chips, and it does so drawing 100 fewer watts.

News from another tech heavyweight. The Google Cloud will fold in Mandiant once the approximately $5.4 billion acquisition of the dynamic cyber defense response company is complete. More advisory services, threat detection, validation, and managed defense are on the roadmap. 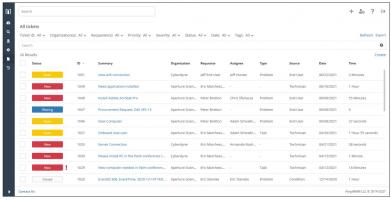 Other product news. NinjaOne moved Ninja Ticketing (pictured) from beta into general availability. Partners can navigate to the integration section and click “Ticketing,” to get quick access to endpoint details in the ticket, along with remediation tools and more.

Hello to new modules Vulnerability Assessment and a preview of Patch Management for the Nebula cloud-native endpoint protection platform from Malwarebytes. 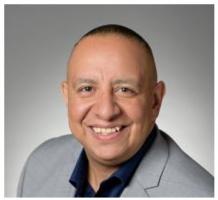 Over at MSP360, the newcomer to the office is Alexandra Courson, now in as vice president of sales.

HelpSystems will acquire Alert Logic to add the latter’s MDR solution to the former’s cybersecurity and automation software.

InteractiveTel acquired the assets of Marcom Technologies. All 34 Marcom employees will help InteractiveTel expand into the automotive dealership vertical.

MSPs need to batten down the hatches, because according to State of the Market: The New Threat Landscape, a report commissioned by N-able, MSPs are overtaking their customers as a primary target for cybercriminals. Of the 500 participants in the U.S. and Europe, 90% suffered a successful cyberattack in the past 18 months. 82% of MSPs have seen attacks on customers rise, although not quite as much with 14 attacks prevented per month. Hey, barefoot shoemakers, only 40% of MSPs are using two-factor authentication even though they offer it to all their customers. While DDoS and ransomware attacks are rising, phishing remains the top attack. Over half of breached MSPs fought financial loss and business disruption, 46% lost business, 45% took a hit to their reputation, and 28% saw their customers suffer a loss of trust.

Ivanti’s Everywhere Workplace study surveyed over 6,100 office workers and IT professionals to discover what employees thought about the past, present, and future of work. First off, 71% would prefer working from anywhere to a promotion, although 10% reported a negative effect on their mental health. 70% of IT women reported negative effects from remote work, but only 30% of men said the same. Losing personal connection with coworkers bothered 9%, while 6% felt expected to work longer hours than when in the office. Looking forward, 42% of employees prefer a hybrid model of work, up 5% since the last study. 30% want to work from home permanently. To help, 32% of IT pros want the service desk to be modernized. 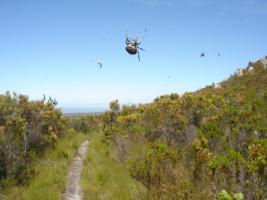 Just one more crazy thing. Haven’t we had enough surprises the last couple of years? Seen all the disasters and lockdowns and snowstorms you want? Ready to sit in the backyard and relax?

Not so fast: if you’re in Georgia or the Southeast moving up the East Coast, you need to keep an eye out for three-inch long parachuting spiders, specifically, the Joro Spider from Japan.

Colorful and officially not dangerous to people because their fangs can’t easily penetrate human skin, we’re still talking about three inch, bright yellow and red spiders. No thank you.

ChannelPro 5 Minute Roundup for the Week of January 23rd, 2023
END_OF_DOCUMENT_TOKEN_TO_BE_REPLACED