ICYMI: Our Channel News Roundup for the Week of March 6th 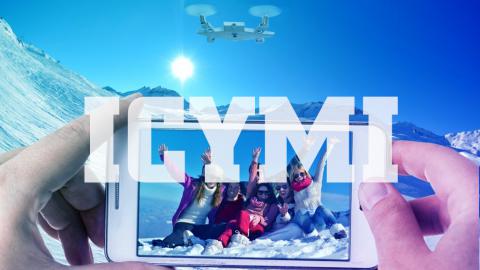 Google’s enterprise push, Microsoft’s open ARM embrace, and a flying variation on the selfie stick sure to make you the object of everyone’s irritation are all among the stories we didn’t manage to cover this week.

Sure, that extra hour of sleep we all got back in November when daylight savings time ended was pretty sweet, but we’ve been struggling to adapt to the time change ever since and it’s eating into our productivity. Almost there now, though! All we need is another day or two and we’ll be fully into the standard time swing. Good thing we won’t be re-setting our clocks again anytime soon.

And now, as we shake off the last of our surprisingly enduring grogginess, here’s a look at the news it caused us to miss this week.

Google means business. This, from a post on Google’s PR blog about the company’s Next ‘17 event in San Francisco this week, did not bode well for us overworked tech media types:

“We’re rolling out dozens of announcements this week, including new customers, partners, products and services like application development and machine learning.”

Dozens? We braced for the worst, but thankfully the onslaught turned out to be manageable. And just a little surprising. Google made enterprise adoption of its cloud solutions the key theme of this year’s Next, and then did the kinds of things a vendor getting serious about the enterprise needs to do, like:

Gaga for Google? Then you may not have noticed the latest moves in Salesforce’s embrace of artificial intelligence this week. The CRM leader’s Sales, Service, Marketing, Commerce, Analytics, and Community Clouds all now draw on its Einstein AI platform, and developers can tap into new Einstein-based image recognition capabilities too. Last but not least, Salesforce and IBM announced a new pact to connect Einstein with Big Blue’s Watson AI platform (which can’t help but have fans of bad science fiction movies from nearly half a century ago thinking of what happened when Colossus met Guardian).

Speaking of alliances...There was also a big new partnering deal this week between IBM and Cisco to create converged infrastructure solutions together and a head-turning commitment by Microsoft to employ ARM processors from Qualcomm and Cavium in its cloud data centers, not to mention word of collaboration between Microsoft and Schneider Electric on a new rack power distribution unit.

Meanwhile, other industry worthies did some product launchin’ of their own this week. For example:

And there was more, yes MORE, news from magical realm of vendors. Such as:

Get architecting, people! Because if Glassdoor is to be believed, 6 of the 25 highest paying jobs in America right now include the word “architect” in the title. And none of those involves making buildings.

Stuff no one needs. Sure we could have focused this “what not to buy” segment on $500 beer coolers or Kaspersky’s new perfume (which at least has some educational value, and strictly speaking isn’t for sale). We’ve chosen to focus, however, on a Kickstarter-ed product sure to turn its every owner into the most annoying person everywhere they go. Yes, in an offering that turns two public nuisances into one, Selfly has created a consumer drone designed to be a sort of flying selfie stick. Because if you’re serious about your narcissism you want a wider range of viewing angles and distances to choose from when documenting your every waking moment.

Not that there isn’t a market for this thing, of course. “A year ago, I was on vacation with my kids,” Selfly inventor (and orthodontist) Hagay Klein told CNBC. “They take about 50 selfies a day.” And now each and every one is a lawsuit waiting to happen.