ICYMI: Our Channel News Roundup for the Week of March 2nd 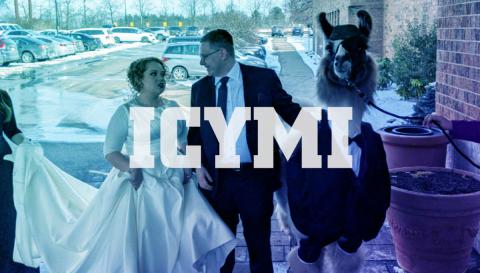 Small business tech from Cisco, healthcare tech from Microsoft, and a surprise four-legged wedding guest are just three of the many stories we are just now bringing your way. By James E. Gaskin
Tweet

Now that February is in the rear-view mirror, the ‘20’s can really get going. January seems like the cleanup month from the holidays, followed by February which feels like the holiday hangover. But March feels like a new year, as spring plants start to bloom in the south and snow starts to melt in the north. Enjoy it before the kids are out of school for spring break.

Product news from name-brand vendors. Cisco springs a new line of “Designed for Business“ products and services for small businesses (pictured) that want things simple but still secure. Manage your networks with the new Cisco Business Wireless Mobile App that allows an individual to configure and manage networks from any location. Searching for something on Cisco.com? Now there’s a single button to call up a Cisco partner or buy online. And the Cisco Meraki Wi-Fi product lines have some goodies as well.

Salesforce revamped its partner program to help clients and their customers scale faster. First up is the new Partner Trailblazer Score to track key metrics in areas of customer success, innovation, and engagement. Easier for ISVs, consulting, and agency partners to track where they are. The new Margin Royalty Model will help, too.

Just in time for the now canceled HIMSS healthcare tech conference (thanks for nothing, COVID-19), Microsoft unveiled a slew of additions to its Microsoft 365 suite specifically for care delivery teams.

Moving always sucks, whether physical or in the cloud. At least in the cloud you can continue to move to Office 365 Business Premium or Microsoft 365 free through June with the FY20 Free Migration Offer from AvePoint and Microsoft, courtesy of Ingram Micro. You’ll need new seats for the version of 365 you’re moving, but you needed those anyway, and now you can keep your source and destination files in sync.

Other product news. Now that Wi-Fi 6 details have been settled, Aruba has a family of Wi-Fi Certified 6 indoor access points ready to go. Extend those data networking frequencies with one of four new access points. Models to check include the Aruba 500 Series, 510 Series, 530 Series, and 550 Series APs.

Managed cloud services player Navisite looped in RDX, clckwrk, and ClearDB through acquisition and combined their strengths with the core cloud, application, and hosting services of the legacy Navisite.

Want some help delivering Windows applications to any device? Hello to the newly launched Cameyo for MSPs to help them build more profitable and scalable virtual application delivery for their customers.

Retrospect (a StorCentric company) released Retrospect Backup 17 and Retrospect 2020, and juiced the juice on the Retrospect Management Console to boot. 10x faster ProactiveAI, Restore Preflight, and Wasabi cloud support are just a few of the new features.

Need some advanced enterprise security software? Sure you do. How about the new ManageEngine Application Control Plus, which brings together endpoint privileged management and applications control capabilities? New malware prevention, rule-based list building, and flexible operation modes don’t cover nearly all the new stuff.

Virtual reality player HTC VIVE announced a full suite of VIVE Pro Eye solutions that give businesses pre-bundled packages for tasks such as training and simulation, consumer feedback and analytics, and gaze-oriented navigation among others. 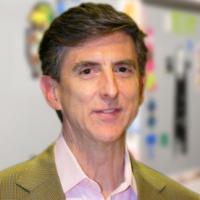 Vendors, yes. Products, no. Roll out the red carpet at Datto for John F. Abbot (pictured), the new CFO.

Over at Ivanti, a promotion for Cyrus Hatfield makes him senior vice president, global sales.

The welcome wagon has a delivery for Renee Bergeron, formerly of Ingram Micro and now senior vice president and general manager at AppSmart.

Broadvoice has a whole new brand strategy that calls out its longstanding emphasis on doing UCaaS with a personal touch.

The reason you keep seeing so much about SD-WAN? The SD-WAN worldwide market topped $1 billion in 2019 worldwide. That’s 64% growth, which qualifies for the “with a bullet” tagline. The Dell’Oro 4Q19 Router and Carrier Ethernet Switch Report showed how the tech moved from the “let’s look” to the “gotta have” stage. About 60% of that $1 billion went to five companies: Cisco, Silver Peak, Versa, VMware, and Fortinet. Overall, the worldwide service provider router and carrier Ethernet switch market ended the year down 7% year over year in the fourth quarter but grew 1% for all of 2019.

Surprised how IoT keeps growing so fast when so many devices have security issues? So was Kaspersky, so they did a new report titled, “With superpower comes super responsibility: benefits and challenges of IoT in business.” The report found 61% of companies said their IoT business platforms are growing year-over-year to provide savings, new income streams, and increased production efficiency. But the downside was the 28% of companies reporting cybersecurity incidents targeting those IoT devices. In other words, the security issues with current IoT devices do not seem to be causing companies to stop or slow their IoT rollout. 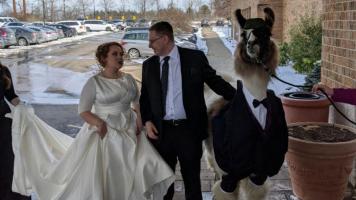 Yes, that’s a wedding llama. Brothers and sisters have a special bond that’s sometimes hard to distinguish from torture. Mendl Weinstock hated listening to his sister Riva and her friends endlessly plan their future weddings during a long car trip. As brothers do, he promised to misbehave at said wedding.

And he did. Just as he promised, he brought a llama to his sister’s wedding.

But it’s OK, because the llama was wearing a tuxedo coat, shirt, and black bow tie. As Riva no doubt pointed out to her brother, the llama was better dressed than he was.

She thought she was safe when she reached the door, because the wedding venue had a strict “no llama” policy. But that only covers live llamas. A friend brought in two large inflatable llamas and put them at the sweetheart table.

No doubt Riva pointed out the llamas inside behaved better than her brother.

But balance will be restored, because Mendl will graduate from college soon. Riva is already making some “special plans” for that party. But how do you beat a llama in a tux?

ChannelPro 5 Minute Roundup for the Week of August 8th, 2022
END_OF_DOCUMENT_TOKEN_TO_BE_REPLACED