ICYMI: Our Channel News Roundup for the Week of March 28th 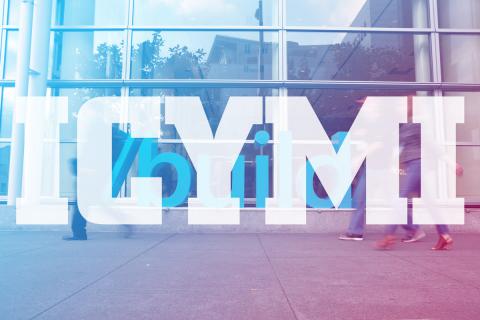 New software from Microsoft, new hardware from Dell, HPE, and Supermicro, and the world’s first hackable wine bottle are among the stories worth knowing about that you may have missed this week. By Rich Freeman
Tweet

Not to sound defensive or anything, but maybe if people in the IT industry stopped making news so insistently we wouldn’t have trouble reporting it all. But they won’t and we do, so here’s our latest roundup of stories worth knowing about that we didn’t cover this week.

Can’t beat the price. As anticipated, Microsoft had news to share at this year’s Build conference in San Francisco about Xamarin, the multi-platform mobile app development vendor it purchased in February. Xamarin’s software is now available free to users of Visual Studio Community and Visual Studio Enterprise, and Microsoft said it would open source the Xamarin SDK in the coming months as well. The goal of these bold moves, the company explained in a press statement, is to empower developers to “deliver fully native cross-platform mobile app experiences to all major devices, including iOS, Android and Windows.”

Microsoft also shared details about its “intelligence vision” with Build attendees. We’ll skip right past the snarky comments a phrase like that pretty much invites, and just note the company was referring to its vision for using machine learning and big data capabilities hosted on Microsoft Azure to create intelligent agents that communicate with people in plain language via voice, text, Skype, Slack, and more. And once again we’ll resist the temptation to crack wise by noting that Microsoft is still mastering the distinction between plain language and the racist kind.

Also announced at Build were:

Meanwhile, back in Redmond. The folks minding the fort at home kept busy this week too, making news with these additional product intros:

You’d think they planned it in advance or something. The same day Intel announced the release of its new Xeon E5-2600 v4 processors, Dell, Hewlett Packard Enterprise, and Supermicro all shipped servers containing the cloud-optimized CPUs. More specifically:

And what’s the word on SYNNEX, you ask? Meh. You’ll recall that on Monday we wondered whether the quarterly financial figures SYNNEX posted this week would more closely resemble Tech Data’s recent eight percent net income increase or Ingram Micro’s 13 percent year-over-year global sales dip. As things turned out, SYNNEX came in more or less in the middle. Profits were ever-so-slightly up over the same quarter a year ago and revenue was a touch down. Disappointed by weaker than expected forward guidance, however, Wall Street had bid SYNNEX shares down 5.93 percent as of press time.

Clap your hands. Because you’re happy and you know it, and so are your customers, according to Dun & Bradstreet and the Pepperdine University Graziadio School of Business and Management. Their latest Private Capital Access Index shows that 86 percent of U.S. SMBs are either more or somewhat more optimistic about their future growth prospects. The report also reveals that demand for capital is up 7.4 percent in the last quarter while access to capital is up 2.5 percent. And where are SMBs getting that capital? The new study says 71 percent rely primarily on friends and family, 68 percent lean on personal credit cards, and a comparatively low 56 percent utilize “trade credit” (i.e. vendors).

Internet of tipsy Things. Last week, we wrote about a somewhat unusual Internet of Things security demo that involved hacking a large pink sex toy. Now comes word of a new “smart wine bottle” from Kuvée that lets you pour a single glass without oxygenating everything else, so partially used bottles stay fresh for up to 30 days. In addition, however, the device comes with a built-in, WiFi-enabled touchscreen that displays information about what you’re drinking and allows you to order more. You can’t help but wonder how long it will be until no-goodniks start penetrating these (I’m guessing here) loosely-secured devices and charging their wine to your account—or until legit Kuvée owners start blaming hackers for that case of the good stuff they drunkenly purchased the night before.