ICYMI: Our Channel News Roundup for the Week of March 26th 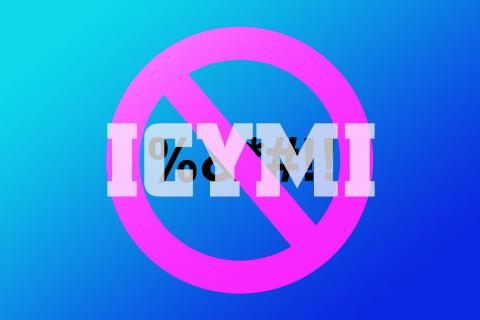 (Digital) signs of the times at DSE, new hardware from NVIDIA and Apple, plus Microsoft’s new rules against cursing at your computer and in favor of the Oxford comma were among the stories we took our sweet time getting around to this week. By James E. Gaskin
Tweet

Major sign of spring: the Northeast did NOT get another foot or two of snow this week. Doesn’t mean all the earlier snow is gone, but it does offer people a thin thread of hope that winter will end fairly soon. Almost certainly. Promise.

Another sign of spring? The conference business picks up. It becomes safe to have a conference in the Snow Belt again (April has almost twice as many conferences as March). Attendees get to see hotels outside the Las Vegas and Orlando ping pong pairing.

Looking for a sign? Here are some digital ones. Plenty of things to look at during the Digital Signage Expo this week, like the “Ultra-Narrow Bezel Video Wall” (pictured) from LG. How narrow is ultra-narrow? 0.6mm. About as close as you can put your fingertips to each other without touching. LG offers 49- and 55-inch models.

LG also launched seven new touch-screen displays for corporate meeting rooms and the like. They work with major videoconferencing systems. Sizes range from 55 inches and some 75-inch 4K UHD options up to an 86-inch unit.

Samsung reminded us that they make a few screens as well, including the Samsung Flip smart touch display, which moves from horizontal to vertical (landscape to portrait mode), includes security, and syncs with personal computers.

New hardware for those on the go (mobile). Apple’s new 9.7-inch iPad with Apple Pencil support (pictured) is like a digital sign you can hold in your hand. Or a magic legal pad where you can draw, write, mark up screenshots, and do all your other creativey-designy things. Batteries are included, but the pencil isn’t ($99).

Partnerships are big for Huawei lately. Teaming up with Leica, the new Huawei P20 Pro includes a triple camera from Leica. That model and the Huawei P20 include major AI advances, combining technology and art (another partnership!) to life (says Huawei.) The OS is Android 8.1.

Sound good? Too bad, America. Not for you.

Another NVIDIA partnership, this time with long-time buddy Adobe, will optimize the Adobe Sensai AI and machine learning framework for NVIDIA GPUs.

Other big dogs barked as well. SAP extended partner access to software for SMBs via SAP-qualified partner-packaged solutions, which are designed to provide a fast return on investment.

Salesforce, at its third annual TrailheadDX developer conference, parted the curtains on the new Salesforce Integration Cloud. Goal is to make it easier to connect systems with disparate data sources (new name for data silos?), so customers can use their data no matter where it is more easily.

Forget autonomous cars. Larry Ellison rolled out the first service based on the new Oracle Autonomous Database. Big Larry (this one, not this one) promises the database patches, tunes, and updates itself at half the cost of AWS.

Say hello to the HP Z8 (pictured), which HP claims is the most powerful workstation for machine learning development. The HP ML Developers Portal has some new tools, and it supports the NVIDIA GPU Cloud.

Aporeto Enterprise 2.0, a Zero Trust security solution for microservices, containers, and the cloud, is on the loose.

Netskope (cloud security) addresses web security with, you guessed it, Netskope for Web. Consider it an expansion of the Netskope Cloud Security platform.

Look at those doggies in the window. SolarWinds, in honor of World Backup Day (I hope I remember to celebrate), introduced its first backup solution for end users, SolarWinds Backup.

SolarWinds MSP commissioned the Ponemon Institute to survey 202 senior-level security executives in the U.S. and U.K. about emerging security threats. Special focus was given to the “Vault 7” leads, and the global WannaCry and Petya ransomware attacks. Over half (54 percent) of the execs said they had been attacked in the last year. About half of those (47 percent) were unable to prevent the attack. Some reasons why? 44 percent knew about but didn’t implement the WannaCry patch. 55 percent didn’t patch for Petya.

WatchGuard announced findings from its Internet Security Report for Q4 2017. SMBs reported malware attacks were up 33 percent, and more attacks are coming through Microsoft Office documents with malicious payloads. Zero-day malware variants jumped 167 percent. Half the malware attacks eluded basic AV protection, and scripting attacks made up nearly half (48 percent) of malware.

Arcserve did a new survey in preparation for World Backup Day and found that less than 15 percent of businesses have a “high degree of confidence” in recovering data after downtime or disaster. This after the respondents revealed their top IT concern is the cost of downtime. Umm, what? At least nearly half (45 percent) said they would pay more for a solution that’s easier to deploy and manage over one that’s cheaper but may need extensive training.

Don’t curse at the Oxford comma. Microsoft provides an interesting “left hand versus right hand” object lesson today. On one hand, their UX copywriters, the ones who write the words you see after Windows does something sad, like, “Your PC ran into a problem and needs to restart as soon as we’re finished collecting some error info.” They have four guiding rules: Be warm and relaxed, be crisp and clear, be ready to lend a hand, and “We use the Oxford comma to make lists, share data, and tell stories.” How civilized and comforting.

On the other hand, Microsoft tweaked its services agreement, to take effect on May 1, 2018, to include: “Don’t publicly display or use the Services to share inappropriate content or material (involving, for example, nudity, bestiality, pornography, offensive language, graphic violence, or criminal activity).” The new rules apply to Skype, Outlook.com emails, Office 365 documents, Bing, Cortana, OneDrive, and OneNote. Piss off big bad Gangsta Bill, and kick you off the service he will.

Really? If someone reports your potty mouth, Microsoft might do something to you. So if you’re one of the four people using Cortana, be civil when trying to make it work

But this opens up a real basket of snakes, and layers. If Microsoft monitors your personal documents in your personal O365 storage, they can no longer claim to be a common carrier. That would be like the Post Office opening every love letter to make sure you didn’t rhyme “Roses are red and violets are blue,” with something naughty.

Honestly, if Microsoft locked up everyone who cursed at Windows, Word, Excel, Outlook, and on and on, who would be left on the outside of the bars?