ICYMI: Our Channel News Roundup for the Week of March 25th 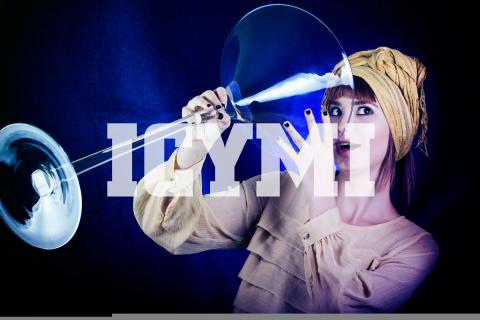 Partnerships and products from Adobe and AWS, high-performance blob storage from Microsoft, and a cement mixer-sized cocktail shaker for big drinkers (or big drinks, anyway) are among the stories we’re finally bringing your way. By James E. Gaskin
Tweet

Spring’s finally getting traction in most of the country. Flowers bloom, weeds bloom higher, and we’re ignoring yardwork as we cry over our busted March Madness brackets. No one will cry harder than neuropsychologist Gregg Nigl, the new record holder for the longest perfect bracket. Alas for Gregg, Purdue beat Tennessee in overtime. And overtime is what we burned catching up with these newsbits that snuck by, so enjoy the rest of March Madness (go Texas Tech). 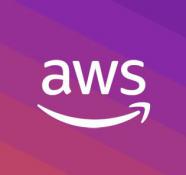 Archived data may get queried once a year, but businesses have fresh data that must be accessed immediately and by thousands of users. The AWS goodies for these folks? Amazon Redshift with the new Concurrency Scaling feature. Seattleites claim this is the most popular cloud data warehouse.

News from Adobe and friends. At its summit conference this week, Adobe revealed that it’s shaken hands with Microsoft on a deal to align key data sources for filling profiles in Adobe Experience Cloud. Included are Market Engage and Microsoft Dynamics 365 for Sales. B2B marketers rejoice.

In yet another partnership, Adobe Experience Cloud will integrate with the ServiceNow Platform, including its customer service management tools. Joint customers will be able to integrate and leverage workflows, services catalogs, and more. 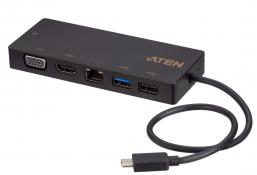 Other products in the news. Microsoft’s Azure Blob Storage has a new performance tier: Azure Premium Blob Storage. Aimed at those who have workloads in need of very fast response times, or high transaction rates, or both. Secret sauce is lower and more consistent storage access latency.

Schneider Electric has some new tools for micro data centers that couple its APC by Schneider Electric product line with Cisco’s HyperFlex Edge hyperconverged infrastructure offering. IT global channel partners of both can now offer reference designs that can be used as-is or customized.

Like free? Then enjoy the new Veeam Backup & Replication Community Edition, a FREE solution that offers host-based backup services for VMware, Hyper-V, and AHV. And agent-based services for both Windows and Linux workstations and servers, physical or virtual.

Both the Internet of Things and artificial intelligence benefit from custom hardware. Avnet’s new Ultra96-V2 board upgrade provides a great platform for smart home, automotive, industrial controls, and other applications. Put your order in now to get one of the first ones when they ship in May.

You may remember Apple’s recent hardware release wave. I know, Apple is shy and didn’t want to make a big fuss. But Jamf Pro supports all Apple products and upgrades from day one (day-zero sounds too hacker-ish). MDM, remote desktop, and all sorts of other goodies.

Love games on your phone but hate squinting? Peruse the new ATEN USB-C Multiport Mini Dock (UH3236, pictured) for lag-free mobile gaming, which connects your phone to a monitor, keyboard, and mouse. Also charges your phone while you bash that final boss.

Best to play games over fast Wi-Fi. Actually, best to do everything over faster Wi-Fi. Hence the new EnGenius 2x2 Wi-Fi 6 EWS357AP 802.11ax access point. Powered by Qualcomm’s latest chip goodness and supports 2.4 and 5 GHz as well as 1x1 and 2x2 clients. 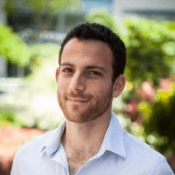 Carbonite (data protection) closed the book on its acquisition of Webroot, the cybersecurity company.

Distributor and master agent Jenne announced that it will be distributing FatPipe’s software-defined WAN products.

Portnox (management) announced the Portnox Sphere MSP/MSSP Program to deliver network access control as a service from the cloud.

The 2019 SonicWall Cyber Threat Report analyzes threat intelligence from more than one million global sensors in 2018. No surprise but cyberattacks are up. How much up? Try 217.5 percent, with more than 2.8 million encrypted malware attacks blocked in 2018. Newest nightmare for you? There were over 3.9 trillion (with a T) intrusion attempts. PDFs and Microsoft Office files are being leveraged as trusted files to get around traditional firewalls, a growing problem that keeps getting bigger.

In an unsurprising segue, given all those threats, Vanson Bourne research sponsored by Continuum found that 9 of 10 SMBs would hire a new MSP if they offered the right cybersecurity solutions. Underserved and Unprepared: The State of SMB Cyber Security in 2019 drew data from 850 SMBs across the U.S., U.K., France, Germany, and Belgium. Worse news for MSPs? Three of four SMBs would blame their MSP for security breaches even if they aren’t purchasing cybersecurity support. Better news? SMBs switching providers are willing to spend up to 24 percent more on average for the right cybersecurity offering. Nearly half (47 percent) are willing to pay at least 20 percent more to a new security provider.

Spanning (cloud-to-cloud backup), a Kaseya company, did some research with CollabTalk and the Marriott School of Business at Brigham Young University on security and compliance for Microsoft Office 365 users. Guess what? Many survey respondents were confident of their O365 security but very few addressed glaring gaps in said security. Yes, you’re shocked, shocked. More than 30 percent declared the overall state of governance readiness in their organizations as “poor.” Experts who reviewed the data found that respondents showed a “general unfamiliarity with Microsoft’s native security tools and a failure to use many of those tools.” Shocked again.

The Closing Backup and Recovery Gaps report by Barracuda Networks found that scattered data makes for spotty backups. 57 percent of respondents were backing up more than two sites, and 35 percent use multiple cloud services. And where does one backup cloud data? Other clouds, of course, according to 64 percent of global organizations. Yet 36 percent still do not do this. Curiously, only 16 percent back up the data in their SaaS applications. And echoing the above paragraph, Office 365 confusion exposes firms to significant risks.

SolarWinds released its IT Trends Report 2019: Skills for Tech Pros of Tomorrow. Bad news: 75 percent are not “completely confident” in having the necessary skills to wrangle IT environments over the next three to five years. Good news: 99 percent have worked to develop a skill in the last 12 months. Just one in four MSP partners considers themselves a managed service expert. Biggest worries for the future are AI (53 percent), quantum computing (43 percent) and machine and/or deep learning (43 percent). 83 percent of tech pros say day-to-day IT work extends into time earmarked for career development. 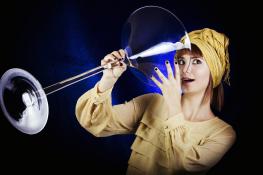 Wanted: World’s biggest olive. The makers of Monkey Shoulder whiskey created the “Monkey Shoulder Mixer,” a 27-foot-long converted cement mixer with a 2,400-gallon drink mixer. Where is this? Florida, the land of undergraduate Spring Break dreams. Will 2,400 gallons be enough?

Unveiled at Arizona Cocktail Week in February, the custom drink blended in the giant contraption is called the “Mixed Up Monkey.” It includes Monkey Shoulder whiskey, mint simple syrup, fresh lemon juice, soda, and mint leaves. Check around the Orlando area to see where the Mega Monkey truck will be serving cocktails this week.

Look for the giant silver martini shaker. Because you want that drink shaken, not stirred.

ChannelPro 5 Minute Roundup for the Week of January 11th, 2021
END_OF_DOCUMENT_TOKEN_TO_BE_REPLACED

Jabra PanaCast Review - Get Your Huddle On
END_OF_DOCUMENT_TOKEN_TO_BE_REPLACED