ICYMI: Our Channel News Roundup for the Week of March 21st 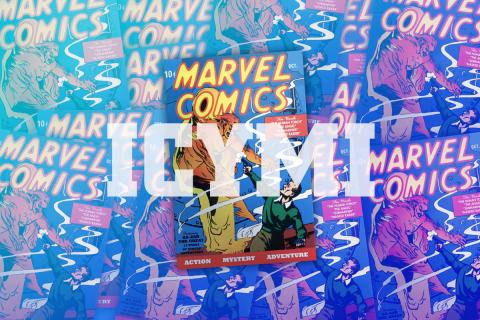 Chips from AMD, resources from NVIDIA, peer groups ASCII, billing software from Zomentum, and a big fat pay day for a lucky person who’s mom didn’t throw away all his comic books are a few of the stories we’ve just now gotten around to. By James E. Gaskin
Tweet

Welcome to Spring 2022 weather, the roller coaster that comes to you. This weekend, a heat wave will hit the West and Midwest, pushing a cold snap into the Northeast, including snow for some. Next week, the situation reverses, so keep your heavy jacket beside your shorts and sandals. 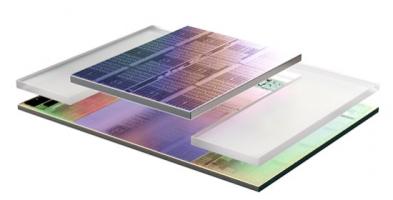 Outside the data center, the AMD Instinct ecosystem hit the shelves and now powers a range of new systems from the usual suspects, including Dell Technologies, HPE, Lenovo, and Supermicro. Leverages the AMD Instinct M1210 accelerator and ROCm 5 software.

Speaking of Supermicro, test out the new processors yourself through their SuperBlade, Twin, and Ultra server families. All have models built around the 3rd Gen AMD EPYC Processors with a 768 MB L3 cache, allowing applications to keep more data close to the CPU for faster results.

For large-scale digital twin projects, check out the just-announced NVIDIA OVX that runs within the NVIDIA Omniverse. Simulate buildings, factories, cites, or more.

NVIDIA and Microsoft announced a deal to bring confidential computing to NVIDIA Ampere A100 GPUs combined with hardware-protected. Allows enterprises to use sensitive datasets to train and deploy more accurate models. 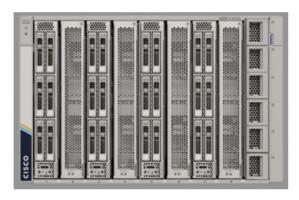 Game devs have a new option: AWS for Games, used by many gaming big dogs over the last 15 years. Preview Amazon GameSparks, check out AWS GameKit, and get guidance from Amazon Nimble Studio.

Other product news. Zomentum Connect, the billing reconciliation system based on tech from Goolash, is now generally available for as little as nothing, ever.

JumpCloud now integrates with ConnectWise Manage, to better automate client billing so you can save time and avoid dropping billable items in the monthly rush to reconcile information from multiple sources.

Can you hear me now? If not, try the new Verizon Mobile for Microsoft Teams and integrate your number with Teams for enterprise-grade voice quality and policy management.

Wherever people work, they need something printed, right? Hybrid workforces, get ready for the newly announced Xerox VersaLilnk C7100 and VersaLink B7100 Series MFPs in the office, pared with the Xerox C315, B305, and B315 MFPs for home use.

ExtraHop extended its Reveal(x) 360 to offer better threat visibility for AWS by employing advanced AI to create a “threat heatmap.”

Vade Secure has a new patent to prevent phishing kits from initiating defensive actions when examined by URL scanning technology.

Remote and hybrid developers might find higher productivity with the new itopia Spaces and it ready-to-code environments. 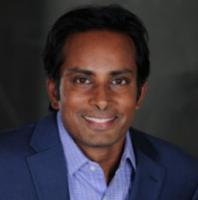 Unfurl the red carpet in front of Sophos for Rob Lalumondier, vice president of federal business.

Ring the bells to announce the arrival of Joshua Chan at Cowbell Cyber as CTO.

There’s a new peer group from The ASCII Group, and it aims to spark good knowledge sharing among ASCII members.

Netwrix launched a new partner portal to integrate partners of its acquired entities into the Netwrix channel. Enroll in the Netwrix Channel, register deals, and make use of sales materials and the consolidated training and certification program.

Going to the Channel Partners Conference and Expo in Las Vegas next month? Don’t miss the Alliance of Channel Women’s ACWConnect Live! networking event there on April 11th. Registration is open now.

Liquidware and IGEL worked with analyst Freeform Dynamics on the “Modernizing the Digital Workplace” report, which examines how organizations are doing in today’s fractured work arrangements. The rush to embrace work from home means the longer-term costs of governance and technical expenses are now due. Despite that, modern desktop delivery models lead to better outcomes in user satisfaction, cost of ownership, manageability, and security. 80% of respondents claim they needed to act very quickly to keep their businesses running, with 73% reporting instructions to keep costs and overhead to a minimum. Shortages limited equipment options for 72%, a similar number claimed a need to minimize end user training requirements, while 70% had to keep things as simple and supportable as possible. Today, 65% are considering reducing dependency on the “fat-client” computing model, more automation of delivery, monitoring, and management, and adopting platforms designed to support the modern desktop/application model.

Proof mom was wrong about comic books. Here’s more ammunition when mom tries to guilt you: A Marvel Comics book just sold at auction for more than $2.4 million. Yes, dollars.

Marvel Comic #1 from 1939 included the precursor to the Human Torch from the Fantastic Four, and the first appearance of Namor the Sub-Mariner. It was also a “pay copy,” meaning it had annotations by the publisher showing how much was owed to contributors.

No, it’s not a comic book you bought with a dime you found in the couch, but she didn’t know that when she threw it away.

Welcome to Spring 2022 weather, the roller coaster that comes to you. This weekend, a heat wave will hit the West and Midwest, pushing a cold snap into the Northeast, including snow for some. Next week, the situation reverses, so keep your heavy jacket beside your shorts and sandals.

ChannelPro 5 Minute Roundup for the Week of January 23rd, 2023
END_OF_DOCUMENT_TOKEN_TO_BE_REPLACED