ICYMI: Our Channel News Roundup for the Week of March 20th 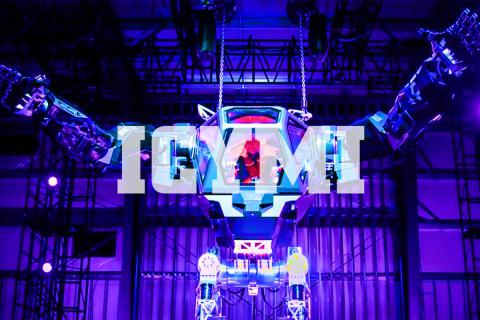 A breakthrough SSD from Intel, a less than breakthrough iPad from Apple, and a tech industry CEO with terrifying new powers were all among the stories we didn’t tell you about this week.

We’re frequent fliers here at ChannelPro, so take it from us: The civil aviation system in this fine country is much better than some folks would have you believe. I mean, you don’t read about this kind of thing happening in the U.S. very often, now do you?

On the other hand, we’ve been here at gate H16 all week waiting for “the paperwork,” whatever that is, to arrive so we can finally get out of here. And true, we’ve enjoyed a lot of Starbucks pastries and Auntie Anne’s pretzels along the way, but it turns out an airport just isn’t a good spot from which to cover the IT industry. Here’s a look at what we probably would have written about this week had we not been going slowly insane to the sound of Wolf Blitzer’s voice on CNN Airport instead.

Advantage Adobe. As we told you Monday, Adobe and IBM held dueling conferences up the street from one another in Las Vegas this week. Which one got the better of that contest depends a little on how you feel about broccoli.

IBM fed up lots of it in the form of useful but not terribly exciting new additions to its IBM Cloud platform, such as:

Adobe on the other hand was serving flashier fare, like the dishes you see on Iron Chef. Which is to say it’s not the kind of stuff you or your SMB customers will probably be consuming regularly any time soon, but it sure looks cool.

Most significant from a channel pro perspective was the introduction of new integrations between Adobe’s cloud-based marketing solutions on the one hand and Microsoft’s Azure, Dynamics 365, and Power BI offerings on the other that let businesses with more marketing know-how than you or your clients probably possess create personalized online experiences for buyers and analyze response rates and other metrics in sophisticated ways.

And that was the stuff you can use now. On Wednesday, in a high production value main stage presentation hosted by Saturday Night Live star Kate McKinnon (pictured), Adobe showed off some of the marketing capabilities it has coming in the future, including the ability to insert ads in virtual reality experiences and deliver marketing offers through Amazon’s Alexa virtual assistant. Again, nothing you’ll be using yourself very often perhaps, but a lot cooler than, say, a blockchain demo.

Speaking of cool...Does anyone beat Apple in that department? And yet the star attraction of the new iPad that Apple rolled out this week wasn’t some mind-blowing new “one last thing” feature. It was the $329 price tag that should put the new device, which replaces the aging iPad Air 2, within reach of a larger audience. And make no mistake, Apple needs to expand the market for its iPads, which have been selling at declining rates for three years now, and which recorded a 19 percent year-over-year drop in unit shipments during Apple most recent fiscal quarter. It’s just a little jarring to see the company that once seemed to have the premium hardware play nailed introducing a tablet whose chief virtue in relation to its predecessor is its superior affordability.

Kudos to the Johnny-on-the-spot gang at Logitech, though, for wasting so little time before announcing a new ruggedized keyboard, case, and keyboard-case combo for the new iPad that are specifically designed for use in schools.

It’s storage! No, it’s memory! Stop it, you’re both right! It’s Intel’s first Optane sold-state drive, and it reached market on Monday. Designed for use in the data center and based on Intel’s innovative 3D XPoint architecture, the new devices are faster but more expensive than traditional NAND-based SSDs and slower but cheaper than DRAM. That makes them a potentially attractive fit for companies willing to pay a little extra for extra-high-speed storage capacity or to sacrifice a little performance—and save some money—by using an extra-high-speed SSD in place of conventional memory. Kinda feels like a whole new product category getting off the ground before our eyes.

And since we gave Logitech props for being quick to market, lets extend the favor as well to Supermicro, which introduced a whole line of Optane-ready servers and storage products this week.

You know it’s been a less than great few days...when the biggest reason your name was in the news was a giant online service outage. And, alas, that’s the kind of week it was for Microsoft. Though we’re sure at least some of the top brass in Redmond got some pleasure from knowing it was they and not Salesforce who got to trumpet a bunch of new additions to LinkedIn’s Sales Navigator lead generation tool. In addition:

Meanwhile, in crash-free product news. There was this:

That wasn’t all the news from Vendorville this week, of course. There were these further tidings as well:

Finally, something more numerous in Atlanta than streets named Peachtree. How about internet-connected devices? To be more precise, a new study from Wi-Fi vendor eero suggests that Atlanta has more web-enabled gizmos per home network on average than any other city surveyed. Interestingly, Seattle, Denver, and San Diego were next in line, while the supposedly ultra-wired denizens of the Bay Area came in fifth place.

Iron Man or Iron Monger? What’s scarier than a robot so terrifying even its creator has nightmares about it? How about a 13 foot, 1.6 ton robot suit containing a maniacally grinning Jeff Bezos? That’s right, the man who sits atop an empire that already dominates online retail and public cloud computing made sure to let the world know last weekend (via a tweet posted during an invitation-only robotics and AI conference Amazon hosted in Boston) that he will soon have the power to dominate you. What we have yet to learn is whether the Amazon CEO will someday use that power for good, like Sigourney Weaver in Aliens, or evil, like Jeff Bridges in Iron Man?

Or will he just use it to deliver packages?