ICYMI: Our Channel News Roundup for the Week of March 19th 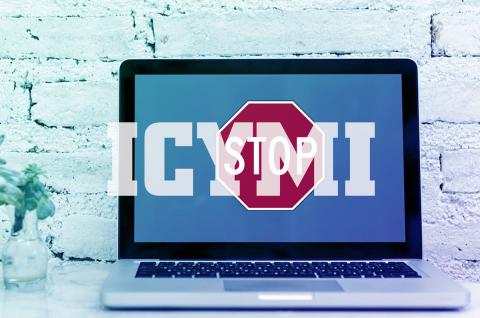 Welcome to spring! And welcome to another foot of snow for our friends in the Northeast thanks to Winter Storm Toby (when did they start naming storms after boys born in the 1970s?). New York City got blasted, but our friends in Boston had much less to shovel than expected. Pun-lovers (those degenerates) tagged this storm, the fourth nor’easter of the season, as the “four’easter.”

Snow didn’t bother the first ever IBM Think event, held in Las Vegas, or the Microsoft Tech Summit in San Francisco. In fact, nothing stops new tech news from swirling around us at all hours. So let’s shine a light on a few of those stories that went by far too fast this week. 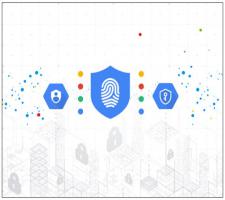 Google talks security. “If you put security first, everything else will follow,” says Gerhard Eschelbeck, vice president of security and privacy at Google. Cloud security has taken a beating this week, so it’s a good time for The Goog to beef up. VPC Service Controls helps encryption and more and the Cloud Security Command Center gives more visibility. Both are at the alpha stage now. Access Transparency logs involvement by Google engineers when they touch your areas on Google Cloud Platform.

Speaking of GCP, in addition to the three services mentioned above, Google also announced Cloud Armor to help with DDoS defense.

IBM Think news and notes. Have a taste of IBM Watson Services for Core ML, a milkshake made from Watson, Apple, machine learning, and cloud. Right beside that product is the new IBM Cloud Developer Console for Apple to add services and security to your pocket full of iPhone.

IBM is a Founding Partner of the Global Manufacturing and Industrialisation Summit, a cross industry forum mashing together the evolution of technology, international trade, and global best practices.

Ready to try Watson? Get one of the new IBM Watson Data Kits for a head start. Industry-specific and machine readable data sets let you start on second base.

Four new partnership accelerators were announced, including ways to help resellers move up the value chain, the second iteration of the Watson Build challenge to help partners get started, a digital self-service platform, and more involvement with third-party cloud marketplaces.

Oh, and partners got in on the act too. Zerto announced an agreement to provide the replication engine behind IBM’s Resiliency Orchestration DRaaS solution and FileShadow officially launched its FileShadow Cloud File Assurance service. Hosted on the IBM cloud using Cloud Object Storage, FileShadow makes files from all your cloud services easily findable, searchable, and archives them with unlimited versions.

More big names make big news. Microsoft raises a virtual hand to announce general availability of Azure Database for MySQL and Azure Database for PostgreSQL. In the other hand is a BlackBerry Limited partnership hooking up the BB’s mobility and security expertise with Microsoft’s cloud goodies. Hence the BlackBerry Enterprise BRIDGE. In the gripping hand you will find the deal with Databricks and the MSers for Microsoft Azure Databricks.

Hewlett Packard Enterprise got chatty about new vertical AI solutions, such as:

HP Inc. revealed its smallest laser printers ever. The HP LaserJet Pro M15 and M28 are shorter than the average smartphone is tall. Size reduced by about 30 percent, but pages still roll out at 18 per minute.

Samsung brought over the Galaxy Tab Active2 ruggedized tablet (pictured). You can drop one without having a heart attack, according to MIL-STD-810.

Rackspace customers may like the idea of previewing Rackspace Managed Services for Google Cloud Platform.

Want data to go faster? Of course! Then check out the new Virtual Edge Platform (VEP) from Dell EMC, an SD-WAN solution powered by the new Intel Xeon D-2100 processor.

Are you a reseller addressing the rapidly growing security, networking, and communication technology markets? Yes? SYNNEX—which made a lot of other news this week—offers up an exclusive new member community: CONVERGE Solv Secure Networking Group. A regional summit series starts in June in Chicago.

Autodesk jumps the calendar a bit by releasing AutoCAD 2019. Subscribe now and get an all-new web app, mobile app, specialized toolsets, and other new features.

You gotta put those CAD files somewhere, so check out the new channel program from Morro Data. They call it the MSPEdge Program, and it’s aimed at getting Morro Data’s CloudNAS hybrid-cloud architecture with enterprise-class storage services to the SMB folks.

Wasabi (hot cloud storage, not the movie Wasabi) relies on Amazon S3, and now has an “unlimited free egress” pricing plan. No longer do you have to pay to get your data down from the cloud.

Flashpoint and RiskIQ team up to better monitor the Dark Web with a Deep & Dark Web (DDW) Module inside the RiskIQ External Threats product.

Use your laptop at your desk? Check out the TRENDnet Mini USB-C HD Docking Cube, model TUC-DS1.

May sees delivery of Avnet’s Ultra96 board, built around the Xilinx Zynq UltraScale_MPSoC. Compatible with the 96Boards Consumer Edition specs from Linaro, it comes pre-loaded with PetaLinux.

The 2018 Webroot Threat Report tells us yet again that ransomware and other threats increased because too many organizations neglect to patch, update, or replace security-challenged products. Cryptojacking keeps getting more popular as does polymorphism malware that mutates to vary its profile on each compromised system. Windows 10 is about twice as safe as Windows 7, yet only about 32 percent of corporate devices were running Win10 by the end of 2017. A quarter of the new URLs created each day last year were deemed suspicious or risky. Mobile devices and people, via phishing attacks, keep getting targeted.

Symantec’s Internet Security Threat Report (ISTR), Volume 23, also addressed cryptojacking. Why? Cryptojacking attacks have exploded 8,500 percent over the past year. Ouch. It takes only a couple lines of code to infect systems from computers to smartphones with cryptojacking. How? 71 percent of cryptojacking groups spread their infection via spear phishing, the oldest trick in the book. Not much better news for mobile devices (malware growing), supply chains (implanted malware up 200 percent), or ransomware (lower ransoms are paradoxically making the criminals more money). Time for the abacus to come roaring back? Slide rule?

The Internet of Things market will generate about $1.5 billion of spending on security in 2018, says Gartner in Forecast: IoT Security, Worldwide, 2018. Lack of “security by design” in the IoT world and few stringent regulations mean things will likely get worse before they get better. Business-unit IoT projects tend to leave out the IT department, making security even looser.

Cato Networks did an enterprise WAN market study. “State of WAN 2018: Too Complex to Ignore” predicts 200 percent SD-WAN growth year-over-year. Another prediction? Increasing complexity for connectivity and security will be major themes in 2018. This according to the 700 IT buyers who responded. Half the group said simplifying the network or their security infrastructure will be the primary use cases for SD-WAN, but a quarter said “additional complexity” remains a primary barrier to more investment. About 30 percent said SD-WAN appliances are too complex, while 23 percent said the same for SD-WAN services.