ICYMI: Our Channel News Roundup for the Week of March 15th 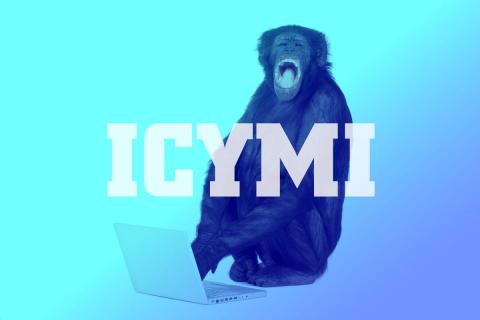 Chips from Intel and AMD, security services from Trend Micro and Sherweb, and a Czech zoo’s discovery of the last living things on Earth that love Zoom meetings are a few of the stories we finally have for you. By James E. Gaskin
Tweet

Is this year’s March Madness office pool the same over Zoom as it was in years past when a group gathered in a cubicle to make their picks? Travel changed as well, since the men’s teams are bubbled in Indianapolis while the women’s teams get to enjoy the River Walk in San Antonio. Now take a shot with these newsbits and get nothin’ but net. 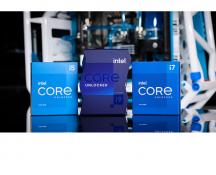 Mobile fans will prefer the announcement of the AMD Ryzen PRO 5000 Series Mobile Processors, putting the performance of the same Zen 3 architecture AMD uses in its new server chips in premium business laptops. Broad availability from HP and Lenovo units will flow in Q2. Get 57% more multi-threaded performance with the 8 cores and 16 threads in the AMD Ryzen 7 PRO 5850U processor.

ServiceNow got a booster shot for its Vaccine Administration management tool (pictured) with multiple enhancements to help organizations meet the “last mile” challenges of vaccinating millions of people globally.

Salesforce’s Work.com now has an IT Service Center, thanks to a partnership with Tanium’s endpoint management and security platform.

Facebook’s play for the world of business collaboration has begat the Workplace One Partner Program, which is looking for new reseller, service, and technology partners to expand Workplace’s current base of 5 million paid subscribers. 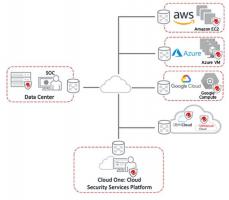 It’s always hunting season for malware, and the new Kaspersky Threat Hunting service tracks suspicious activity and analyzes it with more than 700 proprietary “hunts” tailored to the customer’s environment.

Sherweb has released the first in a series of new cybersecurity services for Microsoft’s cloud-based applications. This one assists with monitoring, detection, and response.

Untangle’s SD-WAN Router e6wl joins an elite class of certified devices that can use LTE networks from carriers including AT&T, Verizon, and T-Mobile. Offer the high-speed connection as a primary or secondary form of bandwidth.

Designed to provide an early warning system for threats, the BlackBerry Alert critical event management tool integrates with Microsoft Teams, ServiceNow, and others. 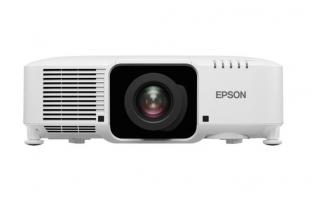 Other product news. Poor onboarding processes can make a mess of your network and security policies. Hello to JumpCoud and the Zero-Touch Enrollment for Macs it’s added to its cloud directory platform.

Coming later this year, a new series of Epson Pro Series 3LCD laser projectors (pictured), all compact and lightweight and ranging from 6,000 to 10,000 lumens, will address corporate, higher education, and other markets.

Now on the virtual shelf? The 8x8 Contact Center for Microsoft Teams, certified for integration. Weave voice communications and more into Teams workflows

Arrangements have been made by appropriate parties to integrate low-cost cloud storage services from Wasabi with Digital Bedrock’s offline digital preservation services aimed at media companies and other creatives.

Those in the education market should keep an eye out for the new Dynabook E10-S, an affordable, student-sturdy 11.6-inch Windows 10 Pro laptop. Built for remote and hybrid learning, and available in the second quarter of 2021.

TRENDnet expanded its Multi-Gigabit Networking Solutions lineup with its first 2.5G unmanaged switches. Choose between the 8-port and 5-port versions.

The Alliance of Channel Women named the winner of its first Big Impact Winner award: Theresa Caragol, founder and CEO of Achieve Unite.

Zoom launched its Master Agent program a year ago, and new enhancements added to the program this week include increased partner revenue, a simplified commission structure, and six new Master Agents.

Spring is all about the new, so Netsurion rolled out its new, enhanced partner program for authorized MSP and MSSP channel partners.

And hello to the new Claroty FOCUS Partner Program, a three-tier offering that includes an upgraded partner portal and tracks for specific partner focus areas.

Gathering data from over 1.1 million sensors placed in over 215 countries and territories, the new 2021 SonicWall Cyber Threat Report details exponentially greater attack surfaces and energized cybercriminals attacking more effectively on a variety of fronts using threats not expected to arrive for two or three more years. There was a 158% spike in ransomware in North America, 268,362 “never-before-seen” malware variants, the return of cryptojacking thanks to the surge in Bitcoin prices and the appeal of invisible payouts. Favorite ransomware targets like retail (up 365%), healthcare (123%), and government (21%) bore an increased burden. Many of the 56.9 million IoT malware attempts were directed against newly relocated home workers with too few security resources.

How safe you consider your data has a big impact on other decisions, says the new Intel study, “The Role of Transparency and Security Assurance in Driving Technology Decision-Making.” Seventy-three percent of the 1,875 global respondents report are more likely to purchase from partners that are proactive about finding and mitigating security vulnerabilities. 76% say it’s highly important for their providers to offer hardware-assisted capabilities to mitigate software exploits. 64% say providers must be transparent about security updates and mitigations, while 74% say providers should apply ethical hacking practices to identify and address vulnerabilities in their own products.

A good way to mitigate ransomware damage is excellent backups, so the new Veeam Data Protection Report 2021 layers on the bad news: 58% of backups fail and leave data unprotected. Over 3,000 IT decision makers at global enterprises report backups are ending with errors or are overrunning the allocated backup window, and restorations are failing to meet their SLAs. “Improve reliability” was the number one goal of organizations when changing their primary backup solutions, according to 31% of respondents. 80% report a “protection gap” between how fast they can recover applications and how fast they need to recover them.

Healthcare has been high on the importance scale this year, so it’s sad the Infoblox CyberRisk Alliance: Healthcare Cybersecurity Breach Report finds that cloud services have become a multi-million dollar threat vector for the industry. Over half of respondents (52%) suffered a data breach in the past year, nearly half (43%) estimated breach costs would exceed $2 million, and 53% have experienced data breaches in cloud networks. 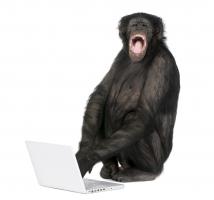 The world’s last Zoom meeting lovers. Chimps are social creatures, and two zoos in the Czech Republic had a bunch of lonely chimps to placate when visitors were locked out by COVID-19 restrictions last December. So the zoo in Brno, 150km away from Safari Park Dvur Kralove, set up giant screens with a video link between the two chimp troops.

Chimps were wary at first, but now act like they’re watching TV or a movie, say zookeepers. Does this make you feel better or worse: chimps like to grab snacks and lay on a couch while watching the screens. Except for the lack of beer commercials, how different are we?