ICYMI: Our Channel News Roundup for the Week of March 12th 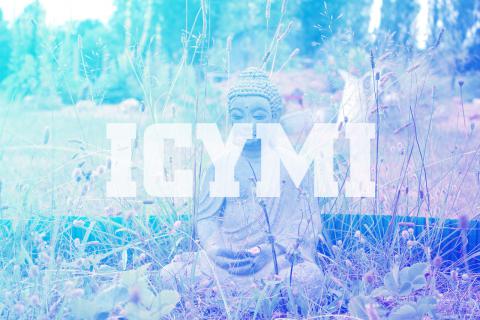 SMB software from Salesforce, communications and collaboration solutions from the Enterprise Connect conference, and a day of internet-free contemplation in Bali were among the many stories we didn’t get around to this week. By James E. Gaskin
Tweet

What a fun week this has been, as in coworkers ignoring actual work to start building their March Madness brackets. Go! Go! <Insert your team here> Go!

Finally, the reason Boston, New York, Buffalo, and, well, really all the cities in the northeast keep getting hit over and over with a few feet of snow every week, including this one, has been revealed. Disney is looking for a location to film some of the outdoor scenes for Frozen 2. You can cheer for Syracuse, Buffalo, Providence, Rhode Island, or Virginia (and Tech) to win both the NCAA Championship and the Disney location bid.

Crestron may get some of that Outlook update magic as part of its deal to let Crestron SR and the Crestron Mercury conference system embrace Microsoft Teams for meetings tiny to titanic. Skype and Cortana bump-ups included.

Take a look at the world through the first completely wearable augmented reality (AR) solution from Toshiba’s Client Solutions Division. Powered by Windows 10, Toshiba’s new dynaEdge AR Smart Glasses, along with the new dynaEdge AR100 Head Mounted Display and dynaEdge DE-100 Mobile Mini PC, make an AR offering you can take with you on the go.

Enterprise Connect in Orlando. It’s a communicationand collaboration conference, so naturally there were lots of communication and collaboration product debuts. For example, wave hello to the new Panasonic KX-NSX2000 (pictured), an IP-based business communications server able to wrangle as many as 2,000 devices spread across 32 sites. Ask about the optional built-in call center with automatic recording.

8x8 steps up with the new X Series platform, designed to drive great customer service. The integrated voice, meeting, team collaboration, and contact center centralizes one set of data, one workflow engine, and one analytics engine.

VOSS-4-UC Contact Center, now in general availability, offers an intuitive administration portal to handle the contact center, as well as front and back office support.

There’s always news about security—some even good. The word is out about Exabeam Entity Analytics and how the product uses machine learning to identify compromised IoT and other devices. Log file monitoring is one key aspect.

Check out new enhancements to the cloud-based Proofpoint Enterprise Archive to simplify eDiscovery and increase defensibility.

While you’re at it, check out the upgrades to DFLabs’ incMan Security, Orchestration, Automaton, and Response (SOAR) platform for businesses and MSSPs as well. Clue: more automated workflows based on more granular risk factors.

There’s always news about other products, too. SolarWinds shines a spotlight on a pair of product updates: SolarWinds Storage Resource Monitor and Server & Application Monitor. You can’t manage what you can’t monitor, according to business consultants recycling Peter Drucker’s advice.

Avnet, major global tech disti, just unboxed its latest IoT Starter Kit from AT&T (LTE-M, STM33L4). Try it, you might like it. This IoT stuff just might catch on.

Availability is one thing, but petabyte-scale availability for the always-on enterprise is another. Good thing INFINIDAT and Veeam teamed up to add petabyte data storage to the Veeam Availability Platform.

Ipswitch’s WhatsUp Gold 2018 has a batch of boosted abilities, including performance monitoring of AWS and Microsoft Azure cloud deployments. Remember, trust but verify, and What’sUp Gold does just that.

Get the Ray-Bans before firing up the new Prysm Laser Phosphor Display (LPD) 6K Series interactive large-format single panel displays. Interactive yes, bezel no, plus shatterproof and power-sipping all add up to a new display experience.

Who needs memory? We ALL need memory. Kingston Digital’s Canvas series of Flash memory cards in SD and microSD let you choose among Select, Go, and React variations depending on needs.

You know that recurring urge to throw your computing device against a wall? Before you do, make sure it’s an 11.6” DURABOOK U11 ruggedized tablet (pictured). You’ll get an Intel Core i7 CPU, Windows 10 Pro, and a batch of military spec certifications along with it.

When gaming, do you miss that certain keyboard click and some rumbling bass and screeching highs? Then check out Logitech G’s new G513 mechanical gaming keyboard and G560 PC Gaming Speaker that flashes with game play.

Power supply folks FSP offer up two new PC mid-tower gaming cases: the CMT 330 and CMT 520. Lots of fans, acrylic, and other gamer goodies. Are FSP and Logitech trying to piggyback on Ready Player One?

When you’re back from The Oasis and want to dock your fancy new laptop, check out the ATEN UH7230—Thunderbolt 3 Multiport Dock that works with both MacBook and Windows laptops via a single Thunderbolt cable.

Cylance (AI-powered endpoint protection) added a trio of new members to the board of directors: Kirk Arnold, Michael Capellas, and Joe Maglione.

The McAfee Labs Threats Report: March 2018, totals up the bad security news from Q4 2017. There’s plenty, unfortunately. When Bitcoin went crazy high, cybercriminals switched over to cryptocurrency hacking in new ways, including Android apps. McAfee saw an average of eight new threat samples per second. Yep, tick and tock add up to 16 new threat samples. There’s no honor among crypto-thieves, it appears, because Bitcoin and Monero wallet hijacking became a new favorite. Those of you running Microsoft PowerShell should know that fileless malware attacks using the scripting language surged 432 percent in 2017. Sadly, even attacks against healthcare systems jumped 211 percent, and that’s after a 78 percent decrease in the fourth quarter. Tell your doctor to Purell and patch.

IDC updated its Worldwide Semiannual Mobility Spending Guide. Look for 3.2 percent growth year over year in 2018 for a total of $1.6 trillion. Services will make up 60 percent of spending through 2021, reaching $1 trillion. Hardware ranks second with $675 billion during the same time, 75 percent of that for smartphones. Handset upgrades will drive much of those outlays. Notebooks may see slight growth (1.5 percent CAGR) but tablets may slide 1.9 percent CAGR.

Unplugging, whether you want to or not. Saturday, March 17, the mobile internet will go dark, at least in Bali. This in observance of the Indonesian island’s annual Day of Silence. No mobile Facebook, March Madness highlights, or Google Maps directions. Texts will be allowed, as will actual phone calls. Remember those? People talk into their phone and people far away can hear and respond? That ancient form of communication will be supported.

Best quote, from Made Pastika, Balinese governor: “If the internet is disconnected, people will not die.” It might actually be peaceful, and the residents can honor the Nyepi tradition, a sacred day of reflection. Sounds nice.

Just be prepared for service providers in America to take advantage of this. If your Comcast service drops, you might call customer service and be told to relax and reflect so as not to attract the attention of Nyepi demons (field techs?). If you have AT&T, operators might tell you to relax, reflect, and warn you to watch The President’s Analyst to remember who really runs things (TPC). Reflect on that, silently.

ICYMI: Our Channel News Roundup for the Week of January 18th
END_OF_DOCUMENT_TOKEN_TO_BE_REPLACED

Jabra PanaCast Review - Get Your Huddle On
END_OF_DOCUMENT_TOKEN_TO_BE_REPLACED