ICYMI: Our Channel News Roundup for the Week of March 11th 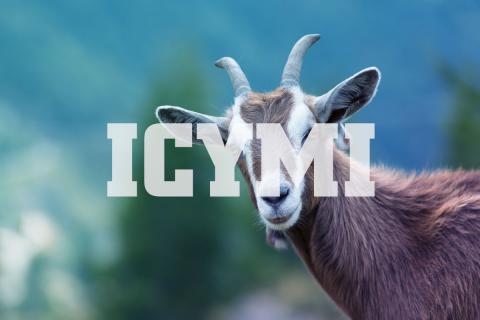 Hardware from Microsoft and Intel, unified communications solutions from RingCentral and LogMeIn, among others, and a furry, horned politician badly in need of potty training are just a few of the stories we’re somewhat belatedly bring your way. By James E. Gaskin
Tweet

Who’s writing the script for the weather lately? It’s part informercial (but wait, there’s more!!!) and part pro wrestling (Bomb Cyclone versus Polar Vortex!!!). Before hyperbole ruled, the “Bomb Cyclone” was just called a nor’easter. Not as scary, right? But while we were watching 45 inches of snow paralyze much of Colorado, plenty of newsbits snuck by, so let’s catch up. 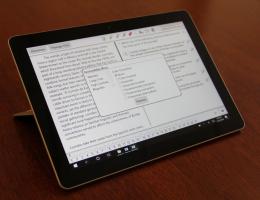 Wintel news. Microsoft’s Surface Pro and Surface Laptop keep moving forward. Example: The Surface for Business portfolio aimed at commercial and education customers. Now with an international English keyboard, the Surface Pro 6 for Business (pictured) and Surface Laptop 2 are available to commercial partners in 11 additional European countries. Some models are getting more memory (16 GB RAM on i5 units) as well.

Work with government clients? Microsoft’s Federal Cloud Computing Strategy just got its first update in seven years. Now the focus is on “a Cloud Smart approach” with more emphasis on security. Howdy to Microsoft Power Platform and Dynamics 365 Customer Engagement for government professionals.

Prefer games to government? Check out the new Microsoft Game Stack. Get all the game-dev tools in one ecosystem. PlayFab backend services now live in Azure. Also folded in? Xbox Live community services. 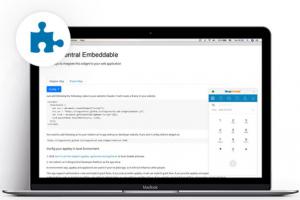 If we must have meetings, we might as well make them as efficient as possible. That’s the goal of the new 8x8 Meetings, a video communications tools with voice, chat, and one-touch conferencing including mobile phone support. Does it have a meeting blowhard filter? THAT would be worth paying for.

Oslo-based Pexip announced its intention to turned the Microsoft-certified Cloud Video Interop for Microsoft Teams solution from a dedicated application only into a globally available service as well. 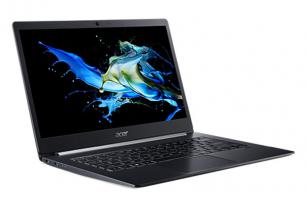 But wait, there’s more product news!!! Acer ran its new TravelMate X514-51 commercial notebook (pictured) up the flagpole, which was easy as it’s the thinnest and lightest notebook series the vendor’s ever made. The premium quality magnesium-lithium and magnesium-aluminum alloy chassis should hold up no matter how crowded your next flight. And it weighs just over two pounds and is just 0.6 inches thick, er, thin. Intel i5 and i7 processors, SSDs, and all the other expected goodies.

Schneider Electric rolled out the EcoStruxure-ready Galaxy VS modular 10-100kW three-phase UPS for critical power support of IT, commercial, and industrial facilities.

Just in time for March Madness (cue the bracket hopefuls), Comcast Business suited up its X1 for Business video platform and made it available to bars, restaurants, hotels, and other places where sports fans gather to argue over games they aren’t personally playing. Included is the X1 Sport App, which provides more data for fanatics to argue about.

Druva added enhancements to its Disaster Recovery-as-a-Service offering that allegedly reduce costs by up to 60 percent.

Toshiba boosted its XD5 Series of NVMe SSDs for data centers with a 2.5 inch form factor. Capacities include 960, 1,920, and 3,830 GB, and are designed for read-intensive applications. 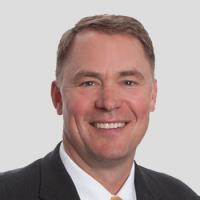 Sectigo (security) and Kyrio (networking) teamed up in a strategic alliance to provide in-depth knowledge about planning and executing Internet of Things device security systems. Linking in with more than 30 global standards groups as well.

The Alliance of Channel Women opened registration for its ACWConnect Live! Networking Event the evening of April 9, 2019, in Las Vegas during the Channel Partners Conference and Expo.

IDC’s Worldwide Semiannual Artificial Systems Spending Guide expects a 44 percent increase in AI spending during 2019 to $35.8 billion. That will more than double to $792 billion in 2022, a CAGR of 38 percent over the 2018-2022 forecast range. Companies in the retail industry will lead the pack, followed by banking, mainly for automated threat intelligence and prevention and fraud analysis. Software totals up the most in 2019, with $13.5 million. Hardware will rack up about $12.7 billion this year. Two-thirds of the spending will be in the U.S., although China’s spending growth will hit nearly 50 percent through the report period.

One reason for the growth in the AI market may be found in the new research from Webroot’s “Knowledge Gaps: AI and Machine Learning in Cybersecurity”, which says that 71 percent of U.S. businesses plan to use more artificial intelligence and machine learning in their cybersecurity tools this year. This despite the fact that over half (58 percent) aren’t sure exactly what the technology really does. Only 49 percent of IT pros feel extremely comfortable using AI/ML tools, but 86 percent believe cybercriminals are using AI and ML tools to attack them.

The Avast PC Trends report finds the average PC is six years old, with outdated software (55 percent) and only 40 percent running Windows 10. Technically speaking, two-thirds of “PCs” are laptops or tablets. That laptop number may grow to 75 percent next year. Laptops and PCs with 8 GB of RAM as the default should see an increase going forward. Number one app? Google Chrome. 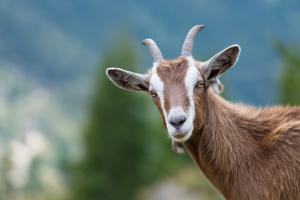 Surprise! Politician makes a public mess. We’re used to politicians making fools of themselves, but not usually by dumping a physical pile of waste on stage while being sworn in. That’s what happened in the little town of Fair Haven, Vermont, this week though.

Of course, the mayor of the village is only three years old. And, oh yes, a goat. As in four-legged Nubian goat. Yes, the mayor is a Nubian goat

It appears Fair Haven’s schtick is animal mayors. Mayor Lincoln barely beat out a Boston Terrier named Sammie Viger, 13 votes to 11. The total of 56 votes were scattered across 16 different animals.

Town Manager Joe Gunter decided to get the $80,000 in donations needed for new playground equipment by registering animal candidates for mayor for $5. That means Gunter expected residents in the area to register 16,000 animals for public office. Seems Mayor Lincoln might be the smartest politician in town, housetrained or not (definitely not).

ChannelPro 5 Minute Roundup for the Week of August 8th, 2022
END_OF_DOCUMENT_TOKEN_TO_BE_REPLACED