ICYMI: Our Channel News Roundup for the Week of June 6th 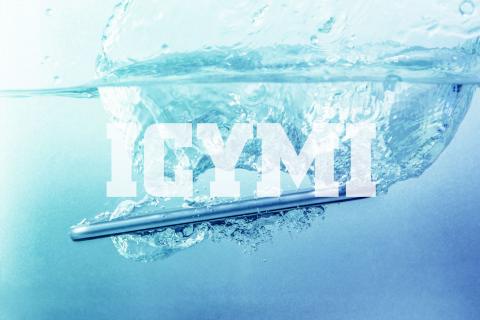 Laptops from Apple, security goodies from Bitdefender, ConnectWise, and Arctic Wolf, and a whole bunch of stuff from Schneider Electric are among the highlights from this week’s collection of news we took our sweet time telling you about. By James E. Gaskin
Tweet

One of the many new features for Apple iPhone in the upcoming iOS 16 operating system is a shared family photo album. Is this really a good idea? You’ll still have your personal album, but every tech knows users “lose” files all the time by putting them into the wrong directory. How long before college party pictures interleave with holiday photos of Grandma? 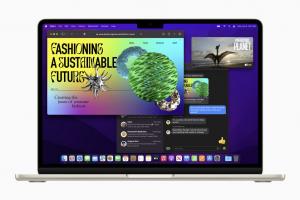 News from the Apple orchard. At the big Apple show, Tim announced an all new MacBook Air (pictured) powered by the new M2 chip packed into a slim, colorful package with a 13.6 inch Liquid Retina display, HD camera, and loooong battery life. Or pick the updated 13-inch MacBook Pro, also with the M2 and 8-core CP and 10-core GPU for super-fast images, videos, and games.

The iOS update to version 16 includes a new Lock Screen that users can customize in multiple ways, the aforementioned iCloud Shared Photo Library, and a way to recall poorly-advised messages after hitting send. And more, of course, in Mail, Live Text, and Visual Look Up enhancements. 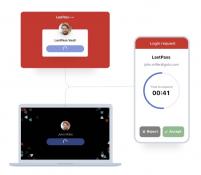 Security news. Bitdefender and ConnectWise tightened up their partnership, and now the ConnectWise SOC Service will include Bitdefender’s Advanced Protection for additional hardening, threat detection, and prevention tools.

Despite all precautions, sometimes you just need to respawn your character, er, recover your data. Hello to the new Optiv Cyber Recover Solution, which aims to get customers back to a secure state as fast as possible.

Do your users hate passwords? Of course they do, they’re users. Perhaps the new LastPass Authenticator and its secure passwordless login tools (pictured) will soothe those savage beasts, er, users.

A list is one thing, but business managers do best with graphical representations, commonly called pictures. Try the CrowdStrike Asset Graph powered by the CrowdStrike Security Cloud that shows all managed and unmanaged assets.

Some turbocharging at NetApp resulted in more security, simplicity, and flexibility for hybrid multicloud environments. Run and manage a single platform that spans on-premises to the biggest public clouds. 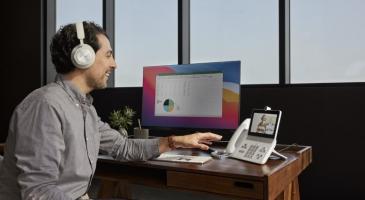 The fairly new GoTo Resolve product now has some new RMM features to better track endpoints and address issues before they become problems. More features, fewer headaches, and a higher ROI for SMB IT support teams.

Like small but powerful? Check out the new Simply NUC Topaz 2 with brand-new 12th Gen Intel Core processors. And Intel Xe graphics. And your choice of DDR4-3200 memory.

If the above paragraphs are interesting, you might want to check out the new mySchneider IT Partner Program. The channel ecosystem helps develop diverse business models with increasing transparency to capture new business.

Those in the UCaaS and contact center verticals might enjoy the new agreement to add the Zoom Phone to the Genesys Cloud CX program. Includes a go-to-market strategy.

Blancco Technology Group acquired WipeDrive and will add its products, employees, and proprietary technologies to its data erasure and mobile lifecycle tools.

The Alliance of Channel Women announced a call for nominations for the 2022 ACW LEAD Awards, and will accept entries through June 30, 2022.

Shipments of PCs will fall 8.2% in 2022, but still remain above pre-pandemic levels thanks to robust demand and upcoming device refreshes. The IDC Worldwide Quarterly Personal Computing Device Tracker also lowered tablet shipment estimates 6.2% to 158 million units in 2022. Supply shortages and Chinese factory lockdowns continue to impact manufacturers, and a backlog of deliveries is expected for the rest of the year, but IDC expects a return to positive annual growth in 2023 and beyond. Servers are not included in these numbers.

Change is hard, and there’s been plenty the last three years. Citrix Systems and its Work Rebalanced research report, about hybrid workers, found they’re more productive and engaged than employees who are entirely remote or on-premises. Man Bites Dog and Coleman Parkes Research surveyed 900 global business leaders and 1,800 knowledge workers. 69% of hybrid workers feel productive, compared to 64% of remote and 59% of in-office employees. Similar numbers were found for engagement, although just over half of in-office workers feel engaged. 73% of hybrid workers are positive about their personal performance, OK, hybrid workers do better across the board, including on emotional connection to the team, the organization, and its leadership, on wellbeing, and on willingness to recommend their employer. The better the technology they’re given, the more productive and satisfied they are.

Sage and OnePoll surveyed 1,000 responses from decision makers in resellers, half in the U.S. and half in the U.K. for “The Channel Landscape – Partnering for Success.” Half report difficulty in finding skilled management-level staff, and 49% said attracting skilled entry-level talent was tough as well. The U.K. numbers were lower at 46% and 40%. Over half of U.S. resellers required cloud computing and data engineering (53% and 52%), while not quite as many listed cyber security skills, coding, and AI/ML development (48%, 45%, 44%) experience. Over the past 18 months, 39% invested resources to technically upskill their workforce, and the investment in technology is unlikely to slow.

The Uptime Institute released its 2022 Annual Outage Analysis report. Yes, downtime still happens too often and hurts more than it used to. 20% report a serious or severe outage that caused significant financial losses, reputational damage, compliance breeches, and in some severe cases, loss of life, in the past three years. More than 60% of failures result in a loss of at least $100,000, up from 39% in 2019. Data centers continue to have power-related problems, causing 43% of outages deemed significant. UPS failures are the single biggest cause of power incidents, but networking issues are causing a large portion of IT outages as well. 40% have suffered a significant outage due to user error in the past three years. Trends indicate there will be at least 20 serious, high-profile outages worldwide each year. 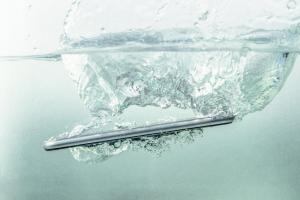 Scubaphone. In a throwback to the stories atop this week’s column, Erin Skaggs of Gulfport, Miss., lost her iPhone in the water during a Memorial Day trip to Horn Island. She wrote it off, because, you know, water, and got a new phone.

Surprise! Cody Lowe of Biloxi (still Mississippi) visited Horn Island a week later and found Erin’s phone in the water. He plugged it in, perhaps expecting fireworks, but the phone came on. The lock screen was a photo of Erin and her husband, and Cody shared it across social media searching for her.

It worked, and now Erin has her amazing mermaid iPhone, with tons of photos she didn’t have backed up anywhere (of course). C’mon, Apple, shouldn’t Cody get something for this, at least a t-shirt?

ChannelPro 5 Minute Roundup for the Week of January 23rd, 2023
END_OF_DOCUMENT_TOKEN_TO_BE_REPLACED