ICYMI: Our Channel News Roundup for the Week of June 3rd 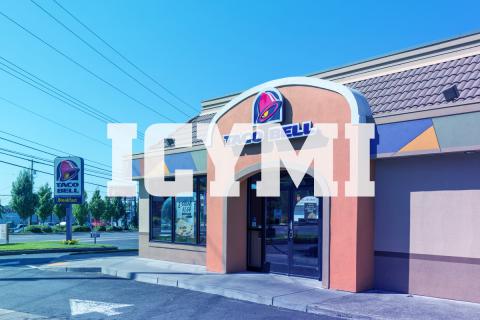 New hardware and software from Apple, new security solutions from Fortinet and Kaspersky, and a disappointed taco fan’s urgent call to first responders are just a sampling of the many stories we somehow neglected to tell you about until now. By James E. Gaskin
Tweet

Is this the spring of upsets? In the NBA Finals, Golden State was cruising, as usual, until bad luck in the guise of injuries hit. Can they get people back in time to win yet another championship, or will Toronto grab its first trophy? In the NHL, can the St. Louis Blues hoist their first Lord Stanley’s Cup by upsetting the powerhouse Boston Bruins? At least in tennis, true to form, Rafael Nadal seems unstoppable on his way to his 12th (yes, an even dozen) French Open championship. 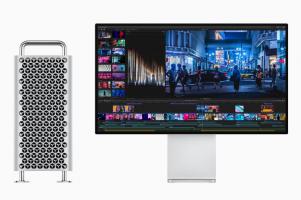 Apple WWDC news. The annual pilgrimage of Apple Faithful happened this week, and power-hungry Appleloosians finally got rewarded. The all-new Mac Pro workstation (pictured left) wraps a stainless-steel frame and aluminum housing around 56 teraflops of graphic performance thanks to a new Afterburner card, a handful of Xeon processors and 28 cores across 64 PCI Express lanes, and 1.5TB of RAM. Add the new Pro Display XDL 32-inch Retina 6K display (pictured right) with 10-bit color ($4,999) and stand ($999) to dazzle your peepers and replace a rack full of Windows rendering workstations. Of course, maxed out, the Mac Pro costs as much as a new Tesla Model 3 ($35k+), so gather those pennies until these ship in the fall.

To help developers churn out some new applications, Apple rolled out the SwiftUI development framework too. Augmented reality devs will want ARKit 3, RealityKit, and Reality Composer. Core ML 3 will thrill machine-learning devs. And you can do more with your upgraded Apple Watch as well. 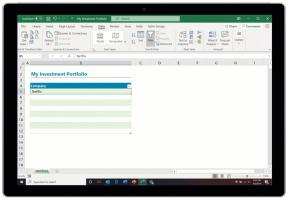 Still a spreadsheet ninja? Thanks to an alliance among Microsoft, Nasdaq, and Refinitiv, you can now use the Stocks Data Type in Excel to pull financial info from multiple places and pack all manner of investing data into your worksheets.

Cisco started the acquisition process to grab Sentryo, a specialist in Internet of Things security. 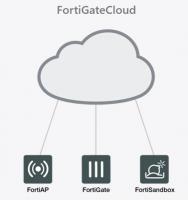 Ping Identity is now dishing up new capabilities framework and practical guidance for embracing a Zero Trust security strategy. New webinars and recordings are available to get you up to speed.

IoT security still leaves plenty of gaps. Sectigo (formerly Comodo CA) and Thirdwayv look to close some of those by combining their respective PKI management and end-to-end secure connectivity solutions. 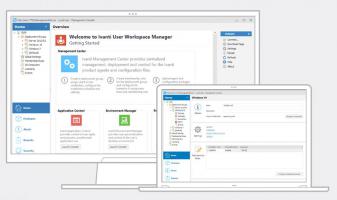 You can login to check out the new LogMeIn Bold360 suite of products, including Bold360 Service, Bold360 Advice, and Bold360 Acquire to better manage customer experiences in multiple ways. 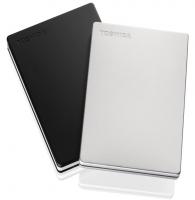 Avoid HDMI cable runs of 40 or 60 feet, depending on whether you pick the first or second of those options. And for classrooms etc., check out the Share Pro Expandable Wireless Presentation System (GWHD101KIT) to connect up to 10 devices to a single display wirelessly.

If you don’t remember the huge storage boost computing got when floppy disks became double-sided, ask your grandpa. You (or gramps) will be boggled by the new Seagate Exos X16 HDD, a 3.5-inch 7200 RPM drive holding 16 terabytes.

You can take it with you, at least if you use one of the new Toshiba Canvio Slim portable hard drives (pictured). Models use USB 2.0 and 3.0 to access up to 2TB of storage.

IoT was mentioned earlier and getting ever more popular in Industrial IoT is the use of edge computing devices. So the availability of Stratus Technologies’ ztC Edge running Stratus Redundant Linux 2.0 could be useful. 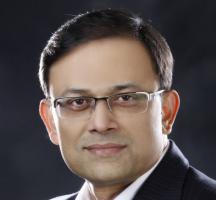 Non-product vendor news. SAP had to print some new cards for Subhomoy Sengupta (pictured) now that he’s became head of its global small and midsize business.

Scott Whalen moves to TBI to take over as vice president, strategic partnerships.

Speaking of welcome mats, Jitterbit rolled out one for Manoj Chaudhary to come be its chief technology officer and senior vice president of engineering.

ADT Cybersecurity, an MSSP for small and medium-sized businesses, selected SonicWall as its exclusive provider for managed security offerings for SMBs.

ON2IT announced it will distribute its managed cyber security platform through Arrow Electronics.

Speaking of SolarWinds, the company released findings from an IDC white paper it sponsored entitled, “Affordable Tools and Shared Responsibilities Define Midmarket IT Security Trends.” Good news: 65 percent of respondents expect to increase their spend on security tools. Fewer than one percent expect spending to decrease. Bad news: insider threats are on the rise, whether intentional or caused by incompetence. 62 percent reported users making mistakes that put the company at risk, while only 47 percent tagged bad actors infiltrating the network as the biggest cause of concern. And, of course, basic protective practices need additional focus, despite detection and monitoring tools being in place.

Global security association ISACA sponsored the State of Cybersecurity 2019 Report by HCL, which gathered responses from over 1,500 individual experts. 60 percent of infosec pros expect a cyberattack this year but only 34 percent are highly confident they can detect and defend well enough. Worse, when attacked, few believe cybercrimes are reported accurately. Three of four say cybercrimes go unreported, and one in two say that happens even when reporting is required.

Tired of normal old reality? You’re not alone. The IDC Worldwide Semiannual Augmented and Virtual Reality Spending Guide says the CAGR for augmented reality and virtual reality spending will be 78.3 percent. AR/VR investments will come from commercial and public sectors. Financial and infrastructure sectors will lead the way (133.9 and 122.8 percent CAGR). Consumer spending, surprisingly, will be only around 52.2 percent CAGR over the next five years. Training will be big, as will industrial maintenance and retail showcasing. Hardware will be slightly more than half of total spending, followed by AR software. China will lead the way, followed by the US. 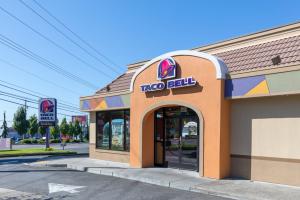 Taco Bell 911. Many reasons could trigger a 911 call from the Taco Bell on Gause Boulevard in Slidell, La. Fire, robbery, fighting customers, or even an alligator in the restaurant would be pretty typical reasons for a 911 call.

Not this time. Earlier this week, a customer called 911 because the restaurant was out of taco shells. In the customer’s defense, they were out of both hard and soft taco shells.

In a Facebook post, the Slidell police conceded that the lack of taco shells was “truly a tragedy,” but not one the police can address. Even though some idiot vice presidents might think supply chain mistakes call for jail time, the police don’t agree.

Besides, there are three other Taco Bells in Slidell. No one died of taco deprivation.

HP Unveils Conferencing and Collaboration Portfolio for Hybrid Workforces
Your Customer Will Be Cyber Attacked: Now What?

LG Gram for Business 17 (2020): Big Reasons to Like It
END_OF_DOCUMENT_TOKEN_TO_BE_REPLACED