ICYMI: Our Channel News Roundup for the Week of June 26th 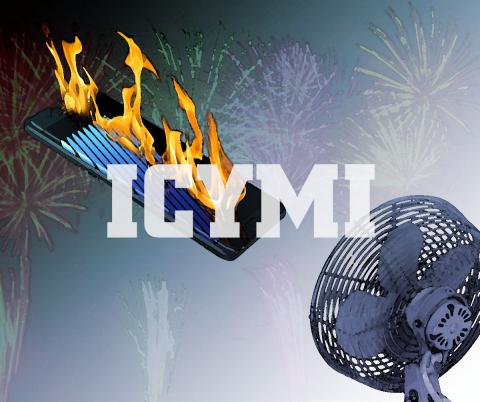 Two new Nutanix alliances, an early, pre-Inspire crop of announcements from Microsoft partners, and a pre July 4th smartphone revival sure to delight fans of pocket pyrotechnics were among the stories we didn’t get manage to tell you about this week. By Rich Freeman
Tweet

We were going to write about Petya. No, really, we had an authoritative, insight-laden story all ready to go, but didn’t want to post it until we could get copyright protection for the word we came up with to describe the global ransomware scourge. Which is pretty clever, if we do say so ourselves. I mean, so clever someone might steal it if we’re not careful and make a fortune.

OK, we can’t help ourselves. Here it is: Petyastrophe.

Good, right? No? Well, maybe this roundup of the news we didn’t get around to this week will prove more entertaining.

In with the in crowd. The hyperconverged infrastructure market, which by some estimates will be worth close to $14 billion globally by 2024, is quite the place to be these days, and the coolest kids to be there with are the gang from Nutanix. So you just knew a whole bunch of vendors would be jockeying for a chance to see and be seen alongside Nutanix at its .NEXT user conference this week.

And who came out on top of that popularity contest? Google and Veeam. The former announced an agreement to deliver services built on the Nutanix software stack via its public cloud while the latter trumpeted its new status as “the Premier Availability solution provider for Nutanix virtualized environments” and announced plans to add the Nutanix AHV hypervisor to the list of platforms its backup, monitoring, and capacity planning solutions support.

Google’s triumph, we should note, fits within a larger hybrid cloud initiative that was Nutanix’s big news at .NEXT. The company plans to make the same operating system and supporting software its customers use onsite available in the cloud as well, and let people manage both their local and hosted deployments through the same management interface. Workload-specific Nutanix cloud services are on the way too, starting in the first quarter of 2018 with a pre-integrated disaster recovery offering.

In short, sounds like Microsoft and the Amazon Web Services-VMware duo unveiled last October have a new hybrid cloud contender to keep an eye on.

Self-scooped. We’re still trying to figure out why Cisco chose to introduce the world to its ambitious new policy-driven, artificially intelligent, self-modifying “intent-based networking” vision the week before it assembled a captive audience of some 28,000 users, partners, and media flacks for its Cisco Live! show in Las Vegas. We’re sure there’s some explanation, but the upshot is that there was little to announce this week on that topic beyond some new training and developer programs.

That left the stage clear for Cisco’s Jasper unit to roll out a new version of its Internet of Things platform with support for low power devices, expanded security capabilities, out-of-the-box integration with Cisco’s Spark collaboration solution, and more. The folks at Jasper, meanwhile, generously left some room in the spotlight for Cisco’s partners to reveal that:

Speaking of partners…We’re just over a week away from a giant gathering of them in Washington D.C. for Microsoft’s Worldwide Partner Conference Inspire event. And since a slew of Microsoft allies in the vendor community are sure to break news during the show, several others decided to get their news out before the show, when the competition for attention is lighter. For example:

We assume that, holiday or no holiday, there will be more of the same next week. And while we also assume Microsoft will avoid stealing its own thunder Cisco-style, you’ll probably see a little news out of Redmond next week as well to accompany this week’s announcements of:

Warmed up? Ready for some serious product news? Alright then, hot shot, test your mettle against this:

Well done! With that behind you, these other, non-product stories should be a breeze:

Are you familiar with the concept of chutzpah? No? Let the good folks at Samsung introduce you to it.

Let’s say you released a new smartphone with an unfortunate tendency to spontaneously combust. Let’s further say the fire danger was so grave that the FAA wouldn’t allow the things on airplanes even when switched off. Let’s say as well that you eventually had to issue a total worldwide recall of these catastrophically flawed devices, which kept your company’s name and the word “explode” next to each other in headlines for weeks. Then let’s finally say you decide for some inexplicable reason to re-introduce said handheld disaster with a new battery that (one hopes) is significantly less likely to burst into flames than its predecessor.

Chutzpah is naming the product the Samsung Note 7 FE, as in “fandom edition.” That’s right, if you’re a fan of hand grenades, third degree burns, or pyromania, Samsung has a smartphone for you! And hey, if we’re all lucky maybe this will become a trend.

Jabra PanaCast Review - Get Your Huddle On
END_OF_DOCUMENT_TOKEN_TO_BE_REPLACED