ICYMI: Our Channel News Roundup for the Week of June 24th 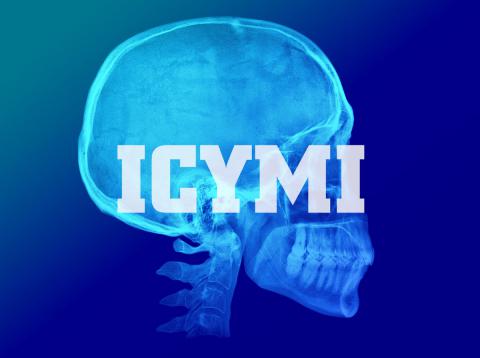 AWS adding security services, Extreme Networks buying Aerohive, and millennial smartphone addicts growing horns in the back of their head (really!) are all among the far too many stories we’ve just now gotten around to telling you about. By James E. Gaskin
Tweet

Smells like summer, doesn’t it? People arguing about which players should be in the baseball All-Star game (“your guy is a bum, mine was cheated”), arguing about whether Toy Story 4 was a triumph or merely pretty good, and the Dallas Mavericks’ Luka Doncic was a nearly unanimous Rookie of the Year selection (only 98 of 100 votes?). Funnest part? His mother, Mirjam Poterbin, kept getting identified as his girlfriend. You know, summer stuff. 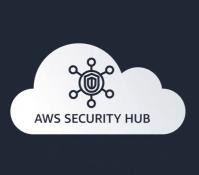 News from AWS re:Inforce. Meeting in Bawston, AWS re:Inforce rolled out a big wad of news. First up? AWS Security Hub hit general availability. It aggregates and prioritizes alerts from tools like Amazon GuardDuty, Amazon Inspector, and Amazon Macie, and from a large and growing list of AWS Partner Network solutions.

Speaking of security (we always do), Cisco’s Duo Security (MFA) and Zero Trust announced MFA support for AWS. Yay! Another reason to curse when you leave your phone at home.

The FortiWeb Cloud Web Application Firewall from Fortinet is now available as a service on AWS. 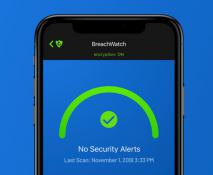 As long as we’re discussing security news. The Malwarebytes Cloud Platform has been certified as integrated with ServiceNow Security Incident Response.

Tired of scrolling log files? Arctic Wolf feels your pain and has added Log Search to its Managed Detection and Response service.

Threat Stack expanded its host-level support to include Windows Server OS. All can be managed within the Threat Stack Cloud Security Platform and across Linux and Windows cloud workloads.

Passwordless login and advanced MFA can always be better, right? That’s what Ping Identity indicates as it revved up PingOne. 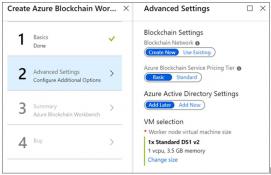 Other product news. File wrangling can be a thankless task, but Microsoft Azure says help is on the way. Hello to GA of Azure premium files, a fully managed file services offering with hot performance built on SSDs. But wait, there’s more! Block your chains or chain your blocks with Azure Blockchain Workbench 1.7.0 (pictured) and the new Azure Blockchain Service.

What was that weird thing that happened? Find out with LogicMonitor and its new anomaly detection feature.

Wireless Health Monitor and Facebook W-iFi are just two of the new toys in the expanded portfolio of Zyxel’s Nebula Cloud Management program.

The NETGEAR Nighthawk Pro Gaming Mesh WiFi system (XRM570) bundles a Nighthawk router and extender for hot gaming Wi-Fi fast enough to beat all your friends and that last boss. 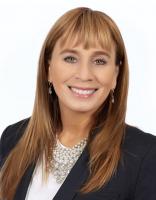 Non-product vendor news. New business cards for Jessica Daughetee (pictured) as she moves up to chief marketing officer at Avnet.

Reinvent Telecom will get bulk pricing for biz cards with all the additions to its white-label reseller UCaaS products:

Extreme Networks and Aerohive Networks signed papers for Extreme to buy up all outstanding Aerohive shares for a purchase prices of about $272 million. Net cost after cash etc. should be about $210 million.

8x8 rolled out its new Elev8 Partner Program featuring three tiers and benefits for both master agents and sub agents.

Steelcase and Microsoft are sitting in the same cubicle with new products like Steelcase Roam for Surface Hub 2.

Tech Data CEO Rich Hume signed the CEO Action for Diversity & Inclusion pledge, as have over 700 other companies.

SYNNEX and Circular Computing planted 15,000 trees in Plumas County, Calif., in connection with the agreement the two companies signed in March to plant five trees for every remanufactured laptop sold to SYNNEX customers.

Unitrends (a Kaseya company) released info from its fifth annual Unitrends Cloud and Disaster Recovery Survey. More than 400 respondents gave their thoughts on RTO, data loss, and cloud-based recovery as a service. Surprise! Still too much data loss. 30 percent report losing data as the result of a data center outage. More than 40 percent reported downtime this year. In better news, 60 percent use the cloud for data protection. Of those who don’t do so now, over 50 percent say they will within the next year. Offsite data storage remains the most popular option.

From Austin, Texas, the Spiceworks folks announced a new study on Public Cloud Trends in 2019 and Beyond. On average, businesses run 27 percent of their workloads and apps in public clouds and expect this figure to nearly double to 48 percent in the next one or two years. 2020 should see edge computing, serverless computing, and container technologies in use at one-third of companies.

In the Again? category, WatchGuard released its Internet Security Report for Q1 2019. Ouch: a massive 62 percent increase in overall malware detections over the fourth quarter of 2018. Malicious Office documents were blocked by more than 17 percent of WatchGuard’s Firebox firewalls, making the most widespread malware list. Mac OS malware is on the rise, and web application exploits were soaring ever higher. DNS filtering now blocks more than five million malicious sites. Bad URL, bad. Mimikatz malware remains the #1 threat, up by 73 percent. 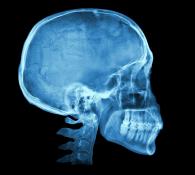 Phone horns. We already have plenty of reasons to caution young people about getting too enraptured by their phones. You know, the world is 3D not 2D, you’re missing reality, you deserve to walk into the light pole, and all the rest.

Here’s a new one: two Australian researchers discovered that young people aged 18 to 30 are growing horns on the back of their head. These bony outgrowths usually only appear in old people as a result of stress on the neck. Now kids have them as the stress of looking down into the glowing light strains muscles and the bone forms to help provide a better anchor to support the dropped head posture.

Of course, if the horns gave better reception, millennials would line up at tattoo parlors to have them grafted on. Bi-phoners might need one horn for iOS and one for Android, causing a slight imbalance. Then what, one orthopedic shoe like grandma has to counteract the lean?

ChannelPro 5 Minute Roundup for the Week of May 23rd, 2022
END_OF_DOCUMENT_TOKEN_TO_BE_REPLACED