ICYMI: Our Channel News Roundup for the Week of June 22nd 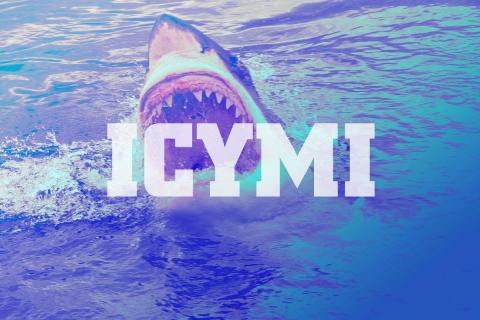 New products from HPE, Apple, and Acer, return-to-work solutions from Salesforce and Citrix, and a guy who reached where we wouldn’t dare to retrieve a fishing hook are all among the many stories we’re just now bringing your way. By James E. Gaskin
Tweet

Need another reason to wear a mask? How about this: the “Saharan Air Layer” arrived in the U.S., bringing tons of dust from the Sahara Desert. It hit the Gulf states today, after blanketing some Caribbean islands. Look out for dust-filled air as far north as Chicago this weekend. Just another item in a long list of reasons making 2020 the Worst Year of the Century. 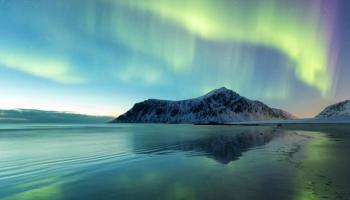 Apple news. Welcome to Apple iOS 14. Some of the updates include huge ones to the home screen, redesigned widgets, and the App Library. A compact design for incoming FaceTime calls seem pretty timely too. And bunches more, of course, like updates to conversations in Messages.

And hello to macOS Big Sur with a new design, the biggest Safari update ever, and juiced up Messages and Maps. All while enhancing privacy by adding more transparency about what your apps are doing with your data. 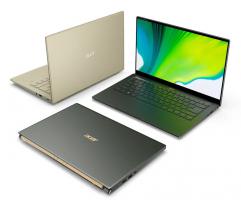 Acer-ama. Get ready for Acer’s new Swift 5 ultrathin-and-light notebook (pictured) with more power and performance updates squeezed into an ultraportable chassis. The touchscreen is covered with Antimicrobial Corning Gorilla Glass so you can touch safely all day long with the extended battery life. Hot new Intel processors and graphics, of course. Ships in October.

Since remote work is reality from now on, Acer also launched the Enduro line of rugged notebooks and tablets. MIL-810G and P65 certification means first responders, field workers, and maintenance staff can pick one up, filled with the newest Intel processors, with confidence. Enduro N3 and N7 Rugged Notebook and Eduro T1 and T5 Rugged Tablets will ship in August in North America.

Developed as part of Intel’s Project Athena mobile innovation program, the new Acer Chromebooks Spin 713 and Spin 311 give students the platform they need for the increasingly digital school experience. 10th Gen Intel Core processors come packed inside the 13.5-inch touch display for the 713 and the 11.6-inch convertible model 311. They’ll be out in time for school in the fall.

All work and no play, remember? Acer does, which is why the company refreshed its Predator Helios, Predator Triton, and Nitro gaming notebooks. Hot new Intel chips and NVIDIA graphics. 144 Hz or 240 Hz displays for fast game action. PowerGem thermal technology keeps the heat in the game, not the notebook. All will be out in July or September.

Stationary, bigger screens mean higher scores. Hence the new Predator X25 Monitor running at 360 Hz. Hence also four new models in the Predator XB3 series from 24.5 to 31.5 inches and 240 Hz refresh rate. Or hook that fast monitor to the fast Predator Orion 3000 in a mid-sized tower case. Or a Nitro 50 in a full-size case in black with red accents. And sit in the new Predator Gaming Chair x OSIM.

Acer also expanded its ConceptD Series for Creators with new notebooks, desktops, and monitors. Premium power, elegant design, PANTONE-validated monitors, and professional-grade graphics in a chic, small form factor box. Availability varies depending on region, but all in the summer. 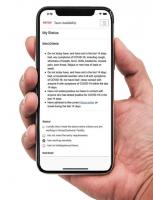 COVID-era product news. Flexibility in work situations during the lockdown will be impossible to reverse because too many people (70%) believe work will permanently change. Say howdy to Salesforce Anywhere which lets users sell, service, and market from anywhere powered by Salesforce Customer 360. Beta in July.

Also here to help is the new Xerox Team Availability App (pictured). The real-time solution helps companies understand employee availability and location. This will be useful as more employees split time between office and home.

Partner relationship management player Impartner’s Channel Ignite PRM package is built to help companies simulate channel performance during this challenging business environment. Aims to get companies up and running with a PRM in record time. 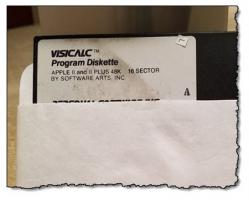 Other product news. According to the StorageCraft folks, the new ShadowXafe 4.0 unifies data protection across all use cases, so users can mix and match software and hardware environments in one platform.

Since VisiCalc hit in 1979, spreadsheets have been the tool of choice for many, even when it doesn’t really fit. Why? No coding, templates, and familiarity. The new Amazon Honeycode, now in beta, lets you build web and mobile apps without coding. Fully managed AWS service that you can build like a spreadsheet transformed by the Honeycode App Builder.

New Dell breakthroughs in high-performance computing, developed with Intel and the University of Cambridge, include the new Open Exascale Lab and HPC storage Data Accelerator. Now one of the world’s fastest open source HPC storage solutions, say the Round Rockians.

Buffalo Americas, makers of the first terabyte desktop NAS we ever tested, is transitioning the 2-bay TeraStation 5210DN to the 4-bay desktop TeraStation 5410DN NAS models. The partially populated 4-bay systems make it easier to add storage when you realize that, once again, the customer didn’t tell you all their storage needs.

Illumio Edge introduces a Zero Trust tool for endpoints to reduce the risk of ransomware and malware attacks. Also available through the CrowdStrike Store.

Need end-to-end visibility from the network to the cloud? Of course. Good that LiveAction extends visibility into AWS and Microsoft Azure public clouds. 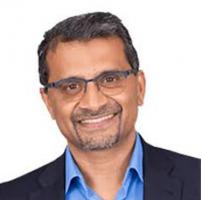 Speaking of adding new people, Nutanix named Christian Goffi as its new vice president of channel sales for the Americas.

CompTIA and Learn on Demand Systems earlier announced six months of access to eLearning Labs for CompTIA educational partners. Access has been extended to a full year for techs to earn technical certifications.

Always nice to see a new global partner program like the new one from Clear Skye, an identity governance vendor.

And like the new global reseller channel program from Armis, an enterprise IoT security player.

Hands were safely shaken as Pax8 and NewCloud Networks forged a partnership to provide backup and recovery for Microsoft Hyper-V and VMware environments.

Pulse Secure and Gigamon teamed up to ensure that customers with Pulse Secure’s Network Access Control tools can fully leverage endpoint info from Gigamon as remote workers return to the office.

IT consultancy Entisys360 joined the 5% club of Cisco partners with Cisco Gold Certification.

Fully 87% of the 500 global IT decision makers who responded to LogicMonitor’s Cloud 2025 Study this past May and June expected the COVID-19 pandemic to accelerate their cloud migration. Three quarters expect 95% of all workloads will be in the cloud within the next five years. In 2017, 13% of respondents didn’t think this shift would ever happen. Remote workers, not surprisingly, keep pushing the cloud timetable sooner and sooner. Before COVID-19, 35% of workloads were expected to stay on-premises. That number has dropped to 22% now. Respondents expect 28% of work will be in public clouds compared to 30% in private clouds. 37% expect to reach the 95% cloud workload level by 2022.

Virtana’s survey report, “The Current State of Hybrid Cloud and IT,” found that those companies that stopped their cloud migration journey suffered 2.5 times more IT outages. Those who halted their cloud moves were twice as likely to over-provision to ensure performance. Two-thirds of respondents also cite a lack of visibility, while 79% complained about the lack of sufficient access to tools. More than 30% of those surveyed stopped their cloud migration process. The new economic climate exposed a lack of access to correct IT tools to run efficiently in 52%.

WatchGuard Technologies’ Internet Security Report for Q1 2020 found that two-thirds of malware is encrypted. That means it’s invisible without HTTPS inspection capabilities. 72% of encrypted malware were zero-day exploits. Monero cryptominers jumped in popularity as criminals looked to generate passive income. A three-year-old Adobe vulnerability appeared as one of the top network attacks. Should have been patched in August 2017. Mapp Engage, online betting platform Bet365, and the AT&T login page were targeted with spear phishing attacks. However, there were 6.9% fewer malware hits and 11.6% fewer network attacks in Q1. 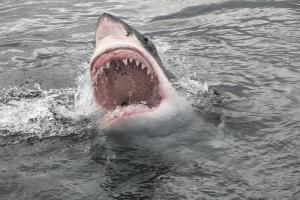 Call me Lefty. We’re used to seeing some pretty stupid selfies. The push for Instagram “glory” demands ever-increasing stupidity to be captured in photos or videos.

How do we know? In the waters off Cape Henlopen State Park Beach in Delaware a man was filmed prying open the jaws of a shark on camera.

It turns out that catching and releasing a shark is legal in Delaware. Our “hero” wasn’t breaking and state laws. Common sense laws were broken in every direction.

We predict our video “star” will soon have a new nickname: Lefty.

If you and Lefty want to keep treating sharks like petting zoo goats, feel free. We’ll be watching from onshore. Way onshore.

ChannelPro 5 Minute Roundup for the Week of May 23rd, 2022
END_OF_DOCUMENT_TOKEN_TO_BE_REPLACED