ICYMI: Our Channel News Roundup for the Week of June 19th 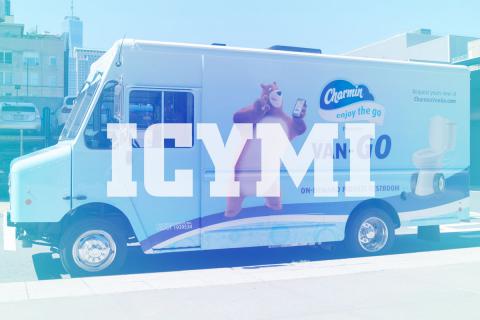 New data center gear from Lenovo, a new network architecture from Cisco, and a service sort of like Uber for people with an urgent need to poop were among the stories we didn’t get around to telling you about this week. By Rich Freeman
Tweet

True story: Some of us at ChannelPro (OK, one of us) were in the Bay Area last weekend for a wedding—an outdoor wedding—and for reasons not worth going into didn’t have access to our laptop on the flight home. So we tapped out an entire column for you, one painstaking character at a time, on our smartphone using nothing but our left pointer finger.

No thanks are necessary, but we would appreciate it if you went easy on us a little for subsequently failing to report all of the news we’re about to take you through.

Full of surprises, those Lenovites! You’ve gotta admire Lenovo’s unpredictability. Two months ago, at its Accelerate partner conference, the hardware maker told ChannelPro it plans to shift some of the attention it’s been dedicating to data center products back to the desktop. And how did it follow up this week at its Transform conference in New York City? By launching “the largest data center portfolio in its history,” of course. The expansive new set of ThinkSystem server and ThinkAgile converged/hyperconverged infrastructure offerings, which emphasize scalability, adaptability, and compatibility with legacy infrastructure, will reach market this summer.

Fear not, though, PC fans. Lenovo broke interesting news for you too at Transform, including the forthcoming release of the ThinkStation P320 Tiny (pictured), a roughly 7-inch tall mighty-mite capable of powering six displays at once, and a subscription-based PC purchasing option that sounds pretty similar to what Microsoft and Ingram Micro, among others, have on offer these days too.

Betcha no one else has this on offer yet, though. We refer to Cisco’s new “intent-based networking” solutions. Despite expensive recent bets on everything from application performance monitoring to SD-WAN to artificial intelligence, CEO Chuck Robbins (pictured) has no intention of surrendering Cisco’s king-of-the-hill status in the networking market. The latest proof is that just days before its Cisco Live! Event opens in Las Vegas, the company unveiled a new generation of machine learning-based solutions that continually and automatically optimize themselves to satisfy policy-based objectives you define upfront.

It’s not just whiteboard material, either. 75 organizations are field testing the stuff already. They look to be big organizations for the most part, though, so I guess we’ll have to see when/if this intriguing new initiative makes its way into the SMB segment.

Two can play that game. Cisco isn’t the only tech world bigwig making announcements ahead of a big conference. Just a few short weeks before Inspire, the annual event formerly known as the Worldwide Partner Conference, Microsoft rolled out a new partner portal this week. And while they were at it, the company also:

We’ve got an extra-big load of non-product news for you too this week! And here it is:

Think of it as Uber for people who need to poop. Hey, when you’ve got to go, you’ve got to go, and if you can’t get yourself to a toilet why not bring the toilet to you? Well, if you were in Manhattan this week, you could bring the toilet to you, and on demand no less, thanks to an innovative new service from the thoughtful people at Charmin. Just a few quick taps on your smartphone was all it took to summon the Charmin Van-GO, a “totally private and super clean” toilet on wheels endorsed somewhat randomly by black-ish star Anthony Anderson.

“When I learned about Charmin Van-GO, my first thought was, ‘Wow. New York City needs this!’” said Anderson in a press release. “Now, people can avoid those random (and frantic!) coffee shop stops with Charmin Van-GO.”

Usually, anyway. Turns out the Van-GO is one of those cases where reading the fine print can be the difference between sweet relief and utter disaster. That press release notes that the mobile toilet you so desperately need will answer your call “pending availability.”

Two words for you, Charmin: surge pricing. In at least some circumstances, people who wouldn’t dream of paying extra for a lift to the airport will shell out whatever is necessary for priority access to a toilet van.