ICYMI: Our Channel News Roundup for the Week of June 17th 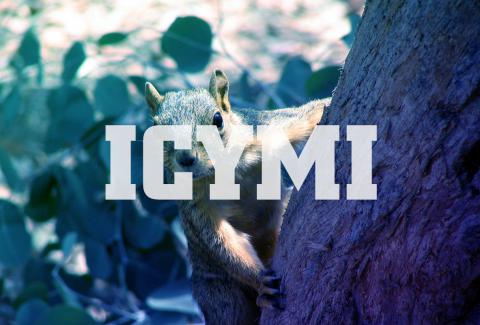 HPE going all in on as a service, SolarWinds rolling out a new service desk application, and an Alabama man raising a meth-head attack squirrel are all among the stories we’ve finally found the time to tell you about. By James E. Gaskin
Tweet

Finally, we reach official summer, and it’s officially confusing. Storms across the country dump too much rain here and not enough there, tornadoes dance around a third of the country, and the mountains out west are getting more snow. And speaking of dancing, the folks in New Orleans started beating feet last night. 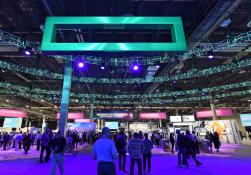 HPE and Intel news. “All in” may be a poker term, but HPE bet all their chips on the “as-a-service” model for their entire portfolio. 2022 is the target date for all things HPE to be available on a subscription, pay-per-use, or as-a-service basis.

Speaking of clouds, HPE continues to expand its hybrid cloud portfolio with more automation, choice, and workload-optimized solutions. How? AI-driven operations across its portfolio. Planned results are 25 percent lower IT infrastructure costs and 71 percent less staff time per server deployment.

Supercomputers don’t have capes and masks, but they do have Intel processors. At the 2019 International Supercomputing Conference, Intel talked High Performance Computing with tools like its Intel Xeon Platinum 9200 processors and Optane DC persistent memory.

Salesforce pulled the curtain on its Customer Data Platform with the next generation of Customer 360. Get a personalized single view of customers from every engagement.

Enjoy TeamViewer for remote control support (as a lot of you apparently do)? Have some Zebra Technologies Android-based devices? Surprise! Access your front-line Zebra devices from within TeamViewer now.

Nimble, the original “social CRM,” rolls out Nimble 5.0 for Office 365 and G Suite teams. Get a single record of relationships across the organization, granular activity tracking, new custom activities types, and email tracking.

Fortinet announced its Secure SD-Brand product line that extends the Fortinet Security Fabric to network access. Includes network edge protection down to the device level. Wow—look how far we got down the page before talking security! Probably a record.

Ping Identity and iovation are teaming up to provide intelligent authentication to support Zero Trust architectures. PingFederate and iovation FraudForce will work together.

BlackBerry Enterprise Mobility Suite has upgraded to add a connecter for Dropbox, support Chromebook, and sweeten its Android Enterprise chops.

SMBs have another security team offering help now that Webroot has integrated with Blackpoint Cyber to provide an advanced IT security tool to MSPs.

Team time again! To offer clients secure and reliable integrations services, Rackspace has teamed up with MuleSoft and its Anypoint Platform.

Travel is painful enough without crummy Internet service in hotels. So Ruckus Networks (acquired by CommScope) has expanded its hospitality connectivity portfolio with fiber switches and the Fiber Backpack supporting the H510 access point. Speed up our travel streaming, please!

Sectigo has shipped Private PKI, which lets Microsoft CA users manage their non-Microsoft devices and applications as well through the same console. 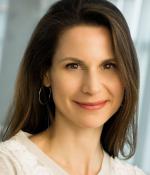 Non-product vendor news. Datto has added and/or promoted multiple senior executives. Welcome to Sanjay Singh as chief sales officer and Mark Simon as the new managing director of EMEA. They join Chris McCloskey, who came to Datto in late 2018 as CXO.

The Alliance of Channel Women has opened up nominations for its 2019 LEAD Awards, recognizing “women who are courageous, creative, collaborative, connected and confident in advancing channel careers.”

Have enough storage? Those who said yes are a) new to the job, and b) wrong. IDC’s Worldwide Global DataSphere IoT Device and Data Forecast, 2019-2023, outlines how the growth in IoT devices will generate 79.4 ZB (zettabytes, as in a whole whole lotta bytes) of data in 2025. More things monitoring the world means more data, and we’re on track to deploy about a zetta-sized number of IoT devices over the next few years. Just because IoT devices can send reports every second doesn’t mean they should, but they probably will, so get ready. Add in the ongoing push to digitize the entire world and you need even more storage, even in the home with all the new smart things. High resolution home video surveillance alone may reach a gazillion bytes a day soon. Sigh. And I remember when Novell Netware added an RLL controller to a Maxtor XT1140 5.25-in. hard drive to push it to 126 MB (yes, megabytes) and a customer asked how in the world we expected him to use that huge amount of disk space. 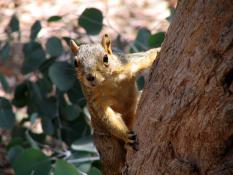 Man’s meth friend. In today’s lonely world, even meth heads need companionship. And pets are great companions! So, it’s completely normal that an Alabama man, Mickey Paulk, would have a pet. His choice, however, was a bit odd: a wild squirrel.

OK, that was only the first odd part. Paulk fed his squirrel meth to maintain its aggressive behavior. In other words, Paulk had himself an attack squirrel. Yes, a caged wild squirrel was given meth.

When police raided Paulk’s apartment, no doubt tipped off by a rampaging rodent, they found not Paulk but Ronnie Reynolds. Perhaps Reynolds helped them find the hidden meth, drug paraphernalia, ammunition, body armor, and the meth-loaded squirrel. But Paulk was nowhere to be found.

To be fair, the police in Alabama don’t have a way to test squirrels for meth, nor do they incarcerate such critters. The Alabama Game and Fish Division released the squirrel into a nearby wooded area. Later they found the ripped-apart carcasses of a rabbit, a fox, a wolf, and a black bear. The police all nodded. “Yep, that squirrel’s on meth alright.”

Mickey Paulk remains loose at this writing. No word on whether Meth-Squirrel will help get a live-action Marvel Squirrel Girl movie to the big screen, but the Internet says yes please.