ICYMI: Our Channel News Roundup for the Week of June 12th 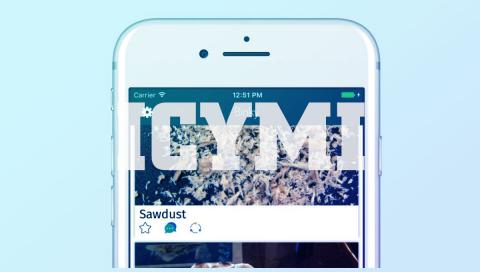 New gaming gear, new audio-visual wares, and a new app that captures the essence of what we love most about smartphones—swiping past pictures—are all among the stories we didn’t tell you about last week. By Rich Freeman
Tweet

You know what does make you feel better, or at least distract you? Writing. If you’re a writer anyway. So please indulge us now while we engage in some much needed therapy by catching you up on recent tech news we didn’t get around to covering yet.

Let the games begin. Because there were lots of them, and lots of hardware to play them with, on view at last week’s Electronic Entertainment Expo in Los Angeles. As far as the Big Three console makers go, anyway, Microsoft pretty much stole the show. Sony showed off some new games for its PlayStation VR virtual reality headset and Nintendo trumpeted some new games for its Switch device, but only Microsoft had a major new hardware product to launch.

Known as Project Scorpio when Microsoft discussed it at last year’s E3, it’s now officially named Xbox One X and enables anyone with an appropriate display to enjoy immersive, high-speed 4K gaming. Due to reach market weeks ahead of Black Friday and the holiday shopping season on November 7, the new device will list for $499 in the U.S. and support 42 titles right out of the gate, including 22 games available on no other platform.

And fear not, PC gamers. There were plenty of goodies out of E3 for you too, including:

And before we move on from gaming...Lets see where your home town placed on WalletHub’s recently published list of America’s 100 best cities for gamers. Based on a rather elaborate methodology factoring in variables like gaming stores per capita, local internet quality, and device ownership rates, it starts with Orlando, Seattle, and Austin, Texas and ends with Memphis, Laredo, Texas, and Detroit.

Pity the poor gang at InfoComm. It’s not easy competing with Super Mario Brothers in 3D, after all. But with the global audio-visual market set to grow 14 percent this year, channel pros had plenty of reasons to drop by InfoComm’s big annual U.S. trade show in Orlando last week anyway. The vendor community was certainly there in force with new products at any rate. To cite but a few examples:

Last but not least, BI. A/V gear might not be as entertaining as games, but at least it’s flashy. Analytics products by contrast are, um, practical. They’re also big business, however, and Microsoft showcased a new one at its Data Insights Summit event last week. Called Power BI Premium and targeted mostly at larger companies, it’s a new edition of Microsoft’s Power BI analytics tool that lets you distribute reports to multiple people without requiring them all to be individually licensed.

In other relevant-but-less-interesting-than-4K-gaming news from Microsoft last week:

As long as we’re at it, let’s take a peek at few more new products, shall we? They may not be as exciting as Skyrim in VR, but they’re worth knowing about anyway:

Further dispatches from the vendor front. We also learned last week that:

When Facebook is too mentally taxing. There’s Binky instead! Available for iOS and Android, Binky is a smartphone app that, in the words of its developer, displays “an infinite feed of random things.” Think of it as Facebook without friends. Or context, Or relevance.

“Look, all we want from our apps is to see new stuff scroll up from the bottom of the screen,” says the app’s website. So that’s what Binky does, and it’s not too particular about the stuff. “What will come up next?” the website asks. “Cauliflower? Diana Ross?”

Sounds silly, but it’s actually quite profound. Because what is it you’re actually doing when you check your phone between tasks? Catching up with the world or enjoying the soothingly familiar sensation of mindless, repetitive motion as you swipe your finger past the latest...whatever on your phone. Binky, in short, is the distilled essence of what we really love about smartphones, and the inspiration for a forthcoming app of our own here at ChannelPro. Called In-fini-box, it’s an endless stream of emails from non-existent people you can reply to in seconds with short, meaningless replies.