ICYMI: Our Channel News Roundup for the Week of June 11th 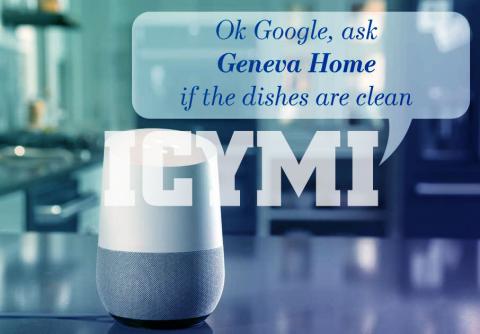 Networking fun with Cisco, gaming fun at E3, and the delightfully fun experience of talking to appliances that can’t talk back (yet) are among the topics we should have covered for you earlier this week. By James E. Gaskin
Tweet

Here we are in the season of “dregs TV” as the major networks rerun their good shows or try out series that were not ready for prime time. Too bad it isn’t Dixie Dregs TV—that could be interesting. But we’ve had some movies to distract us (go girls in Ocean’s 8) and Luke Cage comes back to Netflix, giving Marvel fans the courage to persevere. Of course, diehard Marvel fans have been watching Cloak & Dagger on the FreeForm channel of all places. But all this watching distracted us, and some news slipped by, so here we go.

Let’s talk Cisco, kid, or rather let’s talk about Cisco Live. Lots of people go to Orlando for fun, and lots of people go there to learn. In this case, Cisco Live 2018 was packed with new things to learn to make networking even more fun. Certainly developers will have fun with the capabilities available across Cisco’s intent-based networking platform. Edge to data center is now covered with an open, programmable platform.

Fun at E3 Live. Speaking of fun followed by big money, the E3 Live event in Los Angeles packed over 68,000 folks into the Convention Center.

Seagate was there, and the company announced the new Game Drive for Xbox SSD (pictured) exclusively for Xbox One. Later this summer you can get 500GB, 1TB, or 2TB of SSD game goodness to turbocharge Mario Kart better than the elusive Power Horn.

Lenovo had some fun too and wants to share it with you. Crank up some of the new Lenovo Legion gaming PCs for a blazing good time. Take your pick from six new systems: Legion Y730 and Y530 laptops, T730 and T530 towers, and C730 and C530 cubes. Grab one or two of these in the next few months (rollouts from June through September) and revive the LAN Party movement.

Microsoft loves a good time, too, packing in thousands to the Microsoft Theater. There weren’t thousands of announcements, but close. The Softies have doubled the size of the game development studios and announced 52 games. 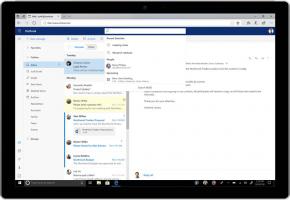 Speaking of Microsoft…Microsoft Office, at least for Office.com and Office 365 users, will start receiving upgraded features over the next few months. Ribbon gets a makeover, new icons and colors will appear, and search will get better.

And while we’re talking about clouds, Azure Kubernetes Services (aka AKS) is now generally available.

Other products have news, too. Bitdefender (cybersecurity) integrated its GravityZone cloud workload protection platform with AHV, the Nutanix native hypervisor.

Saving is one thing, finding is another. Help is on the way with FileCloud (file sync and share) with its added content discovery capabilities and metadata tagging features.

Alex Cho (pictured) is the new president of personal business systems at HP.

Broadvoice tapped Vinit Ahooja to be its vice president of operations.

AMI-Partners just released a long-named report: Accelerate Growth and Profitability with Office 365 Migrations and Ongoing Cloud Services: How MSP-ISV Partnerships Are Empowering Small and Mid-Sized Business in The Cloud. Deets? MSPs increasingly target SMBs, trying to get a cut of the estimated $40 billion SMBs will spend on cloud-based email and productivity solutions. Secret sauce: partnering with ISVs to ease and automate the migration process. Average time savings is 18 hours on a typical migration.

Professional services firm Sikich just released the 2018 Manufacturing Report about how manufacturers plan to use the Internet of Things to improve customer service, inventory management, and more. Fewer than 10 percent use any IoT technologies now (hence the excitement about IoT growth possibilities). About 30 percent said they had no real grasp on the whole IoT idea. Only 19 percent are “very ready” to address cybersecurity risk—77 percent say it takes more than eight weeks to fill an hourly position, which may be part of the problem. Anyone know a good trade school full of future factory workers? An IoT certificate would be handy, too. 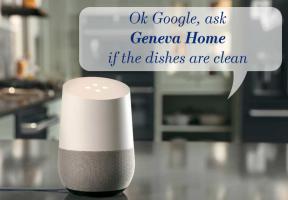 Talking smack to your appliances. GE has a cute commercial on YouTube with a clever Tide product placement. A woman spies her husband doing something stupid (middle-aged white men are the best, and safest, punching bags) and tells Alexa to ask “Geneva” (the GE dryer in the video) to keep tumbling as she goes to rescue her foolish spouse. Sounds like a great summer sitcom, right?

Apparently, you now need the technical might of Amazon’s cloud services and Alexa to manage your home appliances. We’re in favor of this. We have some questions, though. For instance, “Geneva, what did you do with the blue sock with a yellow stripe? Two socks went in, one came out. What do you have to say for yourself?” Hmm, not so chatty now, are you?

On the other hand, what happens when the appliances start talking back? “Sorry, Susan, I am not shrinking your clothes. Cut back on the carbs.” Not nice, Geneva.

What happens if you try to open Geneva while clothes are still tumbling? Will the dryer refuse? “I’m sorry, Dave, I’m afraid I can’t do that.” How did doing laundry turn frightening? Maybe we can get SkyNet and HAL 9000 to fight each other and leave us alone.