ICYMI: Our Channel News Roundup for the Week of July 9th 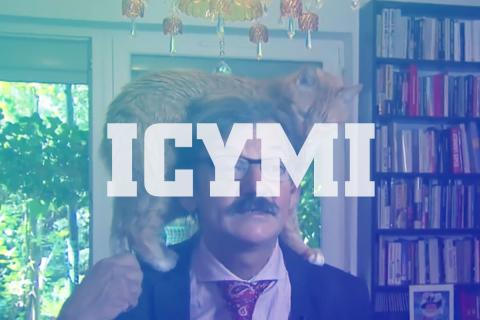 More mobile goodies from Microsoft and Apple, more chips from Intel, another acquisition by private equity investor Thoma Bravo, and a camera-hogging Polish pussycat are among the stories we’ve finally gotten around to reporting this week. By James E. Gaskin
Tweet

After the big American birthday party for Independence Day (not this movie or that one) on July Fourth, things are back in high gear once again. That also means news, news, and more news, plus more news, some of which slipped by even the most diligent newshounds. We tracked down the best bits of missed news for you right here. 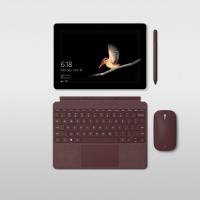 New Microsoft and Apple hardware. Walking the line between the “comforts of a laptop, convenience of a 10” tablet,” says Microsoft about its new Surface Go (does that make this a laptab? A tabtop?). The 10”, 1.15 lb. device (pictured) sports a 7th gen Pentium Gold processor, nine-hour battery, 4GB RAM, 64GB storage (plus microSD card slot for more), and a $399 price tag. The keyboard / cover and Surface Mobile Mouse you see in all the ads are extra.

Speaking of portable computers, Apple finally revved up the MacBook Pro line with new models. 8th Gen Intel Core i5 and i7 6-core processors, up to 32GB of memory and up to 4TB of SSD storage (on the bigger one), along with Retina displays, make these 13- and 15-inch models objects of desire. 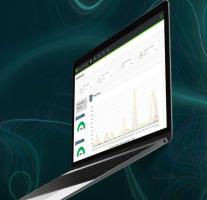 Let’s be secure-er. Just in time for the new MacBook Pro models (what a happy coincidence), Malwarebytes introduces Malwarebytes for iOS. Includes call and web protection for the Safari browser, text filtering, and ad blocking, among other bits of security goodness.

Like ForeScout? Like Carbon Black? Then salivate at the thought of the ForeScout Extended Module for Carbon Black. Agentless visibility with advanced endpoint protection.

Continuing that spirit of togetherness, WhiteHat Security and RiskIQ teamed up for the RiskIQ Digital Footprint Snapshot technology to expand the WhiteHat Discovery tool.

Fortinet mashed together its next generation firewall and SD-WAN into an integrated offering.

Proofpoint rolled out a solution that defeats those brute force attacks bad guys are increasingly using to break into Office 365 accounts.

Private equity firm Thoma Bravo whipped out the wallet that it can’t seem to keep in its overstuffed pocket to acquire a majority interest in Centrify (identity and access management). Final papers will be signed in the third quarter.

Netskope (cloud security) also whipped out a checkbook (remember those?) for Sift Security (cloud infrastructure security). Check has cleared but details were not released.

The summer shopping days continue as Bomgar (identity and access management) announced that a deal to acquire Avecto (endpoint privilege management) is underway. It should close at the end of the month. 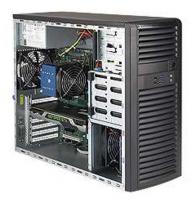 More products for consideration. PC not enough for your tough jobs? Intel introduces a new Xeon processor offering an affordable step up for entry-level workstations. Hot boxes powered by the new Intel Xeon E-2100 6-core chip are on the shelf now.

ManageEngine (real-time IT management) rolls out two-factor authentication support for Windows logons in ADSelfService Plus. Now when users forget their password they can leave their smartphones at home as well for a really exciting talk with the helpdesk. Free for up to 50 users. 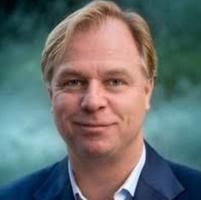 People and deals and deals and people. Effective this week, Klaus Oestermann (pictured) takes over as president and chief operating officer at Proofpoint.

MobileIron (mobile and cloud security) needs to spiff up a new office for Scott Hill, the new chief financial officer.

PlanetOne Communications (IT and telecom connectivity) rolled out the red carpet for Bernadette “Bern” Richardson, the new vice president of marketing.

Is HCI a big deal? Yep. Techaisle’s Midmarket Converged Infrastructure (CI) and Hyperconverged Infrastructure (HCI) adoption trends survey found that 28 percent of U.S. midmarket firms currently run some HCI solutions and another 46 percent will dive in over the next 1-2 years. Over 600 firms were surveyed. Big reasons for the push? Improved operational efficiency, cost reduction, and improved scalability. High availability is the most important purchasing consideration at 45 percent, followed by ability to scale (39 percent), recoverability (38 percent), cost/ROI (36 percent), and management through a single interface (35 percent).

The 2018 SonicWall Cyber Threat Report doesn’t make for relaxing reading. Malware, high in 2017, keeps going higher. How high? 5.99 billion malware attacks in the first two quarters. While ransomware dropped between 2016 and 2017, the 181.5 million ransomware attacks so far in 2018 darn near totals the 2017 numbers. Encrypted attacks using SSL/TLS standards are up 275 percent over the same time last year.

Smaller devices aren’t necessarily smaller targets, according to the 2018 SANS Industrial IoT Security Survey report. Half the respondents acknowledged their IIoT embedded systems or general endpoints are the most vulnerable aspect of their infrastructure. Maybe that’s because only 40 percent said they apply and maintain patches and updates to protect their IIoT devices and systems. More than half admitted “difficulty in patching” as one of the greatest security challenges. 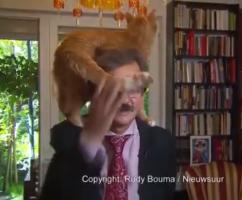 Another over-cute video-bomb. Remember last year when that BBC News interview with a Korean political expert was interrupted by two adorable children? What could be cuter on the Web O’Tubes than that?

Political scientist Jerzy Targalski was holding forth on Poland’s Supreme Court crisis when his cat (name and age unknown, but a friendly orange tabby) decided to get some screen time. Being a cat, he sought high ground, and climbed up Jerzy’s jacket, perched on his shoulders, and curled around the back of his head. The tail, of course, went right over Jerzy’s glasses.

It appears Polish political scientists are unflappable. Jerzy moved the tail out of his face while continuing the interview. Jerzy and cat are now YouTube champions.