ICYMI: Our Channel News Roundup for the Week of July 8th 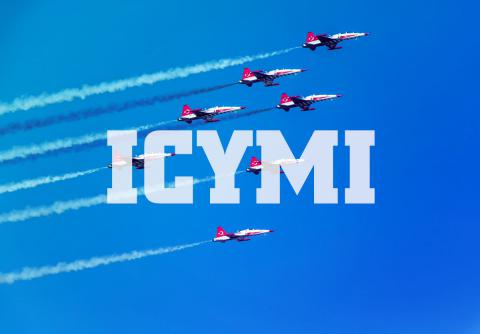 Americans celebrated the Fourth of July last week and the Baseball All-Star game this week, with the American League winning for the seventh straight year. Too bad none of that helps your local team. N.Y. Mets rookie Pete Alonso certainly helped himself by winning the Home Run Derby and fielding the $1 million prize. While we imagined how $1 mil would help our home budget, we missed some newsbits, so let’s get started. 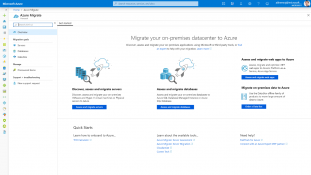 More Microsoft news. Didn’t get enough Microsoft coverage from ChannelPro this week? We’ve got more! Moving on-premise applications to the cloud may not be as aggravating as digging out forgotten shoes from the back of your closet and throwing them in a box, but help with both is greatly appreciated. Hello to the new Microsoft Azure Migrate, a hub for your migration needs. Hey, Azure, can you grab the other end of this couch? No? OK, grab that server then with Azure Migrate: Server Migration. In fact, that’s just one part of many in the entire Azure Migration Program.

What gets moved must also get managed, and Microsoft and ServiceNow work together to move workloads in highly regulated industries to Azure. The U. S. federal government considers ServiceNow a strategic partner in its move to modernize.

Is your biz mobile-centric? Use Office 365? Check out the new MobileIron extensions for the Microsoft Intune Device Compliance Service. 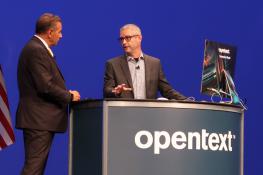 OpenText news. Did you beat the heat by going to Toronto for the OpenText Enterprise World conference this week? If so, you already know about the expansion of Enterprise Information Management with Release 16 and new products like OpenText Intelligent Capture.

Did you pay for dinner at Enterprise World with a MasterCard? Timely, since OpenText and Mastercard shook hands to increase financial efficiencies across global supply chains. 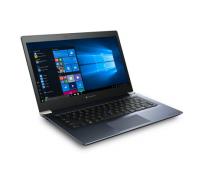 Other product news. Enough work! Blow off some steam with your favorite PC game, now juiced up (oops, a baseball reference snuck in) by the availability of AMD Radeon RM 5700 Series graphics cards and AMD Ryzen 3000 Series desktop processors. Up to 12 cores and 24 threads, plus 1440p gaming, should help you relax.

Summer fun always carries the curse that school will return far too soon (for students). Maybe the updated MacBook Air and MacBook Pro, including student pricing, will ease the transition.

Buffalo Americas was early into the affordable NAS game. Check out the new TeraStation 5010 and 3010 families of 1U 4-bay NAS boxes that can come partially filled for quick installation.

Where there’s storage, there must be backup. Wave to ManageEngine ADManager Plus with added backup and recovery capabilities. Losing your Active Directory is a bad thing. If you don’t know that pain, count yourself lucky.

Companies not only need migration help when moving to the cloud, they need security. To help, Trend Micro AWS Transit Gateway protection tools are now available in the AWS Marketplace.

Non-product vendor news. New business cards are needed for Pete Bartolotta (pictured) as he moves up to president of business transformation at Avnet.

Start the Welcome Wagon app for Claire Dixon as she joins Intel as corporate vice president and chief communications officer.

Welcome Wagon stop #2 will be for Casey Cheyne at IGEL, where he fills the newly-created vice president, cloud partnerships role.

F-Secure pulled the curtain on its new Global Partner Program for B2B IT resellers. The four different tiers are Registered, Silver, Gold, and Platinum.

Mastercard and Zoho joined up to help small businesses all over the globe with a range of products like enterprise planning and finance, CRM, and marketing help.

CriticalStart (managed detection and response) will now be available through Ingram Micro.

Axcient (data protection) has signed up with Zedsphere for distribution.

Zyxel Communications turned on its new solar power system, a full 200kw, built with the help of SunPower and Renova Energy. That hit a key milestone in the Zyxel Green Initiative.

Is artificial intelligence a real thing? Absolutely, according to the IDC report Artificial Intelligence Global Adoption Trends & Strategies. Top of mind for almost every enterprise, but only 25% have developed a company-wide AI strategy. At least the majority (60%) who tried it reported changes in their business model with IT operations the number one biz area using AI. Nearly half of organizations have a formalized framework to use AI ethically, and nearly a quarter have a senior management position involved to ensure adherence.

Criminals may not be geniuses (thank goodness) but they are persistent. Sophos did a global survey called The Impossible Puzzle of Cybersecurity and bad guys still bang on the door every minute. Phishing emails were involved in 53% of those hit with cyberattacks. 41% of attack targets suffered a data breach. Surprisingly, only 16% of respondents consider supply chain security a top risk, which are often the target of nation state adversary attacks. Often those are a launch pad for automated active-adversary attacks. Perhaps that’s why 75% of IT teams find staying up to date with cybersecurity technology a real challenge. 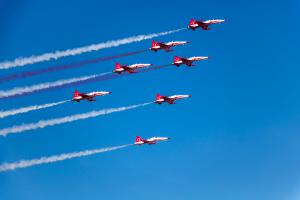 Another example of men never asking for directions. The Patrouille Suisse is the Blue Angels of the Swiss Air Force, and makes flyovers just like the U.S. and British (Red Arrows) teams. Last weekend, the Swiss flyers did the flyover thing they do so well for the Swiss aviation pioneer Oskar Bider.

While it would seem precision would be important to an Air Force, even for flyovers to entertain a crowd, four miles doesn’t seem so precise. Turns out the planes used are over 40 years old and include no modern navigation tools like GPS. That means the flyers rely on maps.

On the other hand, the significant others dragged against their will to the yodeling festival had a moment of relief as the lost jets drowned out all that wailing.

ChannelPro Weekly Podcast: Episode #235 - Greetings from the New Hampshire Chamber of Commerce
8 Best Hacking Training Courses to Boost your IT Career
10 Things You May Have Missed at ChannelCon 2022
END_OF_DOCUMENT_TOKEN_TO_BE_REPLACED