ICYMI: Our Channel News Roundup for the Week of July 5th 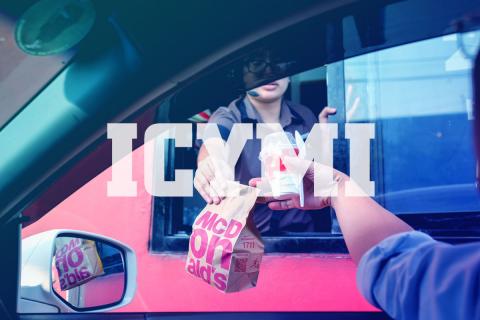 A new CEO for Acronis, new acquisitions for Sophos and HPE, and a poorly timed fast-food stop during a police chase are a few of the stories we’ve finally managed to bring your way. By James E. Gaskin
Tweet

ESPN viewers are confused. On one hand, football training camps have yet to officially open. On the other, the biggest football game in the world this year is happening on Sunday, and the quarterbacks are named Messi and Neymar. Oh, wait, ESPN confused us by calling soccer football. Turns out Messi and Neymar are not quarterbacks, but kickers on England and Italy’s soccer, er, football, clubs. But there’s no confusion about these hot newstips, so let’s gooooaaaaalll! 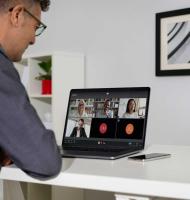 Product news. Like Malwarebytes OneView? Like Datto RMM and Datto's Autotask PSA too? Then rejoice, because all three systems are now integrated.

Ooma Meetings, part of Ooma Office Pro, just added Remote Control as part of its videoconferencing platform. If clients have the Ooma Office app on their computers, they can permit another system to take control. Another useful feature? Enhanced robocall blocking.

AT&T and Google Cloud worked together to offer a set of new edge solutions, based on AT&T’s Multi-access Edge Compute and AT&T Network Edge connections over LTE, 5G, and wireline. They tie in Google Maps, Android, augmented reality, virtual reality, and more to help industries like retail, healthcare, manufacturing, and entertainment.

Another shopping bag, this one at Hewlett Packard Enterprise, which acquired Ampool, developer of a data platform that will be used to by the HPE Ezmeral software group to deliver a cloud-native, high-performance SQL analytics engine.

Farnell, an Avnet Company, just released its third annual Internet of Things survey, which focused on the growing role of Industrial IoT, or IIoT, in driving Industry 4.0 adoption. The top three industry growth segments are industrial automation and control (35%), home automation (18%), and artificial intelligence (12%). Industry 4.0 adoption, and integration of smart manufacturing solutions, remains slow. Concerns include security (32%) and lack of business strategy (30%). 29% of developers claim security is the most important aspect to consider when developing products, and is also their primary concern (36%), followed by connectivity and interoperability. Environmental sensors to measure temperature, humidity, pressure, gas, and more are the most common ones used in IoT solutions.

The 2021 Remote and Hybrid Work Security Report, from Check Point, surveyed 450 IT and security pros about organizational impact of the pandemic on IT and security strategies. Cyberattacks have increased, as we know, so there’s a growing shift to cloud-based security and secure access service edge (SASE) solutions. 45% of respondents admitted their organizations are at higher risk as they shift to remote work. The most nervous industries were finance (54%), utilities (52%), and manufacturing (47%). Scaling performance was a top administration challenge for 46%, followed by addressing privacy and data sovereignty at 42%, and supporting remote access for unmanaged employee devices at 40%. 66% are using cloud-based security services to scale up remote access, believed to be crucial by 83% of senior management. 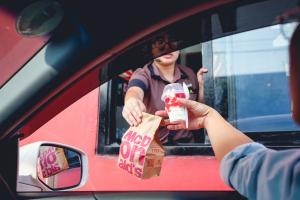 McFail. Imagine this hair-raising public safety emergency: A woman steals a truck, said truck hits a car, police track the GPS signal, and finally race to where the truck appears to be stopped. Lights flashing and sirens wailing, an officer finds the truck and approaches on foot.

The truck thief, identified as a Ms. Gardell, drives away. The officer follows as the truck runs red lights, crosses into oncoming traffic, hits a van, backs into a police cruiser, and knocks down an officer.

Once the police are back on the hunt, they see the truck has stopped again, and they close in. They find the culprit sitting in a nearby McDonald’s drive thru lane.

In the perp’s defense, jail fries aren’t nearly as good as the ones from McDonald’s.