ICYMI: Our Channel News Roundup for the Week of July 4th 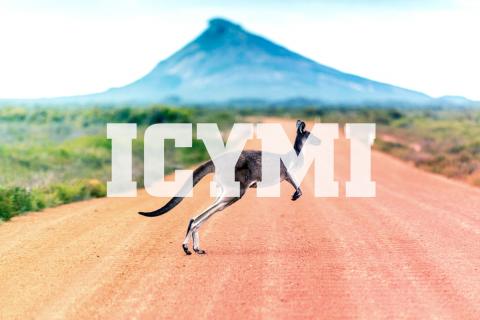 A big MDM acquisition for GoTo, virtual M1 Macs from AWS, a new IoT security gateway from Kaspersky, and an unlikely pair of animal escape artists are among the stories we needed all the way until late Friday to bring your way. By James E. Gaskin
Tweet

There’s always that guy who asks, after seeing you wipe sweat out of your eyes, if it’s “hot enough for ya?” Yes, thank you, 157 degrees in the shade is hot enough. But those on the Atlantic side of the country will see cooler temperatures next week as the heat moves west to sit over Texas through the Plains and up to the Northwest. 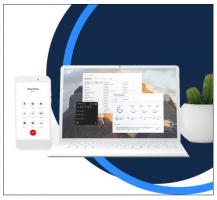 News from big shots. Intel and Google Cloud revved up some tools and a closer relationship for high-performance computing workloads. Intel oneAPI tools with the new Cloud HPC Toolkit, along with new Intel math libraries, should help your complex calculations.

Zoom knows sometimes you just want a phone call rather than a video session where people are distracted by cats and weird things in the background. Hence the improved Zoom Phone (pictured), now supported in 70 countries with a range of Provider Exchange partners.

Oracle NetSuite announced a new referral program tagged SuiteReferral that sends a referral fee and enhanced resources to customers who spread the word to peers. 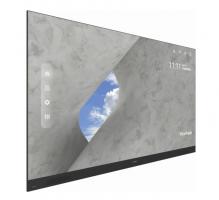 Other product news. Action1 released a new version of Action1 RMM with automated reusable policies and better patching. Free for the first 100 endpoints.

Keeping IoT devices safe takes a different set of tools than found in most IT bags, but the new Kaspersky IoT Secure Gateway 1000 appliance is based on KasperskyOS for protection from a variety of exploits.

Many people have ViewSonic monitors on their desk, and now you can hang the new ViewSonic LDP 4K UHD All-in-One Direct View LED Display units (sample pictured) on the wall. Sizes include 163- and 216-inch models. 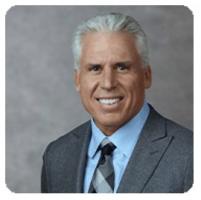 GoTo will acquire Miradore and fold its mobile device management tools into the GoTo portfolio for small and midsize businesses.

Comodo Security Solutions is the old name, and Xcitium is the new one attached to both the company and the new zero threat endpoint protection tools it just launched.

The quarterly Internet Security Report from WatchGuard discloses that ransomware volumes in Q1 were double the total for all of 2021. Ouch. The Emotet botnet came back in a big way, joined by a tripling in attacks using the infamous Log4Shell exploit. The takedown of one cybergang, REvil, just created an opening for the LAPSUS$ extortion group. New ransomware variants appeared, including the first known exploit written in the Rust programming language. PowerShell scripts led the surge of endpoint attacks, accounting for 88% of all detections.

Morning Consult surveyed 200 IT decision makers in the U.S. and Canada along with 1,000 office workers on behalf of HP. Why do employees want to come back to the office? Apparently, 57% of them miss their printers more than happy hours with colleagues. Fifty-five percent miss printers more than free lunch on-site and 53% give printers the edge over being in an office building. On the other hand, a mere 36% rank access to a printer above the big reason managers say employees should return, in-person collaboration.

Arcserve’s annual independent global research study by Dimensional Research surveyed 1,121 IT decision makers in midsize to large companies across 11 countries and found that many are unprepared to defend against ransomware. Thirty-five percent say their organization was asked to pay over $100,000 in ransom payments, with 20% asked to pay between $1 and $10 million. Less than a quarter in large companies felt very confident in their ability to recover data lost in a ransomware attack, while that dropped to 20% in SMBs. 64% are investing in security software, 50% in training and certification, and 43% in managed services. 58% said they will rely on existing backup for restore operations, even though only 35% have data backup and recovery in place for all remote employees. Forget rugged independence: 81% want government to do more to help fight ransomware.

Scaling for Sustainable Growth in Disruptive Times from Syncro reports on responses from more than 100 MSPs about using market disruption to grow. The majority are leveraging chaos for growth (49% a little and 19% significantly). Looking forward, only 18% plan to stay the same while 38% hope to expand a little and 44% plan to expand in a big way. The most popular methods are expanding services (42%) and managing larger accounts (25%). Only 15% plan to raise fees. Word of mouth held the top spot for approaches to increasing revenue at 82%, followed by selling more to existing accounts at 76%, and marketing to new clients at 75% 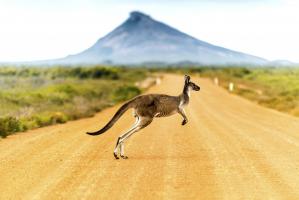 JailZoobreak. A loose kangaroo in Australia isn’t news. It’s Tuesday. The critters are clever and strong-willed, so sightings are normal. But not in East Baton Rouge, La. Gators, yes, and other wildlife. But a kangaroo? Not normal.

But still not that newsworthy, because an illegally-owned kangaroo in the parish (county) is still a devious animal prone to escape. But Baxter the kangaroo, owned by a non-profit that used to own a zoo, had an accomplice to help in the jailbreak: his friend Thor, a parrot. Yes, Thor the parrot freed his buddy Baxter the kangaroo after he figured out how to open the door.

See, we can all work together, as Thor and Baxter just proved.

Jolera Offers Managed XDR Solution to MSP Partners
Find Your Perfect IT Job: One Step at a Time
END_OF_DOCUMENT_TOKEN_TO_BE_REPLACED