ICYMI: Our Channel News Roundup for the Week of July 3rd 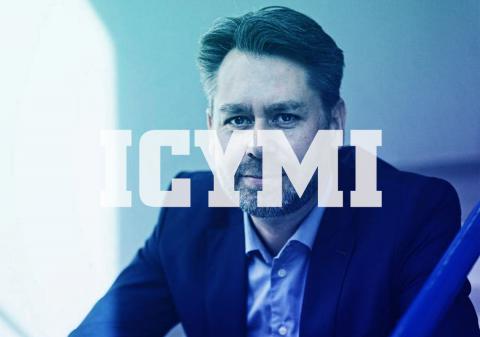 Layoffs for Microsoft, a smattering of alliances and partner program launches, and proof from the unfamiliar man in the picture that Facebook and Apple are today’s real world powers are among the stories we missed during this holiday-shortened week. By Rich Freeman
Tweet

Thanks, tech industry! Between the July 4th holiday and the bonus break many people took on the 3rd, you didn’t have a lot of time to make news this week. So you didn’t make news this week, or at least not a bunch of it. Which means our failure to cover your latest doings was a lot less embarrassing for a change. Take a look at this pint-sized list of stories we missed, readers, and you’ll see what we mean:

Come to think of it, this was kind of a big week for Microsoft. Or at least for members of Microsoft’s salesforce, thousands of whom received pink slips this week. We have some thoughts about the big reorg Microsoft announced internally this week and what it means, but frankly need to understand it more completely before we share them. Next week’s Microsoft Inspire partner conference in Washington D.C., which ChannelPro will be covering the heck out of by the way, should offer at least some further illumination.

In the meantime, all we’ll say is that while no one likes to see people lose their jobs Microsoft appears to be making a pretty sensible and probably overdue shift away from a salesforce org chart rooted in a time when selling on-premises software to big businesses via volume licensing agreements was hugely important towards a new organizational model more appropriate to the era of Office 365, Azure, and Dynamics 365, in which even large businesses often don’t need much hand-holding from outside account managers and the consumer market looms larger. Time will tell if we’re reading this right though.

We know we’re right about this, however. In the past few days Microsoft:

Know fear, nation states. Because Facebook, Google, and other high-tech heavyweights are beginning to rival your once uncontested mastery of international relations, according to no less an authority than Casper Klynge (pictured).

And who is Casper Klynge? Denmark’s recently appointed ambassador to Silicon Valley. And no, we don’t mean ambassador in a fond, informal, wink-wink sense. He’s a professional diplomat, currently serving as ambassador to one of the most populous nations on Earth, Indonesia, and about to be promoted to representing the Danish government in someplace far more powerful.

“The companies are increasingly becoming almost superpowers on a global scale,” said Klynge of today’s IT giants in an interview with the McClatchy news service this week.

Their sway over economic, public safety, and other matters exceeds that of most countries, anyway. And come to think of it, they already require passports in the form of login credentials, and have been imposing laws in the form of EULAs on us for decades. On the other hand, we don’t expect them to start holding meaningful elections anytime soon, so to the extent they rival nations they’re more like constitutional monarchies than democracies.

Which raises a question. Why would Mark Zuckerberg run for president if he’s already a king?

LG Gram for Business 17 (2020): Big Reasons to Like It
END_OF_DOCUMENT_TOKEN_TO_BE_REPLACED