ICYMI: Our Channel News Roundup for the Week of July 31st 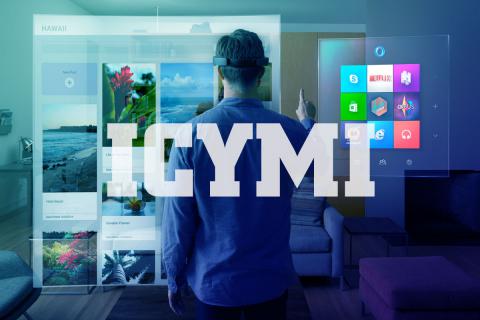 IoT monetization from Samsung, more FastTrack offerings from Microsoft, and a chance to experience the nightmare that was Windows Vista from the inside are among the stories we didn't get around to this week. By James E. Gaskin
Tweet

Now that the NFL has started, with the Hall of Fame Game, Thursday, August 3, on NBC's Sunday Night Football (no, really, Sunday Night Football on Thursday night), you can break out the sweaters. Fall is here, apparently. 100 plus degrees in the Pacific Northwest, like in Portland, Ore., where it hit 107 this week? Just crazy, as is the number of things we missed this past week. Put on your sweater and start catching up on the newsbits that slipped through the cracks.

Speaking of the Pacific Northwest, Microsoft FastTrack for Dynamics 365 helps grease the skids so new customers can slip into the warm embrace of Dynamics 365 more easily than ever. Then perhaps those customers will need a service offered by Dallas startup Rettach that manages email attachment overload by integrating them with cloud storage services, including Office 365.

Wheels and deals and faces in new places:

Ready to walk into Windows? Do you love, love, love Windows? Wish you go get deeper into your OS of choice? Want to right-click with your whole body?

Microsoft has a deal for you: the company now officially sells mixed reality headsets built by Acer and HP. If your computer has the graphics heft to power the headsets, you can walk into a virtual version of Windows 10. Yes, total Windows immersion.

This might not be too bad for Windows 10, but imagine if somehow you stepped into Windows Vista. The horror, the horror! Semi-transparent boxes so vague you can't tell if you're in the right program or not. Bloatware from manufacturers desperately trying to distract you from Vista's nonsense.

Remember User Account Control? Always reminded us of that one aunt at family reunions, the one scared to death of the world. "Are you sure you can do that? You have to get permission to do that. Do you know what you're doing?" Yes, we know, we're swimming in quicksand to escape overbearing controls that stifle us.

We were promised the holodeck from Star Trek and we get virtual Windows? Can we reboot?

Partnering Up
Is CompTIA Linux+ Worth It?
END_OF_DOCUMENT_TOKEN_TO_BE_REPLACED

Jabra PanaCast Review - Get Your Huddle On
END_OF_DOCUMENT_TOKEN_TO_BE_REPLACED