ICYMI: Our Channel News Roundup for the Week of July 30th 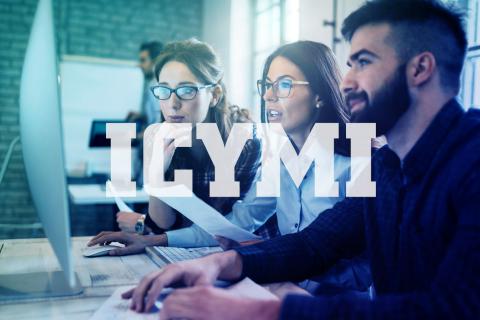 Bug hunting bounties from HP, tablets from Samsung and Panasonic, and evidence that $135,000 just doesn’t go as far as it used to (if you’re a tech worker, anyway) are all among the stories we’re finally getting around to reporting. By James E. Gaskin
Tweet

What a typical week this has been, with fires on one coast balanced against floods on the other. The only hope for many is the start of the pro football season, and now that’s making news for all the wrong reasons. Maybe college football will get some new fans, and there’s always the race in the NBA to see who will come in second to the Golden State Warriors. And you can get your tickets now for the 50th anniversary of the U.S. Open, the fourth Grand Slam tennis tournament. 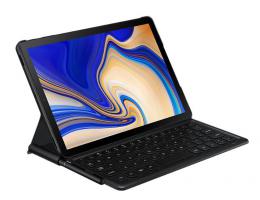 News from the realm of hardware. HP Inc. announced a first-ever program: a crowdsourced print security bug bounty program. No, wonky font reports will not pay off, but unknown security gaps could net you $10,000.

Back to tablets with the enhanced Panasonic FZ-G1 and GZ-M1 models ruggedized for extreme work environments or the chronically clumsy. Both run Windows 10 and are powered by Intel Core i5 processors.

What gets printed often needs to later get scanned. Try the new Epson WorkForce ES-300WR and WorkForce ES-500WR scanners bundled with new Epson ScanSmart Accounting Edition Software along with their other software utilities. 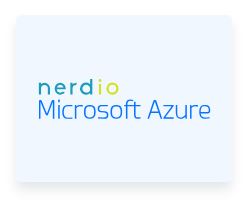 Not all products are hardware. Nerdio (cloud IT automation) introduced load-based autoscaling for RDS in its Nerdio for Azure product.

Who wants smarter security? Everybody except the hackers. So cast an eye toward the new FireEye Endpoint Security solution, now with MalwareGuard. Machine learning tightens security by making intelligent malware classifications without human involvement.

The security-minded always want Multi-Factor Authentication (this MFA, not this MFA).So MFA enhancements to the OneLogin Protect 4.0 product will make one of those MFA groups happy with the addition of the security MFA. 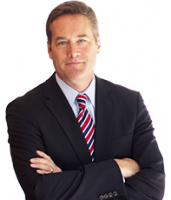 Broadvoice (hosted voice) made the call about acquiring YipTel, a provider of cloud communication services.

SafeBreach (attack simulation) had a record 2017 business year and wants to continue the uptrend with its newly announced Global Channel Partner Program. John Bolger just jumped on board as head of channel sales.

Have customers with potential security issues? Of course you do. Check out the new CompTIA PenTest+ for a vendor-neutral credential to grease the skids to get some more business.

Avnet (IoT distribution and more) inked the papers to become a global disti for Microsemi.

SwiftPage (Act! CRM software) is now accepting applications for its Small Business Idea and Invention Scholarship. Deadline for the video submission of less than two minutes is December 7, 2018. Winner will receive a $2,500 scholarship in January 2019.

Everyone who’s ever supported customers knows this, but now there’s a survey to put a number to it: Small businesses struggle with the complications of IT. The Kaspersky Lab 2018 B2B Survey nails it down: 66 percent of “very small businesses” (companies with fewer than 50 employees, which is by far the most common type) and SMBs of 50-249 employees face challenges managing a heterogenous IT infrastructure. Cloud options don’t always help, as many small businesses lack the IT staff to manage the new infrastructure. Controlling data on mobile devices is tough for nearly half of all VSBs and 64 percent of SMBs. Doesn’t help that half of all very small businesses and 40 percent of SMBs have employees who regularly work outside the office. 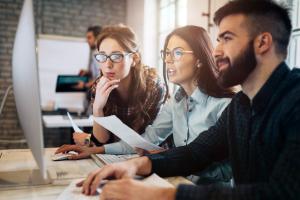 Techies wearing name badges from Cisco, Intel, Expedia, VMware, and Microsoft were most likely to grumble (led by 80 percent of Cisco employees). Interestingly, nearly 14 percent of Facebook employees claimed The Zuck overpays them. What’s in those free snacks? Honestly, who claims to be overpaid? “Hey, boss, I don’t work nearly hard enough to make this much money. Can you cut my paycheck?” has never been heard in a modern company except as satire in the Sales Retreat Skit.

The trick could be the “major cities” detail. Average rent in San Francisco for a two-bedroom apartment is $4,500 per month. Seattle is a cheaper but still high at $2,830 for a similar apartment. Those with families will agree job satisfaction drops fast when crammed into a bad apartment in a bad neighborhood. Sticker shock is particularly tough for home buyers in Sillycon Valley, where a Sunnyvale home with 848 square feet with two bedrooms, two baths, and a one car garage just sold for $2 million dollars. That’s $2,358 per square foot, a record for the Multiple Listing Service.

No wonder so many people are moving to Texas. This is what you get for around $2 mil in Dallas. You get even larger houses in the suburbs. Pick up your “Welcome to Texas“ guidebooks at the airport.