ICYMI: Our Channel News Roundup for the Week of July 29th 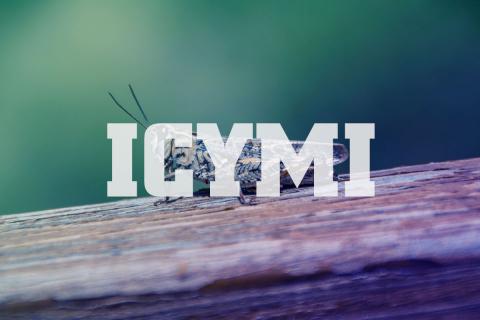 VMware support from Google, firewalls from Fortinet, and a biblical plague of Las Vegas-bound grasshoppers are all among the many stories we’ve just now managed to cover for you. By James E. Gaskin
Tweet

Forgive those who think we’ve hit that dull, painful part of summer: Major League Baseball grinds on, 28 of 30 basketball teams are unhappy with the results of all the free agent deals, and going outside means a one-two punch from the heat and mosquitos. But wait! Football (kinda) started with the NFL Hall of Fame Game. Cool breezes and Sunday football are on the horizon. 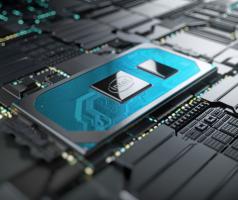 News from name-brand tech industry giants. Microsoft continues to plant a flag in the Internet of Things world with a new report titled IoT Signals. Over 3,000 IoT decision-makers in enterprise organizations voiced opinions. 85 percent are in IoT adoption mode, and three-fourths of those have IoT projects on the drawing board. 88 percent of IoT adopters feel IoT is critical to business success. Lack of available IoT talent causes problems for half the respondents.

Laptop users get ready to update your data devices of choice, as Intel just launched 11 new “10th Gen Intel Core” processors (pictured). Purpose built for AI and more on thin and light laptops and 2-in-1s, with up to 1 teraflop of GPU compute power thanks to the new Intel Iris Plus graphics. 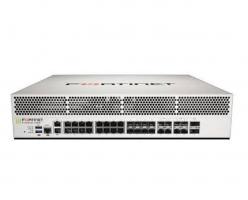 Because what would a week be like without security news? Fortinet announced three new high-performance FortiGate Next-Generation Firewalls. Hello to the 1100E (pictured), 2200E, and 3300E. Secure high-speed connections to multiple clouds built right in.

Qualys announced that “free” is the price for its Global IT Asset Discovery and Inventory app. Extra features available with paid subscriptions.

The LogRhythm NextGen SIEM Platform now aligns with MITRE ATT&CK, a curated knowledge base and model for cyber adversary behavior. Teaming up against hackers sounds like a good idea. SentinelOne apparently agrees, because they’ve added MITRE ATT&CK support too.

Have trouble explaining security issues to management? Of course, you do. Maybe the Cynet Security for Management template, a free resource from Cynet, can help. Does everything translate into pie charts? Couldn’t hurt.

Are your backup files safe? Cohesity CyberScan leverages backup data to access vulnerabilities, so it may give you some insight.

Mimecast launched the Cyber Alliance Program to align security vendors into an extensive cyber resilience ecosystem. In other words, the good guys are again ganging up against the bad guys.

Jamf extended its Mac focus with the acquisition of Digita Security endpoint protection for macOS. 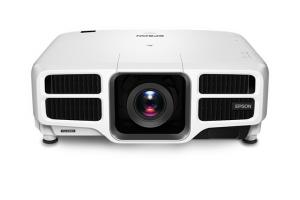 Other products made news, too. Grab the Ray-Bans when you light up the new Epson 9,000 Lumen Pro L Laser projectors (pictured). Now shipping, it comes in white (Epson Pro L1490U) and black (Pro LI495U).

Disaster Recovery as a Service for VMware is now on the shelf from US Signal, powered by VMware vCloud Availability.

A new team-up between Avaya and Tenfold hopes to enable joint clients to improve their customer experience, increase productivity of sales and service teams, and use AI to drive predictive engagement.

Still have those Ray-Bans in your pocket? You might need them with the new series of LG UltraFine monitors for Mac and iPad Pro. Choose from the 24-inch 4K display or 27-inch 5K display. 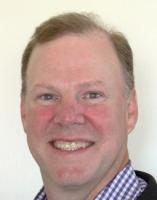 Non-product vendor news. New business cards for Todd Weber (pictured) as he moves up to chief technology officer for the Americas at Optiv Security.

Lots of new biz cards over at Nintex thanks to promotions and new hires. Here’s the new folks:

CompTIA enhanced its online testing platform with the acquisition of Metacog of Worcester, Mass.

SYNNEX did that dotted line signing dance with Arista Networks to address the large-scale networking IT channel.

Startup ISVs need lots of things, not the least of which is cash. Ingram Micro Cloud opened the application window for its international Comet Competition to find B2B software innovators. Award total of $5,000,000 will go to 60 ISVs in 16 competitions across five continents.

Are you in the identity verification biz? If so, you might want to join the international partner program started by Onfido.

Seem like there’s more clouds everywhere you look except outside to block the summer sun? You are correct, according to Gartner’s “Market Share Analysis: IaaS and IUS, Worldwide, 2018.” The total Infrastructure as a Service (IaaS) market grew 31.3% in 2018 to reach $32.4 billion, up from $24.7 billion in 2017. Number one once again was Amazon, followed by Microsoft, Alibaba, Google, and IBM. Amazon’s share dropped down to 47.8%, not much from the 49.4 it posted in 2017. Highest growth percentage was posted by Alibaba, at 92.6. The infamous “others” claimed 23.2% of the market.

IDC did some cloud research as well with its “Worldwide Semiannual Public Cloud Services Tracker.” Total growth rate of worldwide public cloud growth was 27.4% year over year in 2018. Revenues nearly hit $183 billion. The top 500 cloud services companies tracked for the report tallied 46.3% of all spending growth in 2018 and 35% of all 2018 spending, up three points from 2017. SaaS remained the most deployed segment with 62.4% of the total cloud market revenues. In the IaaS and PaaS segments, the top five vendors accounted for a 63% share of total spending.

For its “Customer Experience Trends in the Channel” report, CompTIA surveyed 406 U.S. IT businesses. About two-thirds of surveyed firms have made changes to their approach to the customer experience. About one-third are considering major or minor changes. In other words, pretty much all the IT firms are working to improve customer experience. The biggest challenge is lack of resources, meaning money and people. Smaller companies make up the majority of the channel but have the most staffing and financial constraints.

Of course, we circle back to security. Spiceworks announced a new study, The Future of Network and Endpoint Security. Over half (53%) of the 489 respondents don’t have a cybersecurity expert on staff. Worse, 17% have no access to cybersecurity expertise either internally or through third-party consultants. 17% employ no data encryption. Perhaps that’s why 32% of businesses still have Windows XP on at least one device. End of Service for XP was, what, five years ago? Yep. 79% still run Windows 7, which reaches EoS in January 2020. That’s close enough to start your Christmas shopping now, folks. Time to start upgrading or replacing old systems. 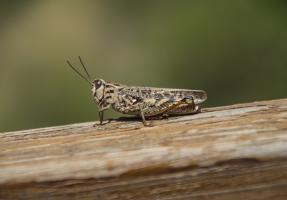 Vegas finally falls subject to the 10 Commandments. People have long gotten all biblical when insulting Las Vegas, calling the place Sodom and Gomorrah in the desert and worse. Remember the Old Testament 10 Plagues of Egypt? Locusts were #8.

Now Sin City is awash in #8, at least in the form of pale wing grasshoppers. It seems lots of rain in the desert south of Lost Wages (thunderstorms of hail and fire, #7, perhaps?) turned into an abundance of grasshoppers now migrating through the city. Or there could be a giant convention, like GES (Grasshopper Electronics Show), going on.

Aggravating, yes. Serious? No. Of course, if our biblical grasshoppers/locusts develop a taste for neon, the Gambling City of Lights may become a dark spot of despair.