ICYMI: Our Channel News Roundup for the Week of July 25th 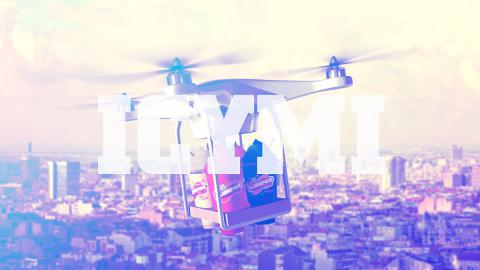 More earnings news from industry leaders, a flurry of announcements from Sage, and the successful test flight of a powerful new airborne Slurpee delivery vehicle are all among the stories you may have overlooked this week. By Rich Freeman
Tweet

Oh, what fun we in the media have lampooning those overeager Pokemon GO players who keep walking into lakes and off of mountains and stuff. I mean, could there be anything more pathetic than some guy getting so deep into a Pokemon hunt that he gets hopelessly lost and is found days later starving, naked, and gibbering like a maniac by the side of the interstate? Especially when he was supposed to be covering news in the SMB channel?

Not that we know anyone like that, mind you. But if we did, here are some of the stories he might have neglected to tell you about this week.

So how about those bellwethers? We got our second straight batch of earnings updates from top names in IT-dom this week, and with them a few interesting insights into current tech industry trends. And what, you ask, did the numbers tell us? Same ol’, same ol’ for the most part.

Apple, as expected, reported its second straight quarter of lower revenue, profits, and per-share earnings, thanks in large measure to declining shipments of iPhones, iPads, and Apple Watches. There are more down arrows ahead during the current quarter too, company execs warned, despite the expected September release of a new iPhone. On the plus side, Apple’s revenue from iTunes, the App Store, and other service businesses was up 19 percent year-over-year, suggesting a moral to this little tale that MSPs and cloud service providers have known for years: Services, people. It’s all about services, rather than hardware, these days.

Just ask Amazon. Remember when we said earlier this week that you could color us impressed if Amazon Web Services bested the 28 percent year-over-year net sales gain it recorded three months ago? Well, the same figure came in at 58 percent this time around. But, I mean, AWS couldn’t possibly beat that growth rate in its next quarter. Could it?

Finally, Alphabet delivered more of the same too. Well, not exactly the same. Sure, it lost $859 million on its various “moonshot” projects, versus $574 million in the same quarter of 2015, but the more than 19 percent increase in ad revenue it reported reassured Google-watchers that the internet gargantuan is weathering the rise of lower margin mobile advertising better than expected.

Oh wait, we missed one. That would be Citrix, which on Tuesday reported a 6 percent overall revenue increase, 14 percent SaaS revenue uptick, and 18 percent operating margin jump. But we procrastinated on telling you that mostly because we’re still trying to wrap our brains around the complex transaction (known among finance aficionados, apparently, as a “Reverse Morris Trust”) that the company also announced Tuesday.

That deal has Citrix spinning off its GoToMeeting business as a wholly owned subsidiary that will immediately merge with a similar just-born subsidiary of LogMeIn. The newly born mega-subsidiary will then be the wholly owned property of LogMeIn—except that somehow when the dust settles Citrix shareholders will own roughly 50.1 percent of LogMeIn, making it a kinda, sorta subsidiary of Citrix.

Got it? Great! Please contact us at your earliest convenience and explain the whole thing very, very slowly.

Sage storm. Seems only logical that if you manage to draw over 15,000 people to your annual user and partner event you’ll want to reward those folks for coming with something other than appearances by Gwyneth Paltrow, Zooey Deschanel, and Ashton Kutcher. And sure enough, Sage all but bombarded attendees at its Sage Summit event in Chicago this week with new products and partnerships. Specifically, the small business accounting leader announced that:

But hey, you ask, what’s new with Microsoft? And well you should, too, because Microsoft can’t seem to go a week without issuing a few noteworthy new products and product updates. Why just this week alone, the tech industry bigshot:

Bravo, Microsoft. Now get out of the way, please, so everyone else can grab a share of the product news limelight with announcements like these:

And there was more—more, I say—from vendors this week. These stories, moreover, didn’t involve new products:

Brain freeze on demand. At last, the drone’s true reason for being has come into focus. Contrary to what you may have read here, moreover, it has nothing to do with helping farmers or building inspectors complete dull, workaday chores. No, we now know that the drone’s first, best destiny is to bring ice cold Slurpee drinks to you in your backyard on a hot summer day.

That’s thanks to a recent, carefully controlled, and FAA-sanctioned experiment in Nevada with 7-Eleven which proved that fully autonomous drones can successfully and safely get donuts and candy to stoned college kids or hot coffee to people trapped on the night shift in a matter of minutes. And to think, people dismiss drones as playthings.