ICYMI: Our Channel News Roundup for the Week of July 22nd 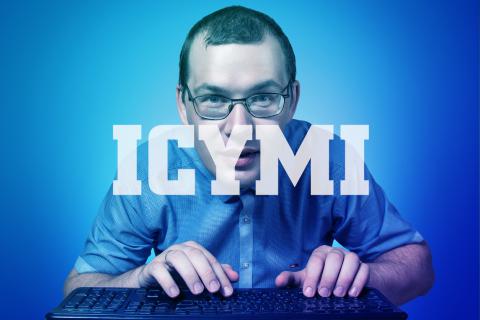 An AI alliance for Microsoft, a big deal with Apple for Intel, and this year’s Sysadmin Day (this is a thing, honest!) are among the stories we’ve just now gotten around to telling you about. By James E. Gaskin
Tweet

Do you smell fall in the air? It may be tough to recognize that cooling scent when Paris hits 108.7 degrees and all their stinky cheese gets even stinkier, but NFL teams reported to training camps this week. Nothing says fall like football, so tell your Parisian friends to stop whining and start watching football rather than futbol and the 108 will feel like a chilly 99. Feel free to sip a frosted beverage as we catch up on the newsbits we missed during the heat wave. 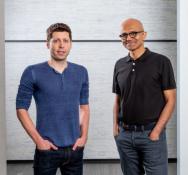 Intel sold off the majority of its smartphone modem business to Apple. Deal is worth $1 billion and should close Q42019. Patents are a big part of the transaction as well, so Apple can better control its own production destiny. Intel retains the option to develop modems for non-smartphone applications like IoT. 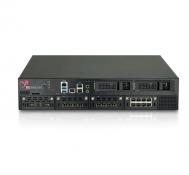 Security, of course, of course. AI is becoming the boss tech in security in many areas. Using AI, WatchGuard Technologies can now detect zero-day breaches in minutes rather than months. An updated edition of the company’s ThreatSync threat correlation and response platform included with the latest release of WatchGuard’s Threat Detection and Response helps MSPs clamp down on the baddies faster and save their customers some grief. And data.

Proofpoint focuses on saving the most attacked people in your org. First, it dynamically isolates URL clicks in corporate email and cloud collaboration system based on the recipient’s risk profile. Second, more training (because execs love security training).

Centrify, makers of Zero Trust Privilege security software, announced a free cloud-based Privileged Access Management offering for organizations that do not yet have a password vault. 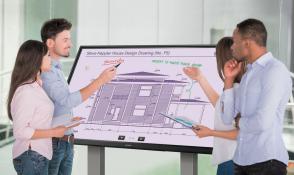 Other products also made news. Talking to customers is a good thing (really, not a joke). So Salesforce put new conversation channels in Salesforce Essentials for small biz folks to interact with customers on their preferred channels, like Facebook Messenger, Instagram, and YouTube.

Speaking of listening to customers, Atera just announced a community features board for their MSP customers to better connect with Atera developers on new functionality and the like.

Remember all that AI news up top? ManageEngine just announced general availability of Zia, parent Zoho’s AI assistant, in its Analytics Plus IT solution.

If your TV is 4K, why isn’t your interactive display system? Now it can be, thanks to the Sharp 4K Aquos Board displays (pictured) in 65-, 75-, and 85-inch versions.

5G gets the hype, but gigabit-class LTE will do the hard work for a while. Hello to Cradlepoint’s Gigabit-Class LTE edge router products, now with Verizon network certification. Cradlepoint also formed a global technology alliance with NetMotion to give mobile workforce-oriented industries improved performance.

The company doesn’t call it “phone in a box” but that’s the bottom line on the new 8x8 Express, a complete business phone system for emerging companies that’s ready to go in minutes.

Has anyone created business documents longer than Xerox? Newly released suite of compact multifunction printers has Wi-Fi Direct and easier mobile device printing. Tags are B210, B205, and B215. 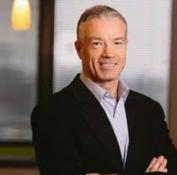 Perimeter 81 (security) signed with Ingram Micro to distribute its Zero Trust Network as a Service through the Ingram Micro Cloud Marketplace.

The mid-year update of the SonicWall Cyber Threat Report, based on real-world data gathered internationally, has good and bad news. Good: malware decreased 20% globally. Bad: a 15% increase in ransomware attacks globally, with a 195% jump in the U.K. New Ransomware-as-a-Service and open-source malware kits get the blame. Thanks to these toolkits and other factors, too many IoT devices remain a hacker’s best friend, resulting in a 55% increase in IoT-based attacks. Cryptojacking remains a bad-guy favorite, as do malicious payloads hidden within Microsoft Office and PDF files.

ConnectWise Identify (formerly a tool from Sienna Group) helped SMBs run more than 1,000 assessments on security. Sigh. An alarming 69% of SMBs have yet to identify and document cybersecurity threats, while 66% don’t know their vulnerabilities. 57% have not trained all users on security issues. Almost half (48%) have yet to analyze cybersecurity attack targets and methods, and nearly that number (43%) don’t have a recovery plan. Oops. This as costs from IT asset theft and damage increases from hundreds of thousands to over a million for incidents.

In a related and sad note, The 2019 SMB Cyberthreat Study by Keeper Security found two of three business leaders don’t believe a cyberattack with victimize them. Reality? Ponemon Institute reported 67% of SMBs had been attacked in the last 12 months. Don’t need a rocket surgeon to see that mistake. Only 12% understand an attack is very likely, no matter the size of the company. 25% admitted they have no clue where to start with cybersecurity. Don’t worry, folks, the hackers will show you.

The 2019 State of Web and DDoS Attacks survey from US Signal reported 83% of responding orgs have suffered a DDoS attack in the last two years. More than half were attacked multiple times. Average cost from attacks? $152,000, yet three in five say their website security is highly satisfactory. 73% trust cloud-based firewalls, 71% favor DDoS protection, and 62% use email security. An average DDoS attack caused 12 hours of downtime.

Research proves the Internet of Things does actually help SMBs and midmarket firms, according to the US SMB and Midmarket IoT adoption trends from Techaisle. Firms reported better-than-expected 43% improved controls within business through better operations monitoring, 42% increased business agility, and 41% were able to develop new products and services. Small businesses have soured a bit on IoT, but midmarket have increased IoT adoption efforts. Familiar small biz issues such as limited budgets and lack of skills continue to hamper IoT efforts.

IDC’s SD-WAN Infrastructure Forecast expects a 30.8 CAGR from 2018 to 2023, when the market will reach 5.25 billion. The SD-WAN infrastructure market remains highly competitive even as sales increased 64.9% in 2018 to $1.37 billion. Cisco remains the market leader in this segment, followed by VMware and it’s VeloCloud service.

Shhh, don’t tell retail it’s dying and interrupt the 99% of them who have implemented new mobile technology. Jamf commissioned Vanson Bourne for a global survey of 700 retail IT decision makers. Rounding up, 100% of those surveyed plan to increase mobile tech use in the future. 95% will ultimately offer company-issued mobile devices for staff, the same percentage will use or add point-of-sale systems, 93% will have mobile connections between physical and online shops, and 94% will have or add interactive in-store screens. 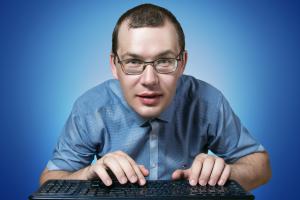 Happy Sysadmin Day! Today is the day! The 20th annual System Administrator Appreciation Day (don’t use the SaaD acronym, please). July 26 is the day, for some reason, probably because 20 years ago there was no date to match the IBM 360, and 4/20 was toking, er, taken.

Many struggle to pick the perfect gift for their sysadmins, but don’t strain your brain. Cash is always good. Amazon gift cards are handy because few sysadmins have time to shop, because users have trashed yet another system. If you were one of the users who recently trashed a system, put the Amazon gift card in a bag of donuts.

And speaking of donuts, sysadmins deserve to get the leftover donuts, bagels, chips, water, sandwiches, and afternoon cookies from every meeting room at least once per week. Really, sales and marketing, do you not think your sysadmins know you guys and gals ALWAYS wind up with the extra snacks?

When you see your sysadmin next, apologize for not getting them a Sysadmin Day card (where are they, Hallmark?). And pat your sysadmin on the back. Just don’t hug them.

LG Gram for Business 17 (2020): Big Reasons to Like It
END_OF_DOCUMENT_TOKEN_TO_BE_REPLACED