ICYMI: Our Channel News Roundup for the Week of July 1st 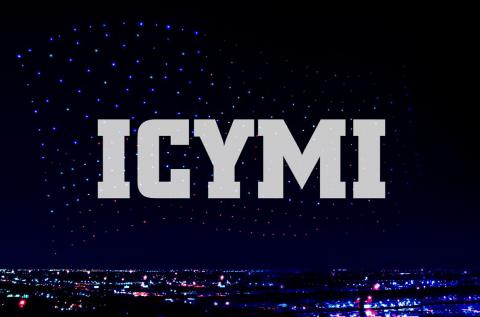 New products from Bitdefender and Acronis, a new gig at Carbonite for the former partner sales chief at Citrix, and a look at America’s favorite recipe for 4th of July fun (beer and fireworks) are among the topics we’ve finally managed to covering. By James E. Gaskin
Tweet

The first big blowout of (American) summer is the 4th of July, where most people in the States celebrate their independence from going to work. Instead of work, they make burnt offerings to the Gods of Summer, otherwise known as grilling hamburgers and hot dogs. And, if they’re lucky, watching baseball. If they’re really lucky, they still have all 10 fingers after doing dumb things with fireworks. While driving outside the city limits to buy said fireworks, we all missed a few newsbits, so let’s get back into work mode. 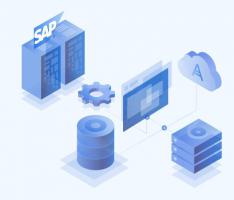 M-Files (information management) revved up its Microsoft Office 365 solutions in a big way. It now integrates within the user interfaces of Microsoft SharePoint Online, Outlook, and Teams. From there it provides direct access to enterprise data in a range of external repositories and line of business applications. 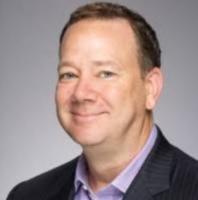 More vendor news, but without the products this time. Carbonite rolled out the red carpet for new Chief Revenue Officer Craig Stilwell, who moves over from Citrix. New business cards are in order for Charlie Tomeo, promoted to vice president, channel sales.

Those who believe virtual reality belongs not just in games but in the enterprise have a new corporate friend. HTC VIVE just launched a business unit, VIVE Enterprise Solutions, to deliver extended reality (XR) to businesses and developers worldwide.

Are you Canadians feeling left out of all the baseball and fireworks and grilling? Maybe this will help. Qualys (security) just rolled out the Qualys Canadian Cloud. The company now covers eight locations on three continents.

Speaking of clouds, Canadian or otherwise, IDC just released its Worldwide Semiannual Public Cloud Services Spending Guide. What say they? Public cloud spending will grow from $229 billion in 2019 to nearly $500 billion in 2023. Big movers to the cloud to keep up the CAGR of 22.3% include businesses in professional services, telecommunications, and retail. SaaS will be the largest category of cloud computing with more than half of all public cloud spending. The leading SaaS apps will be CRM and ERM. Security software and system and service management software will dominate the system infrastructure software area. The U.S. will continue to be the largest market, accounting for more than half the worldwide total in 2023.

The “bring your own device” battle is over and now reigns in almost every enterprise. That means companies will continue to need mobile device management (MDM) services. In fact, Addigy, big in the Apple device management world, just released news by ResearchandMarkets showing the worldwide market for new MDM will grow at a 31.4% CAGR from 2019 to 2024. Just because employees bring their own devices doesn’t mean you trust those employees, right? Of course not. Hence the stronger-than-ever need for MDM tools, including inventory management, policy management, security management, and device monitoring and auditing. Total market size will reach $26.45 billion in 2024.

It seems companies love the idea of 5G but are happy to let others make the first foray into that new world. Cradlepoint did a survey at the recent 5G World Summit in London and found 78% percent of orgs think 5G and Gigabit-Class LTE will have a big impact on their technology roadmap in the next 1-2 years. Sounds great, right? But only 21% are fully prepared for adoption. Worse, nearly half (46%) have made no or only minor preparations to implement 5G. Some of this is lack of education. Most (79%) say they have limited or no understanding of how these new technologies differ from what they have currently. 82% say they don’t understand how Gigabit LTE applies to them. Hey, folks, it’s faster. Isn’t that what we techies are always begging for, faster? 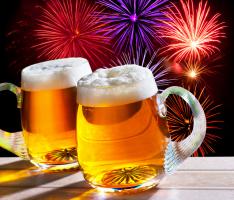 America’s recipe for the 4th of July fun: beer and fireworks. This week was the 243rd anniversary of the adoption of they U.S. Declaration of Independence, which is what the 4th of July is all about. That makes it a party, and parties cost money.

According to WalletHub, the 4th is one of the big drinking holidays (it’s hot, remember?). About $1.6 billion will be spent on beer and wine (mostly beer). $6.7 billion will be spent buying hot dogs, hamburgers, and other outdoor grilling goodies, which is actually down a bit from last year. We’re still expected to eat 150 million hot dogs on the 4th, however.

That’s about $73 per person celebrating. The total includes $1 billion for fireworks. You may remember the total of $1.6 billion spent on beer and wine, most of which will be consumed before the fireworks end the party with a bang. Lots of alcohol followed by fireworks can be dangerous, since fireworks by themselves can be a real safety issue. Just ask NFL player Jean-Pierre Paul about fireworks safety. If you still have 10 fingers, count yourself lucky.

LG Gram for Business 17 (2020): Big Reasons to Like It
END_OF_DOCUMENT_TOKEN_TO_BE_REPLACED